Toddler munches her way through doormats, gravel, her cot 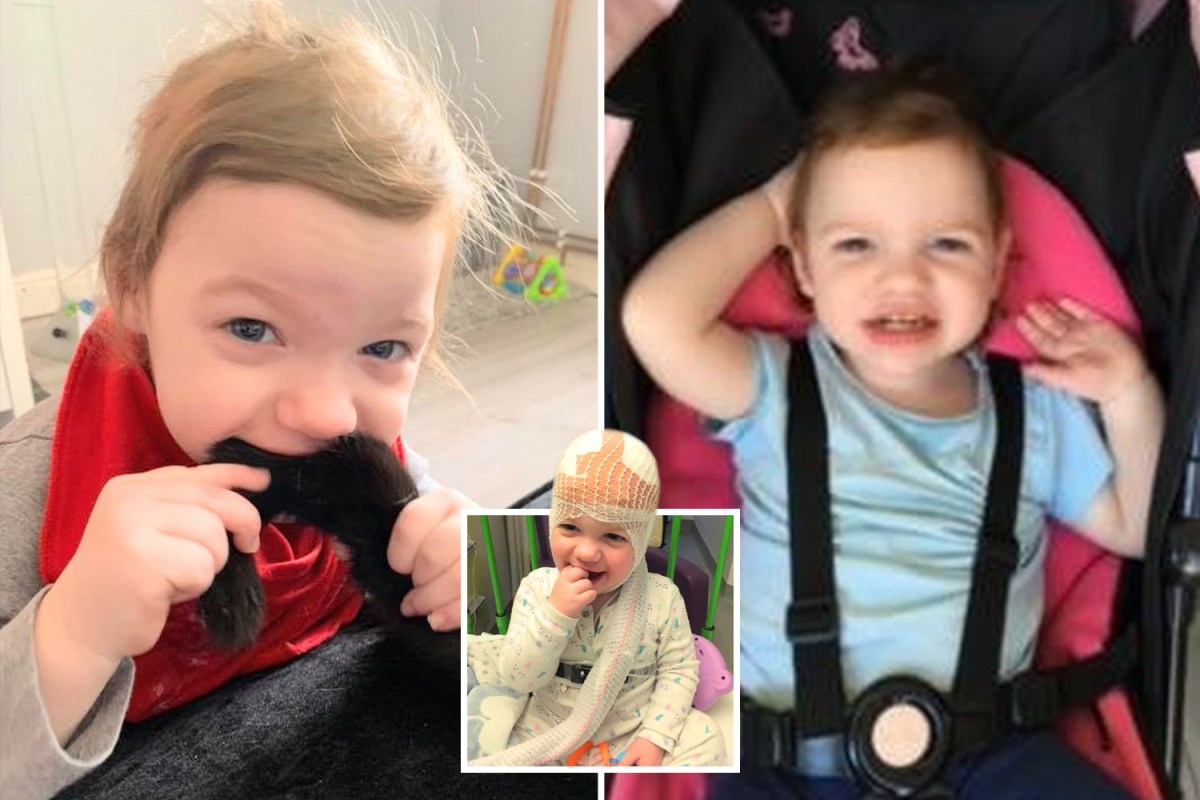 The parents of a "beaver" toddler who chomps through doormats and CDs have been forced to remove loads of household items from their living room for fear she will eat them.

Little Ruby Smith, from Bedford, has an ultra-rare neurological disorder that causes epilepsy, paralysis and pizza – a condition that sees her eating non-food items.

Mum Claire Parsons has had to ban Ruby from going into the garden or kitchen on her own, because she was known to eat gravel, grass and cat food if left alone.

She even had a go on her cot, which has gnawing marks on the wood.

Now, Claire, 44, has been forced to crowdfund for a special needs bed that includes "plastic teeth covering" so that her "special little girl" does not eat it.

"She's always got something in her mouth – even the cat! She's like a little beaver," said Claire.

"If she can get her hands on it she will eat it.

"The wooden bar [of her cot] has been chewed down for a few months. I have to be careful what I cover it with so she can not chew that either.

"There's nothing in our living room for her to get hold of – no books, no DVDs, nothing she could rip up and chew."

Pica is an eating disorder that involves eating items that are not actually food.

There are no laboratory tests for the condition yet.

Pica often occurs along with other mental health problems and learning difficulties.

It can affect children, teens and adults.

Pica is also listed as a common symptom of AHC, and it causes the sufferers to eat non-food items like hair, dirt or foam.

The brave little girl was first diagnosed with AHC in 2016 after repeated visits to the Bedford Hospital for genetic testing.

She started having seizures at just five days old, and would be rushed to the hospital "three or four times a week".

Now four-year-old, Ruby has a mental age of about 10 months.

Like a baby, she chews and licks things rather than using her other senses.

"(Pica) can be very dangerous. Children with her condition are prone to choking due to paralysis and low muscle tone," her mum continued.

"Paper is one of its favorites – like on video games cases. So we do not keep those anymore or CD cases.

"She has tried to eat grass and gravel in the past.

"We had one of the furry doormats too and she choked – she took a big chunk out of it. Her dad, Sam, saved her life – I was about to ring an ambulance."

The bed, which needs to be made by a specialist firm, costs £ 1,500 and will be made from plastic-covered wood.

Homeless man's brain 'hanging out' after 4,000 maggots ate away at his head

Self-charging pacemaker could end misery of repeated surgery for thousands

"This bed will be a safe place for her. It's just a part of who she is," Claire said.

"We need to keep her safe from choking because that's what's most important."

You donate it to Ruby's bed, visit her JustGiving page.