The war against mosquitoes saves lives and money in Sri Lanka 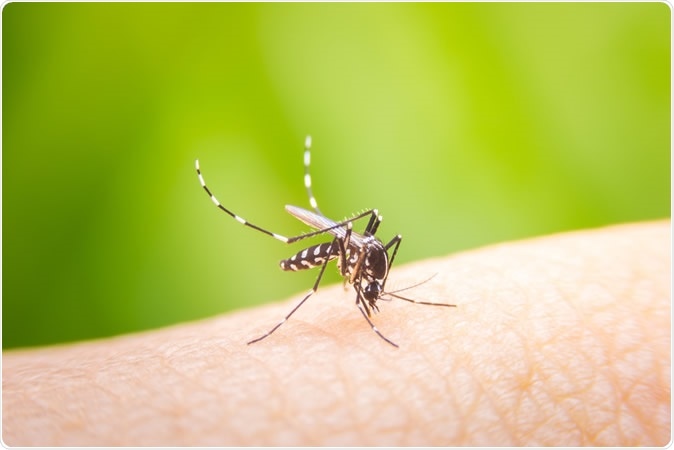 A major anti-mosquito movement in Sri Lanka has reduced the incidence of dengue and saved a lot of money, according to a study led by the University of New York's Global Public Health.

Dengue is a viral disease that is transmitted by mosquitoes, resulting in fever, body pain, rash, and sometimes life-threatening complications. In such cases, hospitalization and intensive care are mandatory, which burdens public health spending in areas that are different from dengue, such as South Asia. The disease has hit Sri Lanka over the past few years, with over 55,000 being reported in 2016. Initially efforts were made to derive a dengue vaccine to reduce the incidence of the disease. However, unwanted vaccine-related effects prevented its spread. This has led the preventive efforts to control the population of mosquitoes.

To do this, Sri Lanka was a pioneer in the Public Health Partnership Initiative – reducing the mosquito population with a team effort between the Ministry of Health, the military, and the police.

The focus was on door-to-door monitoring across large areas for the detection and eradication of mosquito breeding sites. Each team consisted of public health personnel, as well as representatives from the police and the military. At least 50 sites were checked every day, with the team looking for stagnant water in containers and other possible places. This was in addition to the mosquito control measures already in place, such as the application of larvizide and insecticide.

The current research has reviewed the impact of the intervention between June 2014 and December 2016. The area selected for the survey was an urban part of the western part of Sri Lanka with high dengue endemicity. The examined parameters included symptomatic dengue rates before and after the intervention and cost of the program, as well as the cost and benefit analysis. Conflicting factors such as climate change were corrected in analyzing data.

The purpose of the study was to provide a source of information for public health planners and policy makers to determine which interventions contributed to the greatest positive impact at the lowest prices, especially in regions and cultures with limited supply of resources.

The study concluded that the mosquito control program has influenced the breeding of mosquitoes in the target population, reducing the number of larvae, and a 57% reduction in dengue rates. This means that the intervention performed during the 31 month prevented nearly 2,200 dengue cases.

The total cost of the mosquito population control initiative was $ 271,615. Of this, about 90% is used to pay the staff costs used in the program. This is not surprising, as the intervention completely relied on house-to-house visits and manual removal at all locations where mosquitoes are likely to grow.

In conditions of moderate hospitalization, the financial savings that resulted from few dengue cases due to mosquito control was $ 291,990. This more than compensated for the costs of the program, leaving a surplus of $ 20,247. In addition, the researchers estimated that during the study period, 176 years of Adjusted Age Years (DALY) were prevented, with a savings of $ 98 per DALY.

When considering a scenario for high hospitalization, it was found that the program is economical in this setting, saving $ 512 per DALY. But with the scenario of low hospitalization, a set of calculations led to it being considered cost-effective, but not for others.

"" Even if a safe dengue vaccine becomes available in the future, mosquito control is likely to remain a key complementary strategy to reduce the continued spread and intensification of dengue, "commented Yezim Tozan, senior author.

In conclusion, areas affected by dengue could have significant benefits from mosquito control efforts if they are carried out with careful planning, resolution and energy.

Leading author Prasad Liyanage said: "Our study suggests that communities affected by dengue can benefit from mosquito control investments if the interventions are implemented rigorously and coordinated across sectors. Thus, it is possible to reduce the disease and the economic burden of dengue" .

The study was published in the journal Lancet Planetary Health in May 2019.