The army is not responsible for $ 2 million, the abuse of state resources 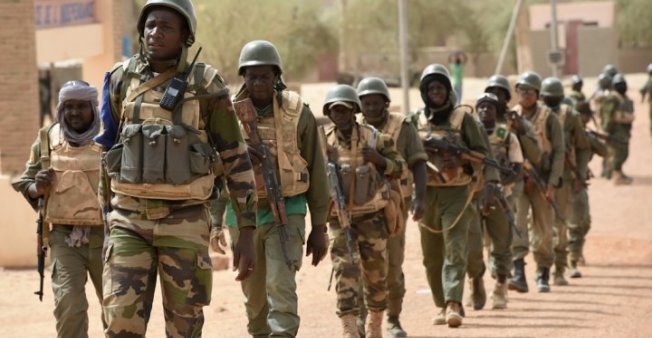 The Ministry of Defense for the second year in a row did not spend $ 2 million incurred in the year ended December 2016. Another USD 358,453, which was not paid on a continuous basis for airline tickets and hotel accommodation, was also not included, as Mail learned and Telegraph.

In a supplementary report to the recommendations of its Chartered General Auditor (AG) in 2016, Mildred Chiri expressed concern at the glaring gaps in the Ministry of Defense funds' account for the year ended December 31, 2016. Which remained unresolved on December 31, 2017.

"I reported that there was a difference of USD 2 492 586 between the Submarcyst account and the Ministry of Finance account, which had not been agreed." There is a risk that the declared expenses can not be approved as real expenses for the ministry, Chiri said.

"The ministry did not fully implement the recommendation because coupons worth 37 631 USD were made, leaving a balance of $ 2 454 955 without remuneration."

She added: "I filed a report on non-compliance with Treasury instructions 1216 by the ministry when it processed $ 358,453 for airline tickets and hotel accommodation with pro-forma invoices and only prices, I added that supporting documentation, such as receipts, did not has been used to approve expenses.

Some $ 2,000 were also feared, which were not posted for the payment of $ 12,000 to the local government ministry for renting the stadium.

"In addition, there was no evidence that the reimbursement of a refundable USD protection fee of $ 12,000 to the ministry of local government for a higher stadium returned to the ministry.

"I added that a security deposit should be made for resources to be used to finance other ministry activities."

Chiri also pointed out that the service providers Tel-One and ZINWA are guilty of $ 2 804 925 and USD 225 297 respectively by the Ministry of Defense.

The report concludes that in the absence of a variance distribution, the declared expenses can not be considered as real expenditure for the ministry.

"The Ministry should agree on the balances of expenses from various sources to increase the accuracy and credibility of its financial statements," said AG in its earlier recommendation.

The general auditor also noted that there were several unsettled variances for extended services to the Zimbabwean National Army.

If our services have helped you, our work would be much safer thanks to your help – You can support ZimEye for just 5 pounds – and it only takes a moment.
[ad_2]
Source link
Share