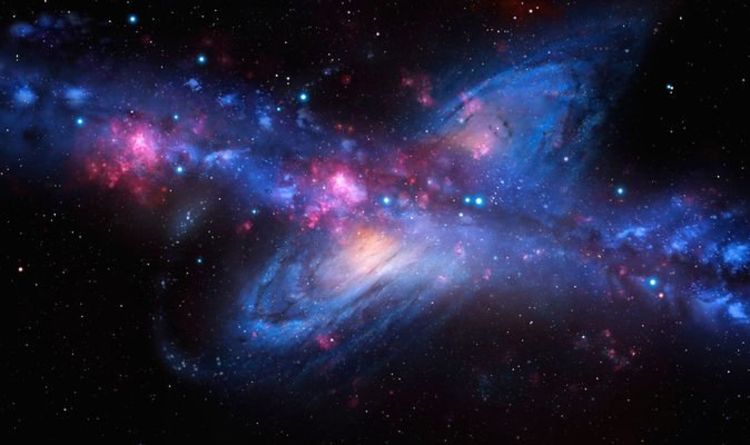 Using the space telescope "Spitzer" of the space agency, they managed to make historical remarks. According to CNET, galaxies look like a small, orange point that trembles in the deep ocean of darkness. The researchers claim they are similar to the first images of the black hole in appearance.

They believe that discoveries can help scientists who want to get more data on the "Epoch of Reionization".

The findings were published last month in the magazine "Monthly Announcements of the Royal Astronomical Society".

Gareth Ellingsworth, co-author of the study, said: "Our latest Spitzer score reveals how different these early galaxies are for those in later times and points our sample as a key set to provide insights into how galaxies so effectively reoriented the universe."

Michael Werner, a scientist for the project with Spitzer in the NASA's airplane refrigeration laboratory, added: "We did not expect that Spitzer, with a mirror that is no bigger than Hula-Hop, would be able to see galaxies so close to the time.

"But nature is full of surprises, and the unexpected light of these early galaxies, together with Spitzer's superb performance, puts them in the scope of our small, but powerful observatory."

Spitzer had to star in the same region in the sky for more than 200 hours before he noticed it.

The telescope studies cosmos as a party in its campaign.

As Spitzer was set up in the region for so long, he collected light that traveled through space to reach Eatt.

The telescope is based in the orbital Earth Observatory, operated by NASA and the California Institute of Technology.

The findings are important because it is believed that ionizing radiation contributed to the Epoch of Reionization in the Early Universe.