Binyavanga Wainaina: an award-winning Kenyan author who campaigned for gay rights and sent it west 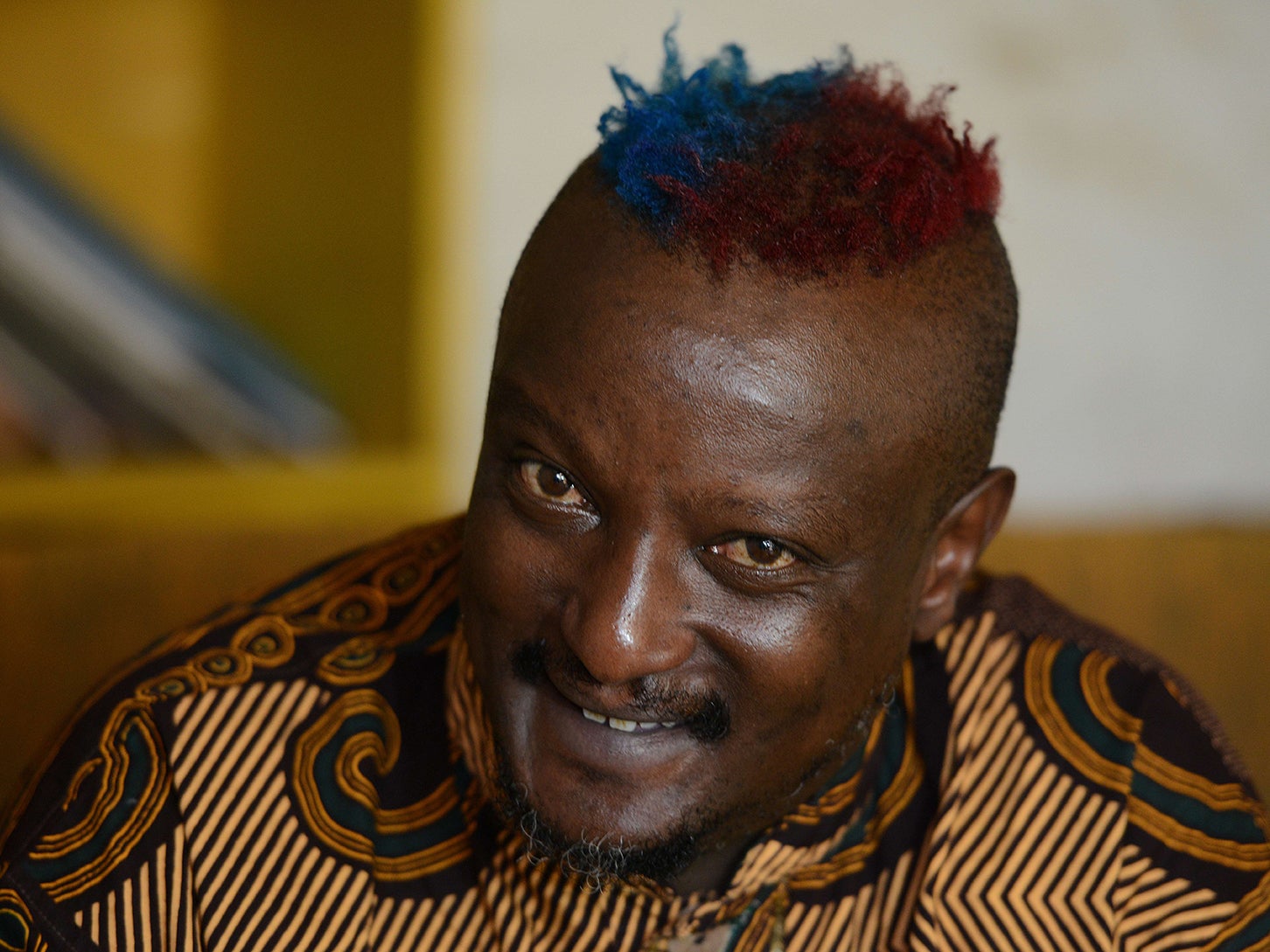 Weinya chose to come out as a gay man in a country that has long demonized homosexuality.

With her leather short hair with a rainbow, Weiniana was considered one of the best African writers of his generation and a key figure in Kenya's modern literary history.

We will tell you what is true. You can create your own view.

He received the Caine Award for African Writing in 2002 for his short story "Discovering the Home", a semi-autobiographical story about a young man returning to Kenya from South Africa. The following year he founded the literary magazine in English Kwani? (Sheng, Swahili / English dialect, "What, what?"), What prompted the wave of artistic creativity just like Kenya's autocratic president, Daniel Myra, left office after 24 years in power.

"Binyavanga was unconnected in his imagination – not reminding us of the art and characteristic playfulness of what English might look like when it's African," said Elah Wakatnam Alfred, editor and literary critic of Zimbabwe, honoring the death of Vaynana.

As an editor and writer for publications in Africa and abroad, including Vanity Fair and The New York Times, Wayne spent much of his career working to destroy the stereotypes against gay Africans and the continent as a whole. He gained international fame with his 2005 essay "How to write about Africa", a satirical answer for more than a century of over-committed, devoted works for the "dark continent".

"Always use the word" Africa "or" Darkness "or" Safari "in your title," he began, before advising western writers to "treat Africa as if it were one country." He added: "Make sure you show how Africans have music and rhythm deep down in their hearts," and avoid mentioning "children going to school who do not suffer from dumping or Ebola fever or manipulating female genitalia."

"Africa is the only continent you can love – use this," he added. "If you are a man, go into her warm virgin forests. If you are a woman, treat Africa as a man who brings a bush and disappears in the sunset." Africa needs to complain, to bow or to dominate, which corner you are taking, make sure leave a strong impression that without your intervention and your important book Africa is doomed. "

The essay was originally published in Granta, which states that the Weinain's article is one of her most popular works. "As a student, he sent the magazine a strongly worded letter condemning our African issue in 1994" Granta Twitter on Wednesday. "His ironic criticism was so insightful and true that we published it."

Weiniana drew criticism for her 2011 memoirs, One day I will write about this place, and three years later he announced what he described as a "lost chapter" from the book "I'm a homosexual mother."

With the publication on the Internet, the essay became a "gay bomb" in Kenya Daily Nation writes and made Vineya one of the most prominent gay men in Africa.

The story imagined that she was going to his mother on her deathbed – because of visa problems, he was unable to fly from South Africa to reach it in time – and his decades-long struggle to embrace his sexuality. He knew he was a homosexual for five years but did not act on his feelings until five years after his mother's death in 2000 when he received "massage and some short, paid love" in London.

Vainjana said the article was inspired partly by increasing the penalties against LGBT + people in Africa. Last Friday, Kenya's high court upheld the ban on homosexuality in the country.

Three months after the publication of the essay, Vineya was named one of the Time magazine "100 Most Influential People".

"He felt obliged to cleanse him with shame" about homosexuality, "wrote the Nigerian writer Chimamanda Ngozi Adichi Time. "By publicly and courageously declaring that he is gay African, Binjavanga demystifies and humanises homosexuality and launches an indispensable conversation that can no longer be for" impersonal others. ""

Kenneth Binyavanga Wainaina was born in Nakuru, Kenya's Rift Valley in 1971. His father was the managing director of an agricultural company, and his mother was the owner of a hairdresser born in Uganda.

By 11, Vainjana recalled in his memoirs, he found himself engaged in the stories. "If the words, in English, arranged on the side, have the power to control my body in this world," he wrote, "this sound and language can close their folds as a fan, and I will glide in my world, where they are arranged differently. "

While in school, Weinya wanted to write dramas and novels throughout the learning process. He attended the Transkei University in South Africa but gave up and moved to a "one-room house" to devote his life to reading.

He came to support himself through the catering and consulting business in Cape Town, where he developed a collection of over 13,000 African recipes, worked as a freelance feeder and travel journalist and began writing short stories. Later he received a master's degree in creative writing from the University of East Anglia in England.

By 2001, when he returned to Kenya, he instigated almost everyone he knew to "write, write, write" – they developed a list of photographers, poets and storytellers who ultimately contributed Kwani?, is considered the first literary magazine in the country.

"He told us that in the new Kenya we can talk about real issues," writer Alvas Onuguru told Washington Post in 2003. "You can talk about race and express yourself politically. So many friends and friends of friends who dreamed of being writers got out of the woodwork."

"From colonialism, we were told how to think," says Vayneya for that newspaper. "I think most people are thrilled that they are gone these days. It's time for Kenyans to carry out their work and define themselves."

Last year, he announced he was engaged with his partner, Nigerian, whom he did not publicly name, saying he plans to marry and live in South Africa.

Wainaina was director of the Chinua Achebe Center for African Writers and Artists, based at Bard College in Annandal-on-Hudson, New York. But for all of his lectures, speeches and honors of the magazine, he opposed seeing him as an activist changing in the world – especially when he rejected the Young Global Leader award at the 2007 World Economic Forum.

"The problem is that I am a writer," he wrote in a letter to the organization. "And although, like many others, I go to sleep at night by fantasizing about fame, wealth and credibility, what is most valuable in my trade is to try to keep myself loose, independent and creative … I would be an act of a big scam for me to accept the slow idea that it will "significantly affect world affairs." "