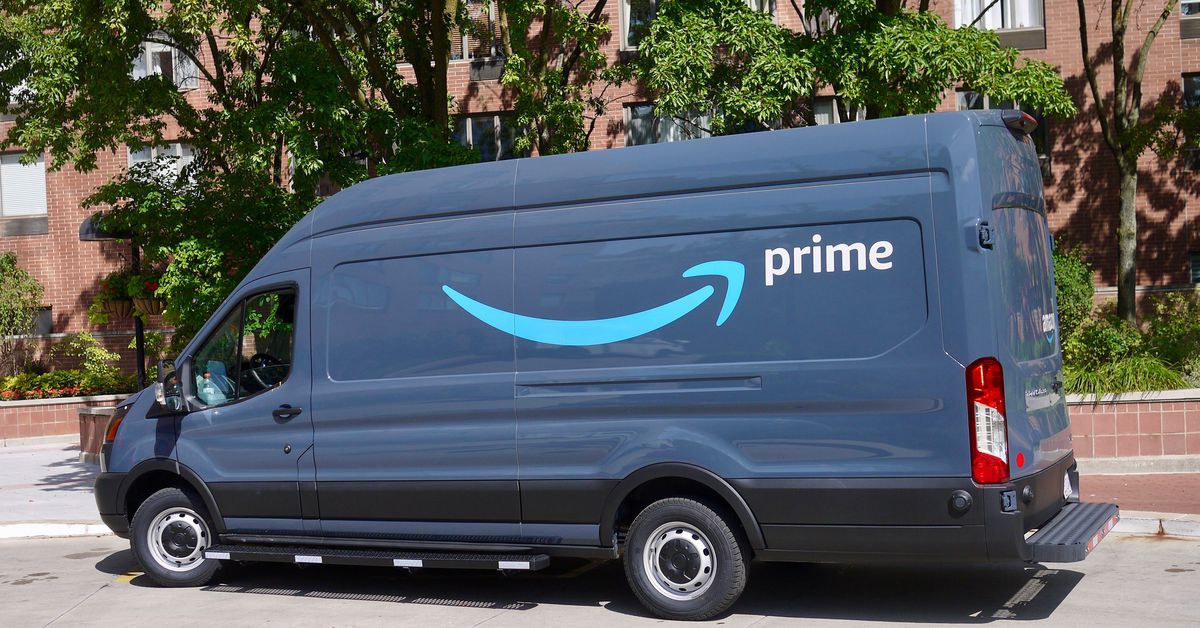 But an area where Amazon's growth has been noticeably restricted: low-priced goods where the cost for Amazon to ship them is higher than the price a customer pays for the item.

Over the last few months, Amazon has removed several barriers that have previously made it difficult for customers to purchase a single sub- $ 5 item on its own. The result is a flood of low-priced items – a $ 2 roll of dental floss or a 75-cent makeup brush – made available to Prime customers with free one-day shipping.

The changes could have huge ramifications for retailers like Target or CVS, where one-off purchases of consumer packaged goods are common. At the same time, the moves could also add to complaints that Amazon engages in anticompetitive behavior, though current laws typically protect companies that keep prices low for consumers.

An Amazon spokesperson did not provide a comment on possible anticompetitive concerns. Instead, she said, "We know our customers love our vast selection, low prices, and free one-day delivery with Prime and we are always innovating to improve their experience."

Until recently, someone looking to buy a single item like a deodorant stick would have to jump through some hoops on Amazon to get it – maybe they'd have to buy a four-pack of deodorant in order to make the economics work for Amazon . Or maybe they have to pair a single deodorant stick – as a so-called "add-on" item – with other goods in order to hit a minimum of $ 25 before Amazon would qualify for Amazon Prime fast shipping.

But Amazon has now essentially removed its “add-on” program and is also starting to place wholesale orders for cheap items that once turned out to be due to profitability concerns. Analysts at Edgewater Research noticed the changes and wrote in a September research note that Amazon had “essentially turned off its Add-On program in recent months.” The category of products likely to be most affected by the changes? Consumer packaged goods – or CPG items – that encompass everything from deodorant to toothpaste to shampoo.

These are items that are common purchases in supermarkets, Walmarts, Targets, or pharmacy chains like CVS, Rite Aid, or Walgreens. But they have been difficult for Amazon to sell profitably unless customers were willing to order other items with them.

Now, however, the combination of these changes, coupled with Amazon's recently accelerating Prime shipping from two days to one, means that Amazon could become the go-to retailer for a category of regularly consumed household items that has yet to penetrate deeply.

Say you want a single stick of Suave deodorant for $ 1.99 or a single package of dental floss for $ 1.79 or even a 75-cent "crease brush" to apply eye shadow. If you are an Amazon Prime member in the US, you can now get each of them on their own – tomorrow – for no added shipping fee.

For Prime customers, the convenience of getting such a cheap item delivered so quickly is one that is likely unmatched. And for brands, the initial sales bump is welcome.

“In many cases, seeing low-priced items grow faster than high-priced items [on Amazon] for the first time in years, ”said Chuck Linden, executive vice president at Crayola, the popular maker of crayons and other writing instruments.

But for competitors like Walmart and CVS, Amazon's ability to sell a 75-cent item that comes with free next-day shipping should be concerned.

"There's no way shipping costs are less than 75 cents, and there's no way any other company that wants to sell a makeup brush could deliver that for free," said Sally Hubbard, a former New York State antitrust enforcer who now works at Open Markets Institute, an anti-monopoly think tank. “It's not possible and it highlights how pricing strategies can be used to drive rivals from the market. But antitrust law currently misses this anticompetitive conduct with its obsession with low prices, ”she told Recode.

One lingering question for brands like Crayola, which are suddenly supplying Amazon with low-priced goods that the e-commerce giant is likely to lose money on when factoring in shipping costs: Will Amazon eventually go back to the brand and ask to be made whole?

It is not uncommon for retailers to pressure their brand suppliers for money, for example to offset the cost of a marketing boost needed to unload a slow-selling product. But Amazon is notorious for the frequency of such requests, whether it be trying to renegotiate terms with its vendors or asking manufacturers to write big checks if Amazon realizes after selling a certain product that it is losing money on those orders.

Will it happen now that Amazon is starting to sell tons of low-priced items in a way that seems unprofitable? One former Amazon executive certainly thinks so.

“Has been great for the manufacturers; experiencing sales growth, ”said Andrea Leigh, a former longtime Amazon executive who is vice president at Ideoclick, an agency that helps brands sell and advertise on Amazon. “But I want to warn you not to get too comfortable. In six months, Amazon is going to come back asking you for money and can hold the brand hostage. ”

Last year, Leigh said Amazon approached brands that work with Ideoclick and requested hundreds of thousands of dollars to make up for lost money when selling some of their goods. When the suppliers declined to pay up, Leigh said, "Amazon paused the whole account," not just the specific products in question. “Called going on a pause… a vendor pause.” Basically, that means Amazon will temporarily stop selling a brand's products.

New initiatives related to low-priced goods also have the potential to anger some Amazon employees and perhaps anyone worried about climate change. Over the past year, a group of these workers – dubbed Amazon Employees for Climate Justice – have publicly and privately urged the company to reduce its negative impact on the environment. Last month, CEO Jeff Bezos announced several climate-related initiatives the day before more than 1,000 Amazon employees were set to walk out in protest, but the group is still pushing for more change.

Now, these workers – and consumers – are going to face a new reality where Amazon is shipping a single stick of deodorant through its supply chain and onto a fuel-guzzling truck in order to grab a larger share of the retail market.

It's all a reminder that Amazon's size and power mean that when it makes seemingly innocuous changes, like letting you buy a toothpaste tube with free next-day shipping, it triggers a series of consequences: for brands selling on its platform, for traditional retailers. trying to survive, and, potentially, for this planet.