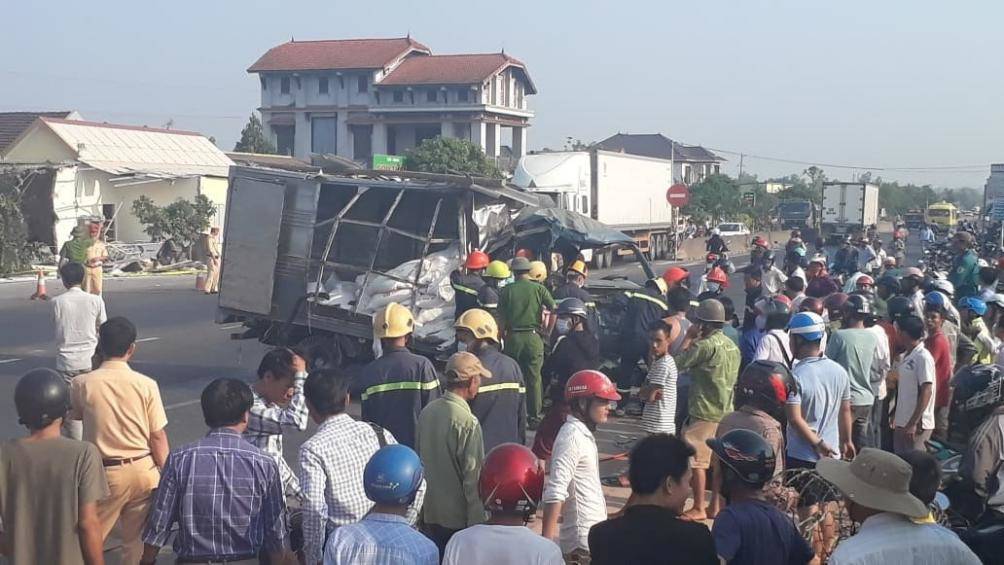 The traffic accident happened around 6h20 on April 25, at the junction of the National Highway 1A crossing the road 74, passing through the village of Ha Tah (Guo Chau, Guo Lin, Quang Tri). Containers carry BKS 37C – 10128 traction stern BKS 37R – 00456 by driver Trin Din Hong (SN 1989, staying in Vin City, Nghe An) for controlling the traffic on the National Highway 1A in the direction North – South. When they arrived, they suddenly collided with a truck carrying BKS 75C – 08844, driven by Nguyen Van Hoon (SN 1984, who lived in Thua Thien – Hue).

Now, The container truck crashed part of Mr. Van Hai's house (which lives in the village of Ha Tah, Guo Chau, Guo Lin) and crashed into the truck's head, causing the truck to be thrown far away in the cabin.

The accident caused two vehicles to be damaged, two drivers were seriously injured, many flour paths were poured along the road.

Received news, Police of Ji Lin District quickly present at the site of channeling, traffic regulation and incident investigation. At the same time, the rescue forces shake the cab to take out the body of the unfortunate victim.