The president of Ka Mau sent an inspection of the hospitals 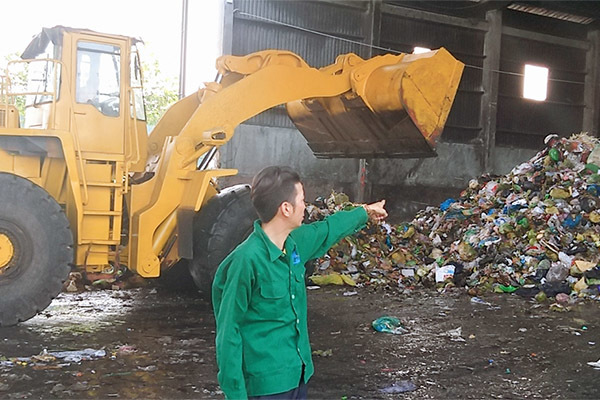 The Provincial People's Commissar Ka Mau gave instructions on 300 cases of fetuses that left trash that attracted the attention of public opinion.

Regarding the information that Ca Mau Waste Treatment Plant has uncovered more than 300 fetal-wasting bodies over the past seven years, the Chairman of the Provincial People's Committee Ca Mau Nguyen Tien Hai has issued documents to guide the strengthening of management. management of medical waste in the province, strict handling of injuries.

"Checking and reviewing the means of transporting fertilizer with fetuses, immediately reporting to local zoning and investigating authorities according to regulations," the official said.

Also, according to the official posted, Tan Cuen Ward National Committee, when receiving information from a waste treatment plant to detect the fetus and trash, must send staff directly to the scene to check, record and handle according to in accordance with the regulations and immediately informs the President of the City People's Committee.

Recently, Mr. Fan Hoang Wu, chairman of the Ka Mao People's Committee, said he had directed the functional departments to form a working group at the waste processing plant to grasp the situation. The mission will come to the factory to work.

"After the working group finished working with the plant, the next step was proposed," Wu added.

Also, according to Mr Wu, whether to dig the graves of the fetus or not, the City People's Committee will decide after going down to the factory to grasp the specific situation.

Sharing with the press, ect. director of the Ka Mau Department of Health, Nguyen Van Dong, said he had written instructions to direct the units to review and re-examine them. Mr. Dung said that after reading the report of Cong Ly, the developer of the waste treatment plant in Ca Mau City, was "very surprised" about the number.

"When the fetus is confirmed that the fetus has died, the hospital will be handed over to the family, the dossier is signed by the family." In the near future, the Department is considering and confirming that there is no story about the hospital that removes the fetus with rubbish. "As for the clinics, it is absolutely forbidden" , said Dung, saying that due to feedback, he directed his subordinate units to continue to check and verify.

According to the Ca Mau Hospital – Maternity Hospital, when pregnant women are hospitalized, the hospital will prepare medical records for diagnosing and terminating pregnancy when it meets the requirements. After the birth, the hospital invites a representative of the mother to report on the condition of the baby and the mother.

In case a pregnant woman does not meet the conditions for single, the child is abandoned, the hospital will report to the police police to record the case, then assign a body to the morgue to request a land fund and a baby burial in accordance with the process.

In Ka Mau left 300 fetuses: Keep them in black, not intact

"The fetus is often packed in black and uncovered in a state of intolerance," said Kan – leader of the working group.