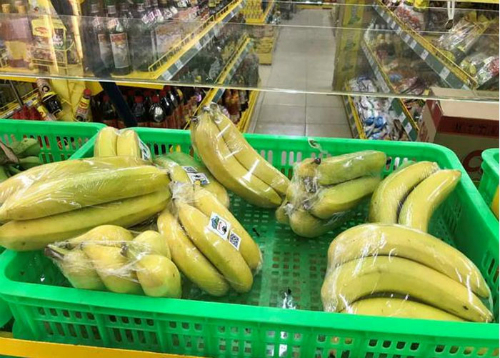 In the fourth quarter of 2018, the company's net income reached more than 890.6 billion euros, an increase of 38% compared to the same period last year, but the gross profit was very modest, reaching only 200 billion VND. In the last 3 months of 2018, sales of rubber latex increased by 4 times compared to the same period last year, reaching more than 221 billion VND, but this segment was still ineffective as the cost of capital reached more than VND 231 billion . Charging to eat at a profit. The only bright spot for this quarter is a 40% reduction in financial costs.

Accumulated in 2018, the net income of the CIS reached more than 3.685 billion VND, an increase of 11% compared to the previous year, but a negative profit. The company must bear losses from the cost of liquidation of the oil palm to shift its purpose to the garden, along with the strong increase in the price of goods sold, which has stalled the business results. Profit after tax for the whole year was more than 646 billion dong, far below the target of the 150 billion dong net profit proposed by the Board of Directors at the annual shareholders' meeting in 2018.

As of December 31, 2018, the total assets of the company totaled more than 30.7 billion VND. Although the gloomy business results, the HNG's financial index was significantly improved with a decline in liabilities compared to the beginning of the year. The long-term debt is 9.551 billion VND. The short-term debt of more than 5.940 billion VND stems from the issue of convertible bonds and short-term loans from individuals and businesses.

In the third quarter of 2018, Tako signed a strategic cooperation agreement with HAGL to invest in two companies, HAGL and HAGL Myanmar agricultural company. For the agricultural company HAGL, through the contract for trading with convertible bonds with the CIS, it is not fully distributed to the existing shareholders (to offset the above-mentioned debt) and through the operation for buying shares.

After purchasing debt elimination bonds, Thaco and Thaco shareholders own 35% of HNG with a total investment of more than 3,800 billion VND. At the same time, Dai Quang Min also invested 51 percent and will continue to collect 65 percent HAGL Myanmar with an investment capital of 4,000 billion VND.

Thaco pledged to arrange loans of around 14,000 billion VND and mobilize investment capital to take care of existing fruit plantations, and to expand and continue to invest in the second phase of the project. Myanmar. The total amount of Taco's investment in Hoang Anh Guai Lai is about 22,000 billion VND, about $ 1 billion.