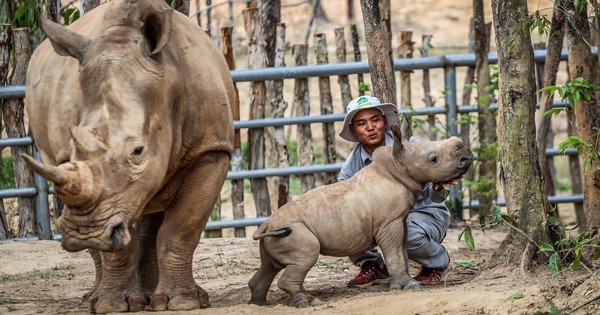 "Care for the rhino is not difficult, but to understand the rhinos is extremely difficult, but to reproduce it is also very difficult" – Mr. Nguyen Din Cao (Animal Care Manager, Zoo Zoo Vinpear Safari Fu Kwok) sincerely entrusted the trip, but it was also great to accompany the two children's rhino to give birth.

Let the baby rhino be born healthy, much depends on the native rhinoceros, although it still can not mention the support of a dedicated team of "midwives" who are always quietly behind. 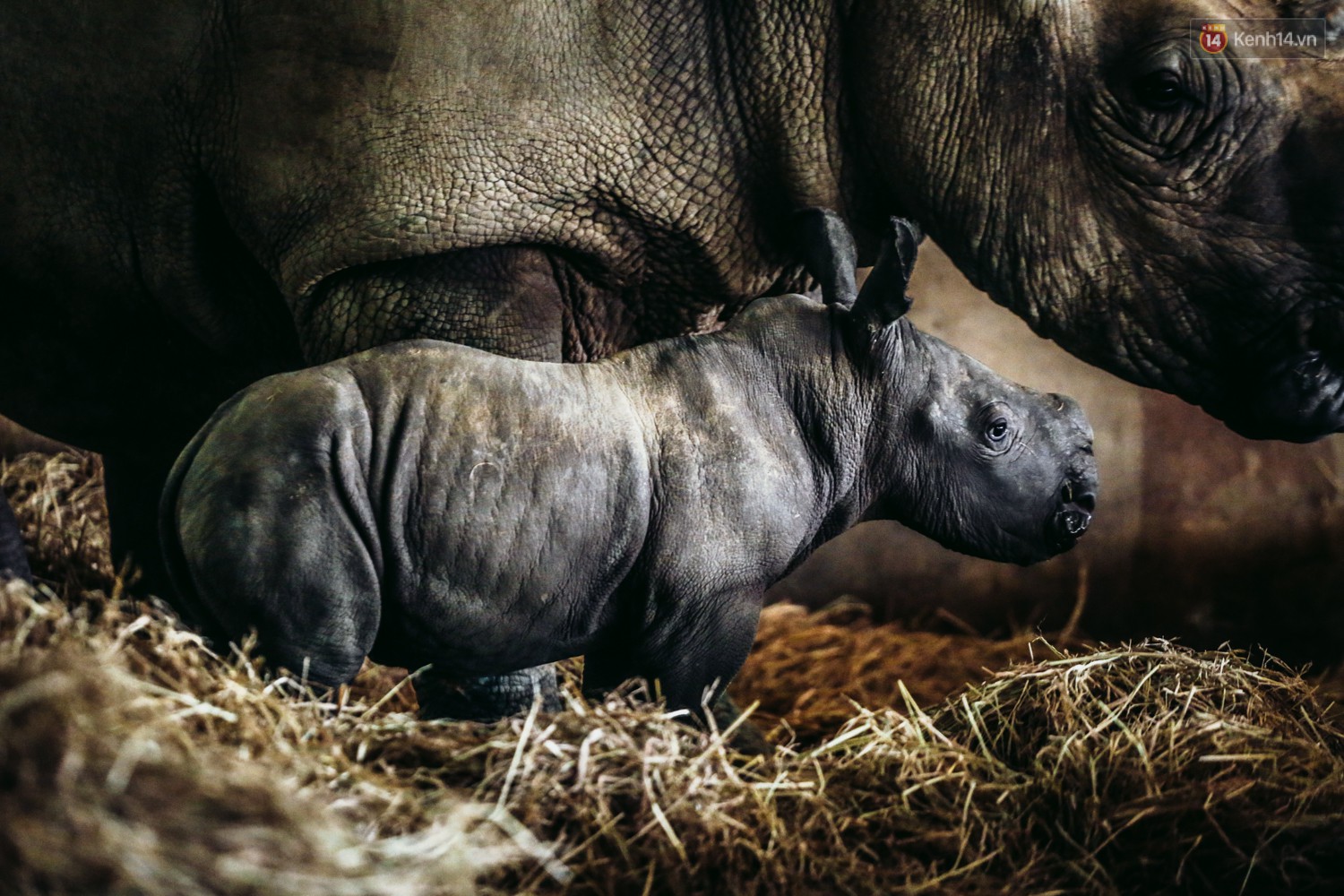 Wake up at night with a nasal soup "baby"

Known in Phu Quoc Safari, care professionals always give priority to animals that are created naturally, people only intervene when dangerous problems arise. Therefore, the birth of the native rhinoceros this time is quite natural, experts only see from a distance or through the camera to intervene as needed. 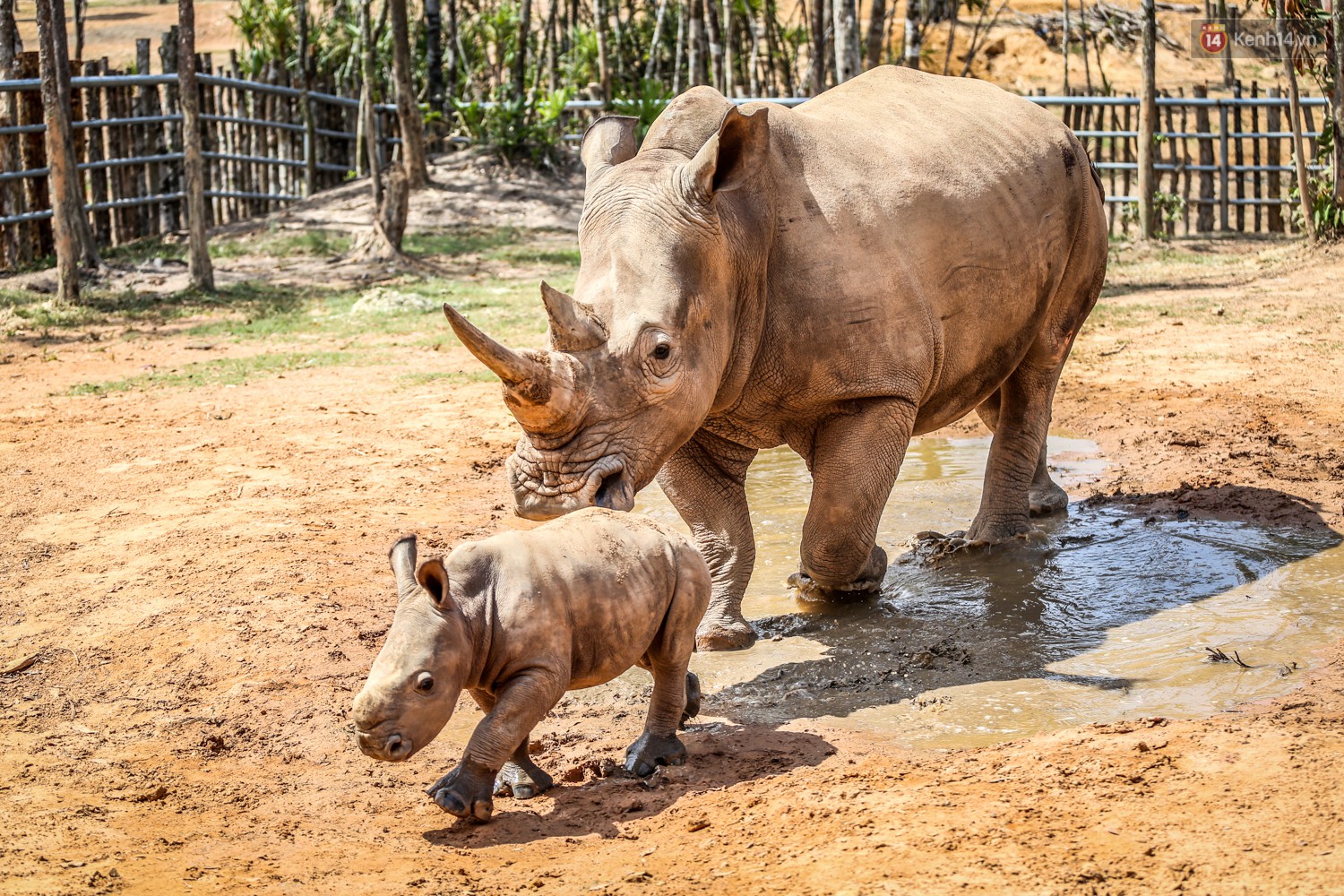 Mr. Cao recounts: "Around 10:30 am on April 20, the rhinoceros was officially born. A few minutes later, the rhinoceros can stand alone, but the ability to survive the rhinoceros depends on whether it can find the voting, breast milk and sucking colostrum or not, but after the birth, the mother's rhinoceros has panic expressions, instead of trying to take care of the baby, rhinoceros Suddenly an aggressive mother, constantly knocking on the baby rhino. "

"At that moment, we identified the panic status of maternal rhinos, pregnancy could have caused stress, we immediately set up all possible coping strategies to protect infants."- the situation in which caregivers were forced to consider the plan to separate the mother's rhinoceros in order to provide security.

Reproduction of the rhinoceros is extremely difficult.

Fortunately, after some time the psychology of the native rhinoceros has stabilized. "But the rhinoceros is still unable to find maternal milk because the rhino mother keeps me in front of me to protect me. If this continues, it will endanger the life of the baby rhino." – Bui Phi Hoang (head of the animal care team) shared the anxiety of more than a dozen employees who monitor the condition of rhinos and their mothers. 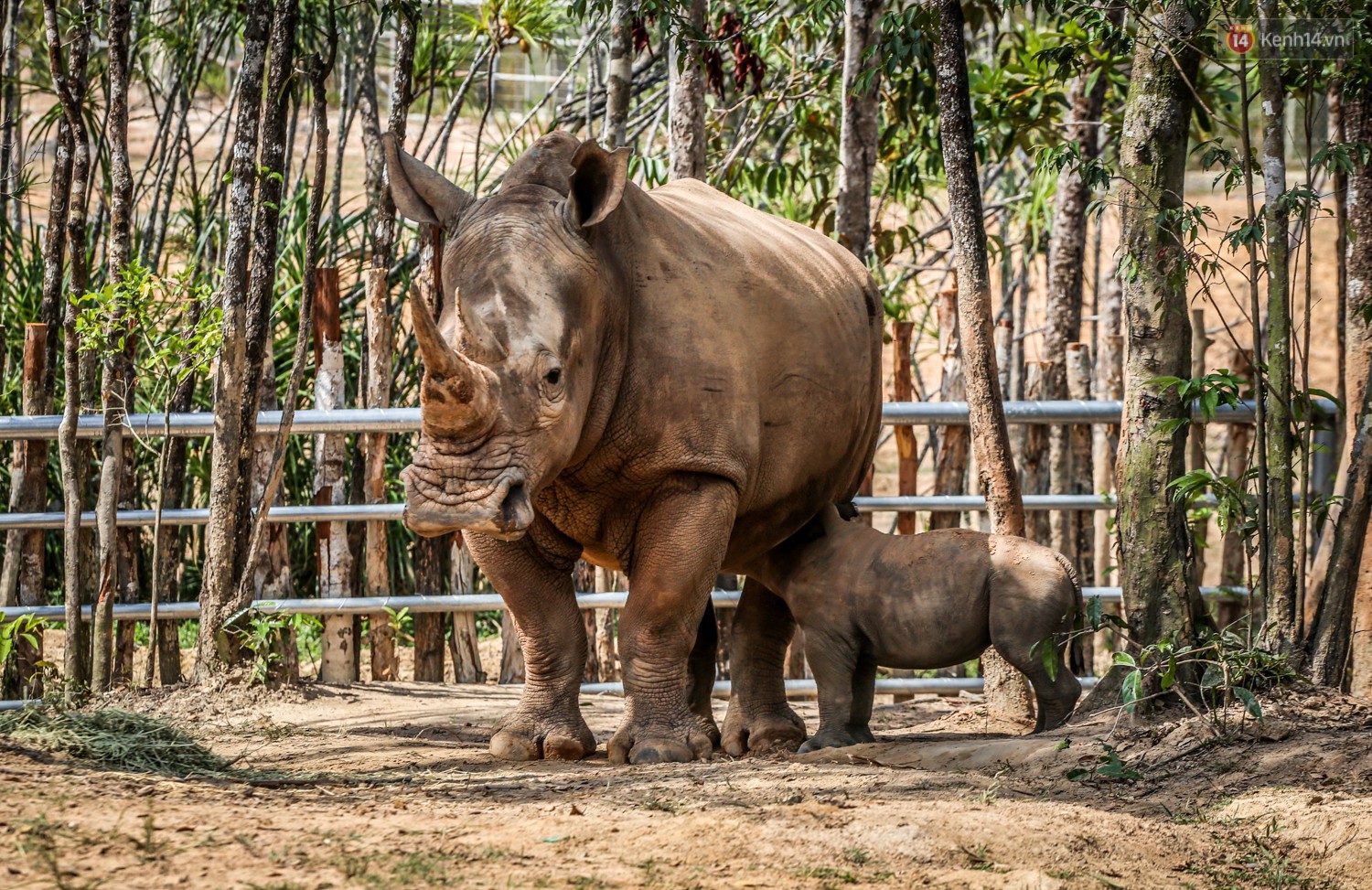 In the first month the rhinoceros is completely lynx, it is necessary to provide many basic nutrients for the mother rhinoceros.

Almost all night, everyone had to stay awake to follow the situation. It was not until 8:30 the next morning that the rhinoceros could suck the first drops of milk. "We all burst into tears, we never felt how we expected to have a long and stressful time, as nervously as this time." – Mr. Kao sounded.

The birth of 2 rosy children brings joy to many people.

Hi everyone, my dad's name is Bi, my mother is Bo, my baby is still young, so I do not have a name!

Two newborn rhinos in Phu Quoc safari safari and conservation park have the scientific name Ceratotherium simum (belonging to the White Rhino family), distributed mainly in northeastern and southern Africa. This is one of the five rare species of rhinos in the world today.

My father is Bi, my mother is Bo, I do not have a baby yet!

Here, the brothers and sisters who care about rhinos, still call Bi and Bo intimate for the care of rhinos. Mr. Phi Hoang entrusted: "Although the rhinoceros is a great animal, but very gently, the care for you is not difficult.". Despite this, rhinoceros species are always at risk of extinction due to widespread hunting, but starting in the wild is very small. 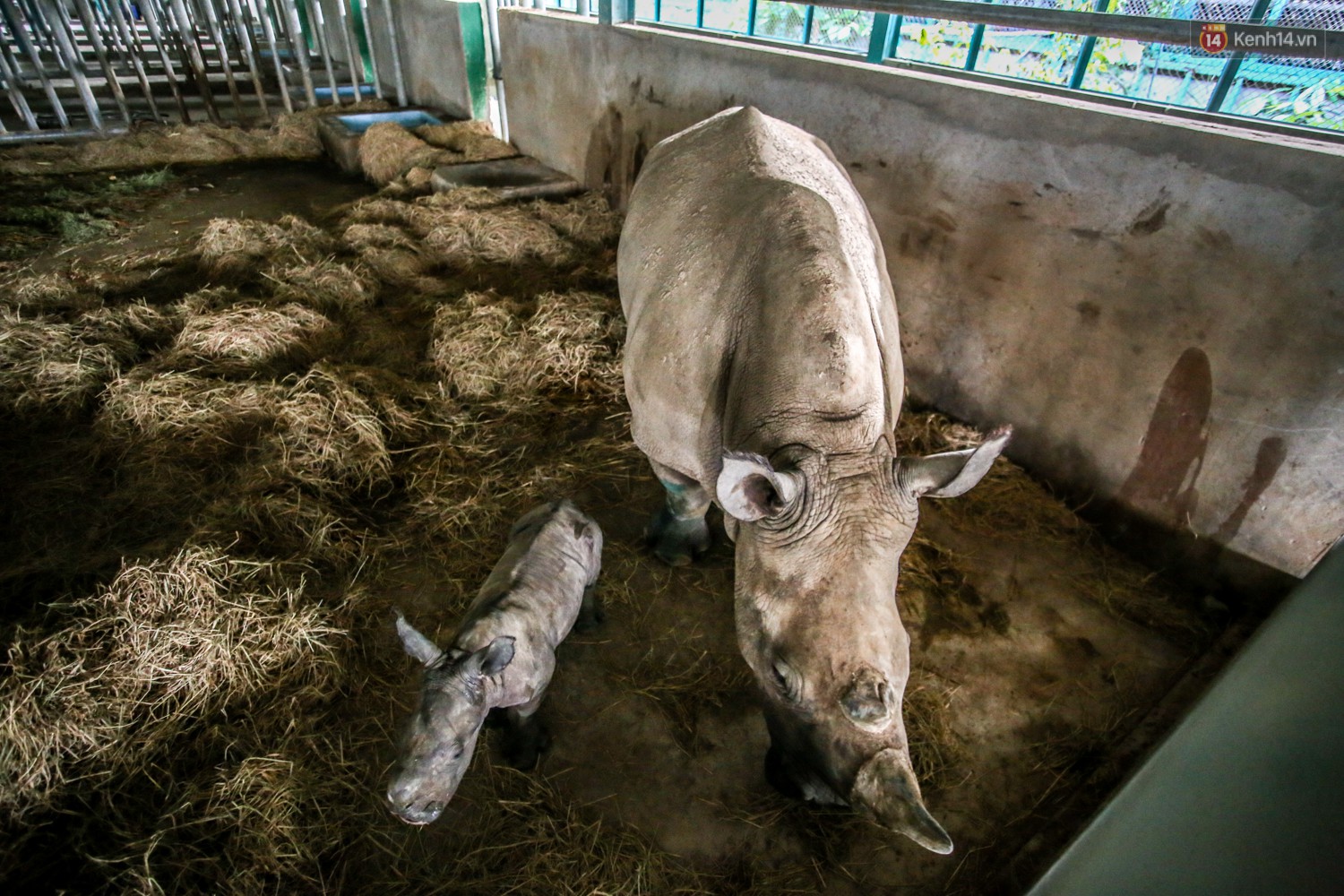 Rhinoes are rather gentle, they are just aggressive when they want to protect their children.

According to experts from the Association of Zoological Gardens in Southeast Asia, pregnancy and rhinoceros delivery are difficult, mainly due to the pregnancy process lasting from 16 to 18 months, with many risks requiring a care schedule, according to Watch. The barn must be spacious enough for the new species of rhinos to reproduce. Not only that, mating and facilitating the mating of rhinos also requires careful and thorough preparation of a team of specialists and caregivers. 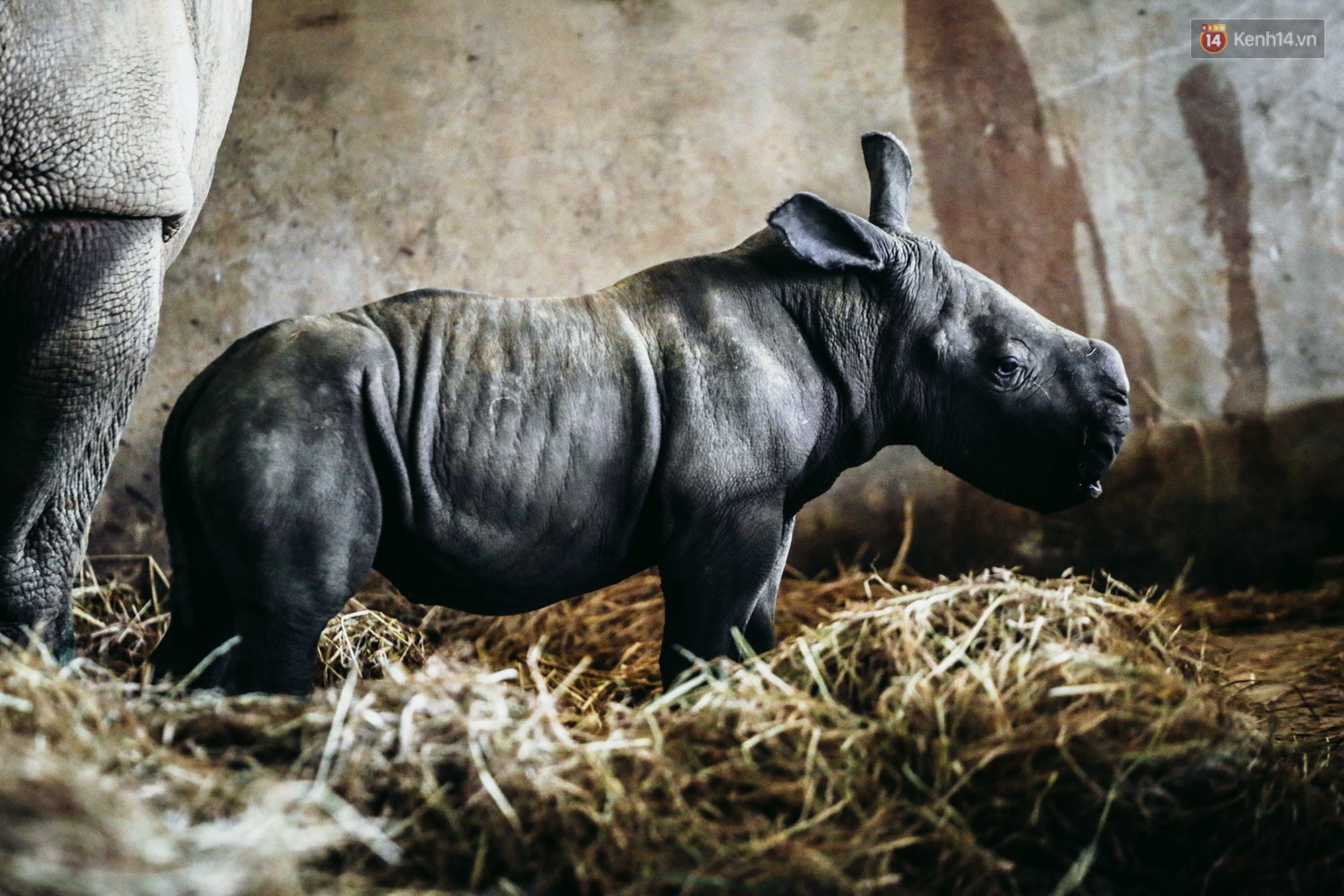 In Southeast Asia, since 1973, only 10 white rhinoceros were born at the Zoo Zoo in Singapore, and 4 people were born in the Taman Safari Zoo in Malaysia. Therefore, the success of two successful births of an African white rhinoceros in just 17 days proves that WinPEAR Safari is truly an ideal environment, close to nature and has a perfect care regimen. for wildlife.