Lack of money to build a hospital, Long Province has asked to transfer the mining rights to the private 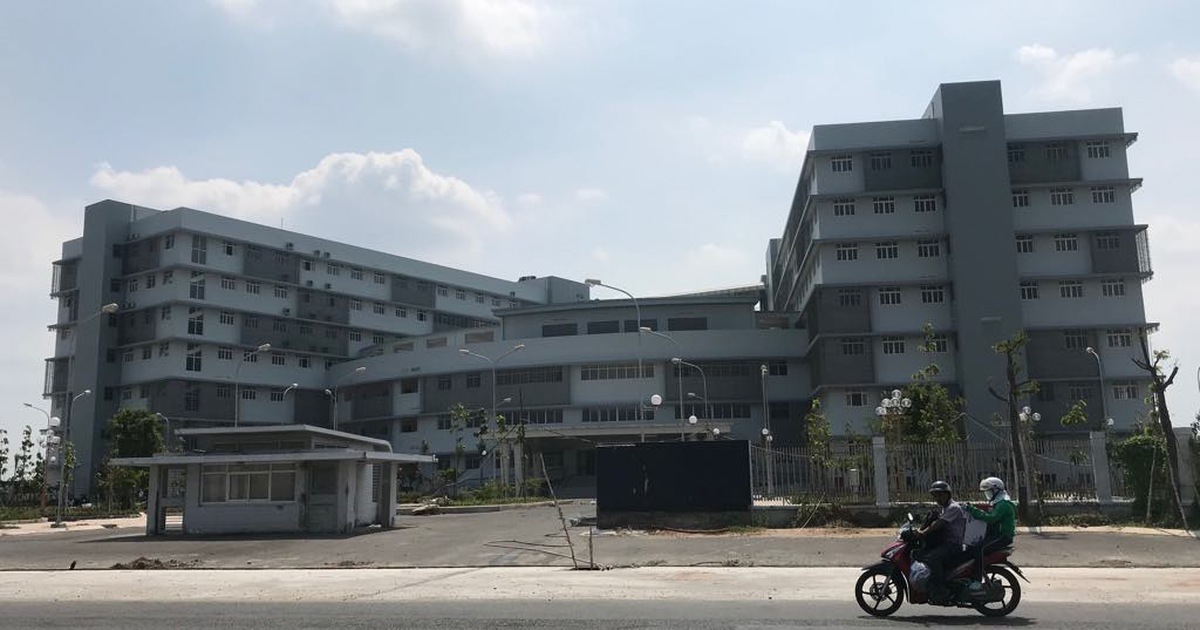 The project for a long-term hospital car is planned, with more than 3 times more capital, the plan for bankruptcy, the province of Long should have a written proposal to the Prime Minister for the completion of the project.

Accordingly, the Long province has spent on 1.014 billion projects, but the Long Specialist Hospital of 500 beds is still in a state of incomplete state after 10 years of approval.

After a two-year project approval, in June 2011, the province of Long decided to increase the overall investment of the project to 1.309 billion VND, which is 3 times higher than the total approved initial capital.

The increase in the investment capital of the project, but the source of investment in government bonds in the project remains unchanged, forcing the Long province to mobilize more than the local budget.

Accordingly, the project implementation period will last until the end of 2017. In fact, by the end of 2018, the Long province just completed the investment in building a long specialist hospital, with a total value. construction contracts signed VND 1,014 bln. Currently, the province of Long is missing about 145 billion VND to pay for these deals.

In order to avoid the loss of invested capital, soon to start operating at the hospital, Long Province has a self-balancing equity policy to complete unfinished construction projects and invites investors to implement the project according to the form. socialization regime.

Therefore, Long Province proposed to the Prime Minister to continue completing the technical infrastructure with the local budget and finalizing the buildings.
The value of the project settlement is the basis for the Long province for calculating and leasing the right to use the infrastructure – a hospital in accordance with the Auction Law. Investors who conquer the right to use hospitals will invest their own capital to complete the medical equipment to put the project into use according to hospital standards.

In submitting the prime minister, the Long Provincial People's Committee raised seven conditions that the investor who had obtained the right to use the hospital must meet, ie: the state still retains the ownership of the property and the house. The project must provide the initial objective of the project, to effectively use the state capital, to fulfill the overall planning of the health care system, to provide the rights and benefits for the healthcare workers, …

Commenting on the proposal of the People's Committee of a Long Province, the Ministry of Finance said that the province should choose one of two options: the tender for the right to use the ownership or to shift the project for a fixed time in accordance with the Law on Management and Use. using public funds 2017, because this project is not completed, it belongs to the group of funds for medical infrastructure.

The Ministry of Planning and Investment stressed that the province should have a plan to deal when investors pledged to serve patients as a public hospital, but hospital income is not sufficient to offset costs in order to avoid interruption of work. hospital.

According to the ministry, there is no written instruction for determining the starting price of the auction for the right to use the funds of the medical infrastructure.

Support for the project launch plan soon, but the government office said the Long Provincial National Committee was fully responsible for deciding to complete the project according to the principle of ensuring the efficiency of state capital. investment, not causing waste and loss of state funds.

The choice of the winners of investors for the auction of the right to use the funds must ensure publicity, transparency, law and not cause loss of state funds.

The Government Office also submitted a complaint to the Prime Minister to appoint the Chairman of the Provincial People's Committee to approve and be responsible for approving the Lease Property Rights Lease Project – Long Specialist Hospital.