The co-creator of the desired but still broken application of the Google Inbox application and a former Gmail designer has released a new Chrome extension that greatly simplifies the Gmail web interface.

Michael Leggett, who led the Gmail design in the period from 2008 to 2012, announced the resumption of Simplify Gmail on April 2 – the day after the 15th anniversary of Gmail, which was also the day of the Inbox cancellation. Leggett left Google in 2015.

Enlargement makes numerous minor changes to the Gmail web interface. The left and right lanes are hidden behind a pair of menu buttons, the search bar at the top of the screen is minimally defaulted, and the button for composing a new email is moved from the top left to the bottom right. 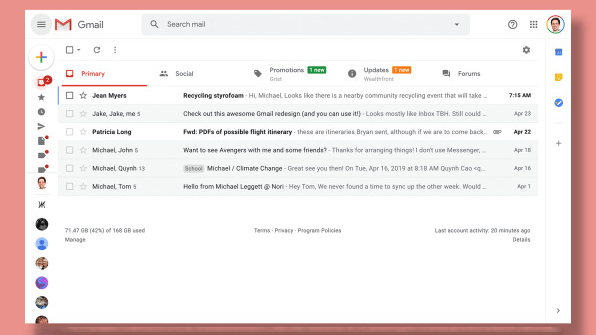 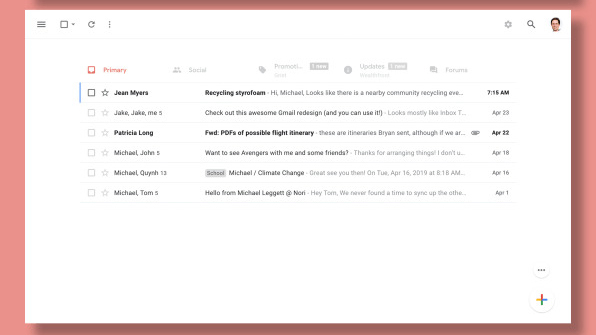 Another prominent change is the removal of the Gmail logo. "Take a look at any desktop application and tell me how big is a big fucking logo in the upper left corner," explained Legget in an interview Fast Company, "C & # 39; mon.It's pure, pure cheese." "Drop the logo." "Give me a break."

Enlargement depicts the Leggett strategy adopted while on Google, where it used the experimental mailbox to import functions, and encouraged the company to change the Gmail service. "The best I can hope is, it's really good, and Google will force people to switch to Inbox, or it's really good and they're taking the best features and putting in Gmail," Leggett said of his initial goals. Gmail will later accept many Inbox ideas, including Smart Replies and the ability to delay email messages.

For what's worth, I like some of the changes that enlargement makes, but I think that others go too far. Hiding the sidebar and search bar makes the interface look unusable, and I like the repositioned button to open a new email. But I do not like the removal of the Gmail logo. Leggett may think it's "pure" him, but I like the visual indicator of that spot I see when I quickly skip open tabs.