The Ebola vaccine approved as a second pill is treated 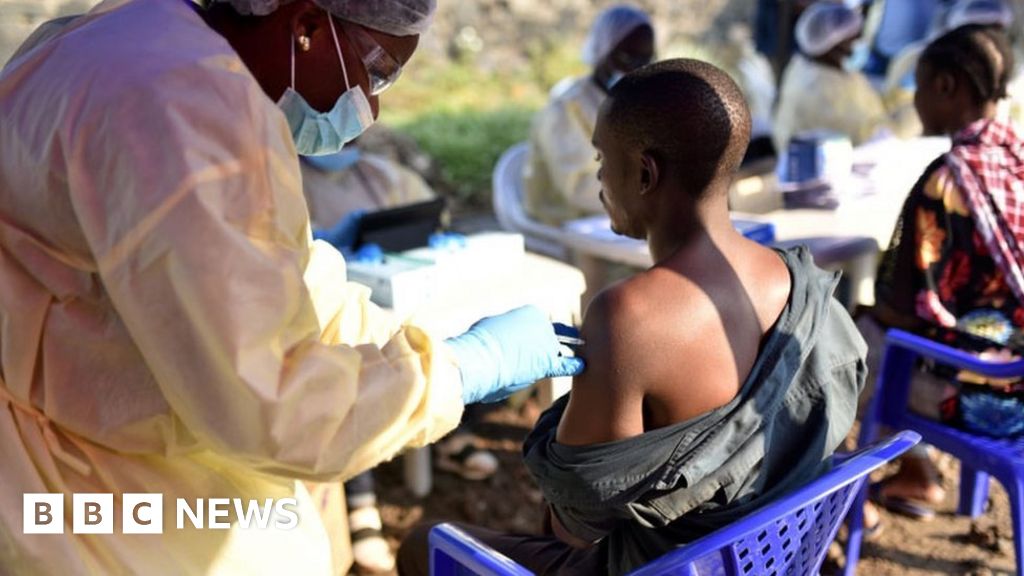 A second Ebola vaccine should be offered to about 50,000 people in the Democratic Republic of Congo as part of a large clinical trial.

The "nonson and nonson" (J&J) vaccine will be used in conjunction with the vaccine made by Merck, which has already been given to about 250,000 people.

Merck's gap is now approved by the World Health Organization.

More than 2,100 people have died in DR Congo, the second-largest Ebola outbreak with a record.

WHO's approval of one-dose Merk vaccination is based on its satisfaction with its safety and efficacy. The European Commission has also approved the vaccine.

The J&J vaccine, which requires two doses, given 56 days apart, will be available to adults and children over one who live in two areas of the DR Congo city of Goma, where there is no active transmission of the deadly disease.

Goma, with a population of one million people, is on the border with Rwanda and has a large international airport.

Professor Daniel Bausch, director of the UK's public health support team, is one of the scientists leading the trial.

He said there was "no competition" between the two vaccines, and both had their advantages and disadvantages.

Merck given to those who come into direct and indirect contact with an Ebola patient could be best used in an outbreak – while the J&J vaccine can be used to protect people who are not yet exposed to Ebola. .

Professor Bouch said: "The J&J vaccine is not ideally suited to the environment for outbreaks, primarily because it requires two doses to provide optimal immunity."

But he said the vaccine "can provide longer immunity and may be associated with fewer side effects than a live virus vaccine, like that of Merck."

The number of new cases of the Ebola outbreak in DR Congo has dropped significantly from its peak in the spring, but there are still about 20 new infections each week.

"Previous studies have shown that the J&J vaccine produces an immune response, a good indication that it will be protected from the Ebola virus."

Dr Ethen London, Minister of Public Health in DR Congo, said: "It is vital to step up our efforts. That's why we work with international partners to provide our response teams with another tool to combat and eventually stop the spread of this terrible disease. "

The phenomenon is fueled by misinformation and rumors, along with an extremely difficult security situation.

About 200 health facilities have been attacked since the outbreak in August 2018, so the introduction of a new vaccine in already skeptical communities is a major task.

Leadon Johnson, leader of the MSW Ebola Vaccination Project, said: "Using two different vaccines in the surrounding areas can result in delusions, which means that community engagement will be crucial before and during the second vaccine deployment." .