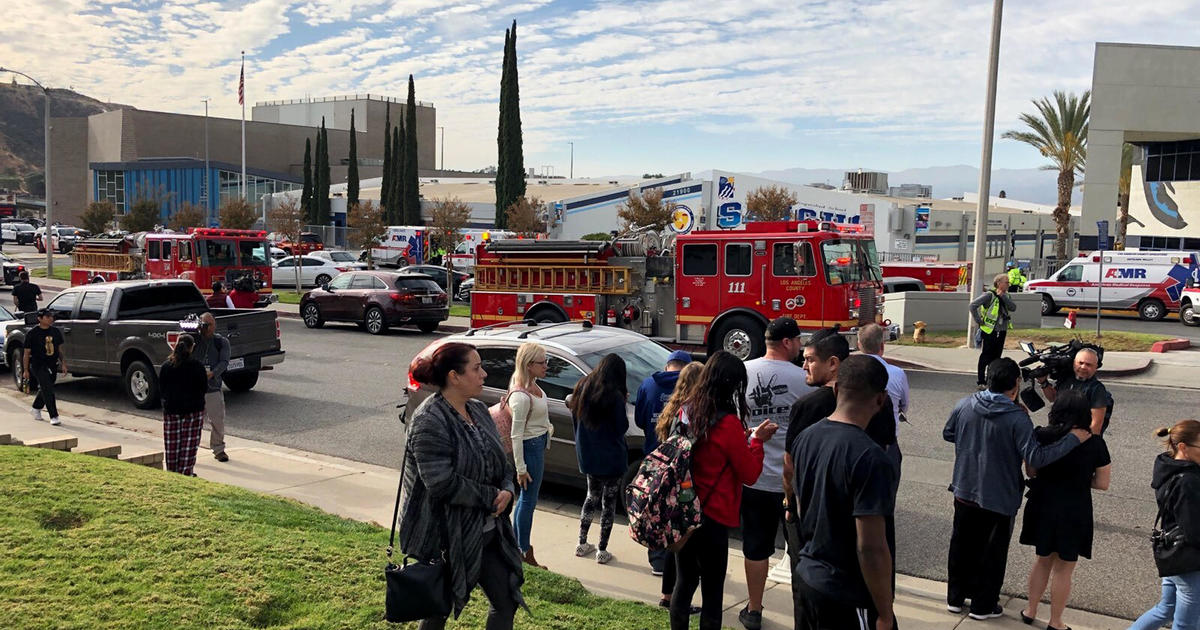 The shooter who killed two classmates at California's Sagus High School died of injuries Friday, the Los Angeles County Sheriff's Department said in a statement. Nathaniel Tenosuke Berho, 16, was being treated for a self-inflicted gunshot wound to the head, authorities said, and his mother was with him when he died.

On Thursday morning, Beroho pulled out a rifle from his backpack at Santa Clarita School and shot five of his classmates before turning the gun on himself, authorities said.

"We didn't know if the shooter had a clear view of us or not, we just went past and praying for our lives," one student told CBS. "I actually thought I was going to die."

Gracy Muebelberger (15) and Dominic Blackwell (14) were killed; the other three victims are expected to survive.

Authorities said it was not yet clear why Beroho carried out the deadly attack on his sixteenth birthday. He has not left a diary or manifesto and is not associated with any violent ideology or group.

However, they believe the attack was planned, citing the fact that Bercho used the last shotgun in the pistol to shoot. It is not clear how Beroho obtained the gun – authorities said he was not one of the six guns in his home that was registered to his late father, although they noticed there were several unregistered firearms in the home.

Mihach Turner, a spokesman, told CBS News that he was a first-hand witness to the shooting. "He shot two people and I saw that it happened," Turner said. "I just saw fire one, two, three and then I knew, I was just supposed to get out of there."

Asked what moments to stay with her, Turner said: "His face, and only when he saw one person fall."

"It can be hard to forget," she added. "But I will have to live with that view in my head."