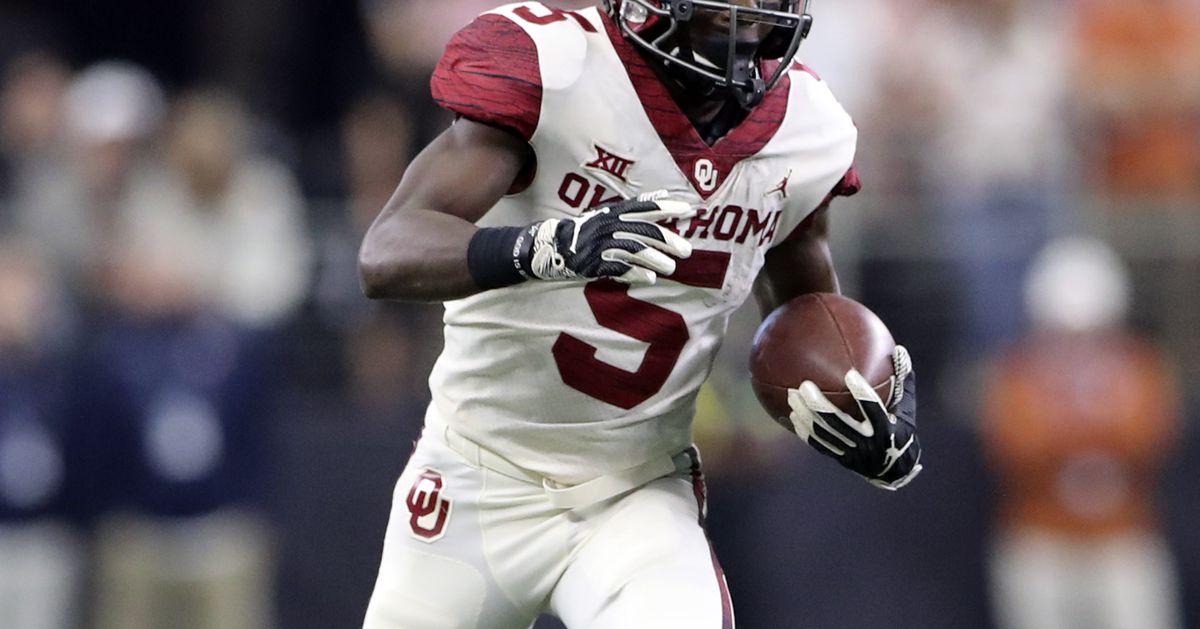 The last draft I did was based exclusively on the prospect of older colors. While this proved to be quite good, I wanted to make a ridicule that encompassed every perspective as a potential choice. For this I laughed, I did not get into a special thought process, and I wanted to make selections based on how the draft game was. I only used the The Clock standard, and did not include any trading options.

Now I think that the quarter-finals have separated from the rest of the group in Dave Haskins, Drew Cana, and Kyle Murray. All three carry questions with them and involve a slightly higher risk than we have seen from the recent QBs of the first round. While it's quite possible that all three are off the board before the Redskins choose, it's also possible that they slide given their questions.

Locking succeeded in the SEC with large yards and TD numbers, but its accuracy was not where you want. In watching his games you see inconsistency over, with some incredible throws, and then with others that leave you scratching your head. It is said that his talent for a hand is very high and he has the potential to be a real QB franchise. Most likely there will be more pain with him, but given Redskins's place, it's something that can be dealt with.

-If you are looking for a receiver that can be given the Redskins type at Tire Hill, Marquis Brown is the main option in this class. Brown is a dynamic receiver that can beat you vertically and have the speed to turn short appliances and screens into huge games. While he often gets compared to DeSean Jackson, I see more Tyreek Hill or T.Y. Hilton in his game, as I believe it is insufficient, he is more than a profound threat.

Brown will be a great addition to the Redskins attack passing and will be a fantastic weapon to develop with your new brand QB.

– Although referred to as the center, and that's its primary position, Jenkins has the ability to play and watch, and I believe he could be a day starter for Redskins in LG. His center capability is a plus, and he can move if Ruiler was ever hurt. Jenkins is better off as a blocking passer, but he is still very capable as a runner-up blocker.

-Himennes led the ODU into bags for four years, with 33 years in career. He is a long-speed scorer from the edge, who has an upward line to be a very good starter at the next level. He was a little one-dimensional in the High Bowl (which is why I believe he's a more likely third chance for the RD) and struggled to get off the blockade when he did not win with his speed. I think he can contribute early as a bridging specialist entering into the fast-paced situations. While he will not completely replace Preston Smith as a rookie, he can contribute to a fair amount and develop in more along the way.

-Lane began his career in Michigan State as a receiver, but switched to the defensive side of his ball his first year. For the last two seasons, Lane is a complete starting point for the Spartans. While there are only 3 career calculations, he is really strong in coverage and can match larger receivers given his size of 6 "3".

It is still being developed and can even be returned as security given its size and range. Layne is a solid middle circle of choice for Redskins, which has the potential to start.

-Dosa is a highly productive FCS receiver that is a good blend of size and speed. In 6 "2" Dos has a good size and shows a decent jumping capability that makes it a quality big goal and capable of jumping ball situations. Doss shows the ability to attack vertically and deeply apart. While we will need to see it its speed in the Combine, but it would not be surprising if it is in the high 4.4, which is really good for its size.

The Redskins has only two WR points locked for the next season with Josh Doxson and Paul Richardson at the time, so I would not be surprised to see them double at this spot in the draft.

-Udoh was a four-year-old star in Elon, who never missed the game. He is a great physical offensive trainer who is almost 6 "6" and 330 kg, and has shown good both in the East West Game and the Senior Bowl. He is harsh with heavy legs, but the size and strength are real.When he primarily handles , some believe it may be a better guard at the next level. With Redskins lacking an offensive line depth, it is a solid end-goal target.

Smith was a four-year-old star in the USC and led the Trojan in dealing with the past three years. He is really strong in defense of the defense capable of fighting the blocks and still makes the game. His capability is lacking, as he is slightly limited to the next level. As a three-day selection, I think it gives a decent little value as back-up LB, which can greatly contribute to special teams.

I'm a little indifferent to this draft class because there are more questions than I would like. Although I do not like the idea of ​​making Lock, I believe that like all QBs in this class it is more than a project. It could take 2-3 years before you see how it pays off. The same goes for most of the other pickers who have a high-altitude line, but the questions about it will be reached. Xmines and Layne have a lot of potential, but both are cruel and may not develop as expected. Jenkins is clearly the best in the center, and so long as he can handle the guard's position, he does not maximize his strength.

Even though I do this, this proposal can produce three beginnings in Lock, Brown and Jenkins, potentially fourth or fifth if Xmines and Layne develop. It's a pretty good destination, but obviously this class will live or die just with what type of starter locked.

What do you think? How would you change this proposal? Do you think Redskins should be locked at 15 if they do not need to be traded?