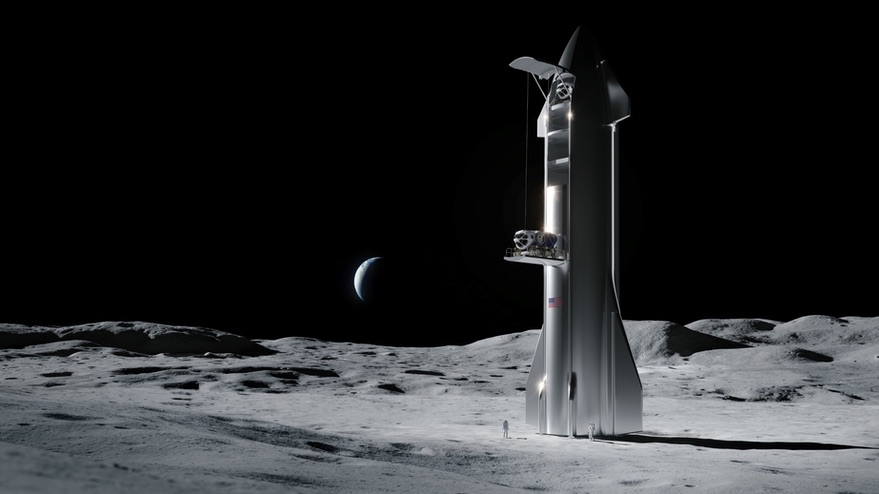 WASHINGTON – NASA announced on November 18 that it is adding five companies to a contract to carry commercial freight shipments to the surface of the moon, a group ranging from small investments to Blue Origin and SpaceX.

NASA has announced that the five companies – Blue Origin, Ceres Robotics, Sierra Nevada Corporation (SNC), SpaceX and Tyvak Nano-Satellite Systems – have been selected to join the nine companies with Commercial Load Laundering Contracts (CLPS). All 14 companies are now eligible to bid for future orders for delivery to the lunar surface.

This CLPS "pad" is specifically designed to attract companies with the ability to carry heavy loads on the surface of the moon. This includes NASA's Steam Polar Exploration Mission (VIPER) evaporation mission, a rover that NASA plans to fly in 2022 to look for evidence of water ice on the moon's south pole.

"We were actually looking to do it a little later, but we saw a need to speed it up," Steve Clark, deputy associate research administrator at NASA's science mission directorate, told a news conference on the ramp. Larger landowners, he said, could deliver the tools needed by astronauts before their landing missions, in addition to providing scientific payloads.

The largest landowner to date, from the new entrants, is SpaceX, which has offered its launch vehicle for Starship reusability. Gwynn Shotwell, president and chief operating officer of SpaceX, said Starpieces would be able to deliver up to 100 metric tonnes of cargo to the moon's surface and return an undetermined amount back to Earth.

"We think this is a really neat program. It reminds us of the KOTS program, "said Shotwell, referring to NASA's orbital transport and orphan efforts, which funded the development of the SpaceShip commercial cargo facility.

Hotwell said the "landed" missions could begin in 2022. Such missions would only be a burden, but she said it could serve as a "nice stone for the economy" for later missions. She did not give a date for the mission crew, but said SpaceSex would fly "instructor" "a lot" before flying for any missions with people on board.

Blue Original will offer NASA its own "Blue Moon" earthquake that the company revealed in May, capable of carrying several tonnes of cargo to the lunar surface. "It has a large payload capacity, the power to spend the lunar night, a very large, open payload deck," said Brent Sherwood, vice president of advanced development programs at Blue Original. He later declined to say when the owner would be ready for CLPS missions, saying it would depend on the specifics of each individual task assignment for CLPS.

NASA also added smaller landlords to the CLPS agreement. "Our company is in a great position to not only offer lower loads on the moon, because we are building our own satellite systems," said Seton Roth, vice president of business development. Roth said the company could take on larger payload technologies developed for its Dream Chaser, but he did not disclose how much burden the company could carry. The SNC will be able to launch lunar land missions in 2022, he said.

Michael Sims, chief executive of Seres Robotics, said his company's CLPS award is a sign that small companies like his have a role in NASA's broader plans. "Exploring space, and in particular, people becoming multilateral, requires the whole ecosystem of companies," he said. "The little player is agility and creativity that adds a mix.

Tyvak Nano-Satellite Systems is best known for being a small business manufacturer. Marco Villa, the company's chief operating officer, said Tivak will use that experience in lunar land. "Let's start with something smaller," he said. "Our flexibility and ability to grow will drive us to accomplish more complex missions in the near future." He declined to say when the owner of his company would be ready.

Clark said NASA is developing new ordering companies that should be announced "soon" for CLPS companies, as well as one for the VIVER Rover. The agency is working separately on a call for proposals for scientific instruments to fly on those missions, with the aim of making two "deliveries" to the lunar surface each year.