How Much Laughter: The Flash Playoff Playoff College makes sense of humor 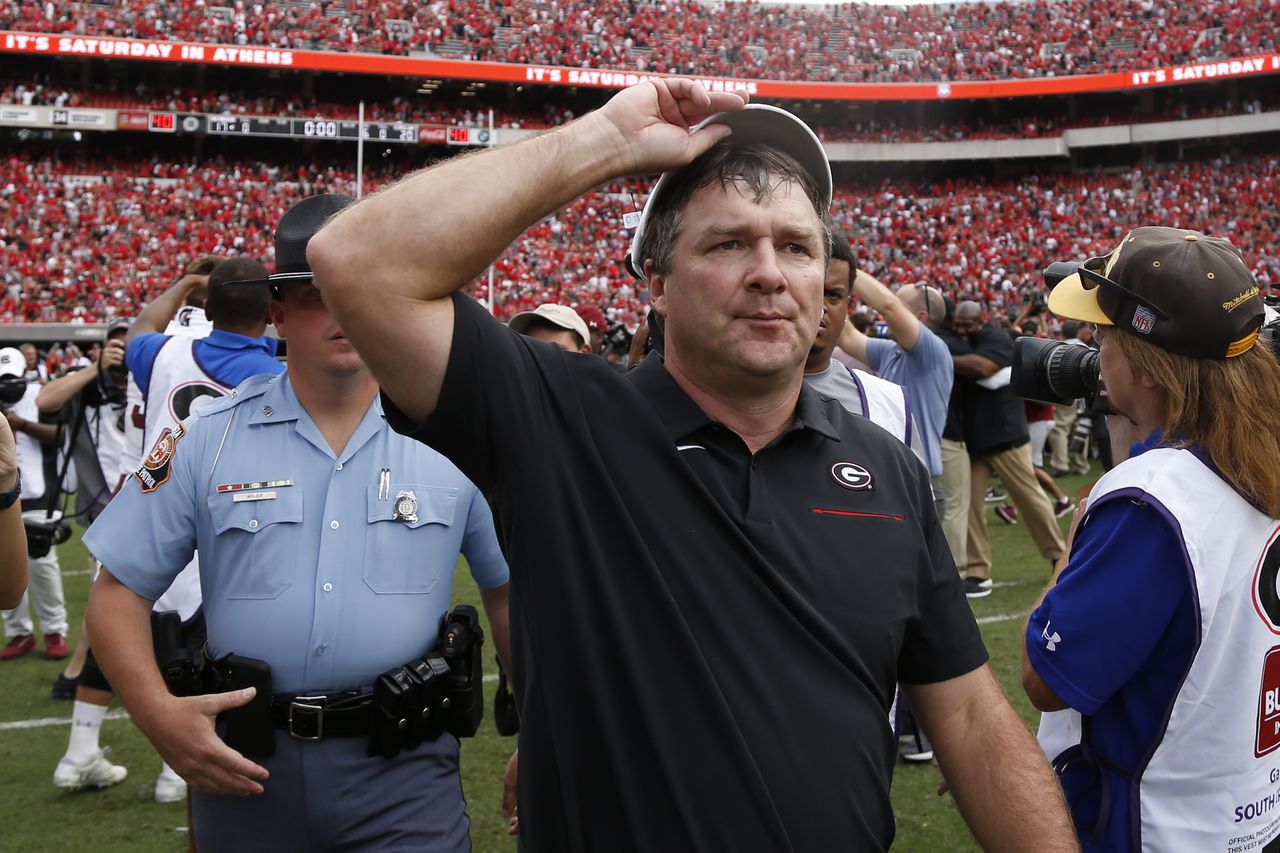 The committee for the play-off college football must have a sense of humor.

Either that or the whole thing is just a big joke.

On Tuesday night, a group of voters accused of collecting a play-off for their sport created a scenario that only a professional showman could devise. In the wake of Alabama's loss to the LSU, the commission is now forcing Alabama fans, one of the richest and most committed groups of people on Planet Earth, to cheer on rival Ourbon Tigers on Saturday against Georgia.

Unnatural and blasphemous, I know, but here we are.

College Playoff football is pure hokum, but at least its stupidity is hysterical at the same time.

If Auburn beats Georgia, in other words, it will help Alabama's cause. Auburn is No. 12 on the new College Football Playoff rankings.

I'm not sure the state of Alabama is healthy enough this time of year to deal with all this stress. First was President Donald Trump's visit, next Alabama was upset 46-41 to the new No. 1 LSU, and now all this. Holidays are bad enough for the people around here.

How should we as a collective state function properly?

Alabama (8-1), so top-ranked, is currently in a position to miss the College Football Playoff for the first time in its six-year history. Nick Saban's team juggling hasn't been out of the Top Four since November 2017. Meanwhile, Auburn (7-2) is now in a position to move into the Rival Division section of its schedule to play the role of a huge national spoiler, and in the process be a hero for one or two teams with one loss.

No. 6 Oregon (8-1), which lost to Auburn at the start of the season, now used the Tigers to knock out both Georgia No. 4 (8-1) and No. 5 Alabama. This will probably put the Ducks in a position to earn their way into the playoffs. Undefeated No. 8 Minnesota (9-) and No. 13 Baylor (9-0) can really take advantage of Auburn.

Even Halen Furths, quarter of Oklahoma's No. 1 quarter-final (8-1), may be in Auburn in the next few weeks.

Alabama no longer carries its "own destiny," as Saban said over the weekend, and Auburn holds everyone else.

Alabama is the heart of college football but currently has chest pains. If Auburn knocked Georgia out, it would make the Tigers the best team with two losses in college football and also eliminate the 'Dogs' from a four-team College Football Playoff. Alabama can only hope.

That Alabama even has to rely on Auburn is a little-made drama, which, if we're honest, is what all this shame of the system needs now. The College Football Playoff Committee has turned the sport into an exhibition of corporate greed to the detriment of true competition.

This is the spice committee's response.

Remember, the Coach Poll and the Associated Press poll rightly ranked Alabama No. 4 this week, but where's the fun in that?

It is silly that Georgia is in front of Alabama at all, but the College Football Playoff committee has to leave a bit of an arbitrary hall during the rankings to give hope to everyone else. With Alabama at No. 5, the committee could leave them there and allow another team at a loss later to skip the Crimson Tide.

Let's not forget that Playoff College Football, with only four seats available for the postseason, has turned into an Invited Tournament in Alabama and Clemson in recent years. Leaving Alabama can actually be good for business if your business keeps everyone happy with the four-team playoffs.

Look around. Play-off play-off does not work.

The Big 12s are all but eliminated from the playoffs, and the Pack-12 was pretty much done, in retrospect, in the first week of the season when the Auburn Bo Knicks quarterback and the Tigers' fierce defense led that comeback against Oregon. Meanwhile, the ACC is less interesting than a dentist's visit, and the Big Ten's most intriguing team is currently No. 8 Minnesota – yes, Minnesota.

The Golden Gophers would be a beautiful Cinderella story if that ranking was no. 8 meant they were the last team in the playoffs.

Now it looks like just another painful joke from this corporate clowning committee.

A four-team playoff system damages the integrity of college football and alienates entire regions. From the start of the playoffs, it was clear that there should be eight teams (at least). Four is a scam.

Here's what the committee knows, but I won't admit it. The fastest way to an eight-final play-off is if Alabama loses four teams again this year with a loss.

Osef Goodman is a columnist for the Alabama Media Group. He's on Twitter @JoeGoodmanJr.