Builders say first space launch rocket will not launch until 2021 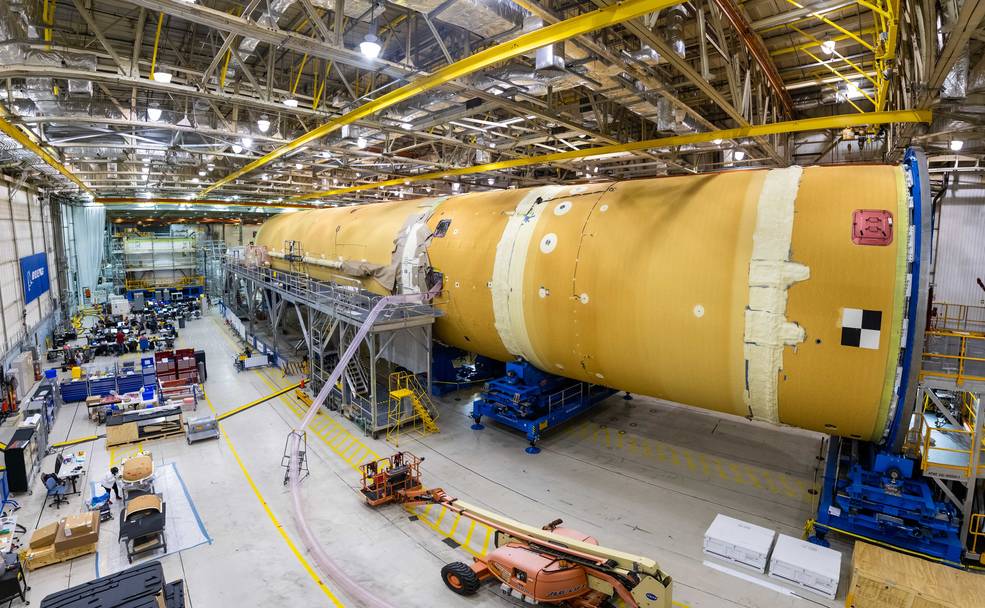 Don't worry about saving your vacation time next year to head to Florida for the first launch of the big rocket on NASA's Space Launch System. The people who built it said this week they do not think the SLS will retire by 2021, and maybe not until the second quarter of that year.

Boeing's vice president, Effe Fote, cited "organizational turnover at NASA headquarters" as one factor in the schedule. NASA Administrator Jimen Bridensteen this summer appointed Bill Gerstenmeier, NASA's longtime associate administrator for human research. Bridenstein quoted President Trump's intention to return people to the moon in 2024 when they made the change.

"I think they will want to stabilize that" before putting the next step on the calendar, Jude told the forum. Bridenstein expressed similar thoughts. The next step is the so-called. A "green run" test where the basic phase of the rocket is assembled is fired into a test stand to see how it is executed.

The core is expected to be ready to assemble at the NASA plant near Oru Orleans and ready for green run by the end of this year. Will will be delivered by boat to the Green Run test station at NASA's Stenis Space Center, where it will take several months for the test to take place. "We will probably fire him in the second or third quarter of (2020)," the Boeing SLS team leader told the same conference.

Takeee still needs more time to evaluate the test and get the SLS core to the launch site at the Kennedy Space Center. "From (arriving at Kennedy), with Orion's integration, rehearsal for wet dressing and that sort of thing, there are probably two quarters, maybe two and a half quarters, of work to get to the launch date," he estimated. “So, probably in early 2021. It can happen sooner, it can happen later. "

A "wet dress rehearsal" is when launch technicians fill SLS tanks with liquid oxygen and liquid hydrogen fuel to look for setup problems.

The first SLS launch, called Artemis 1, will send a crude Orion capsule around the moon for a three-week trip. The second launch, Artemis 2, will send the Orion astronauts on the same journey.

"If Artemis 1 launches no later than mid-2021, it won't affect Artemis 2," Bridenstein told the senator this month, who questioned the schedule and cost of the program. "This is a realistic plan, but I would like to have new leadership in place and dedicated to an integrated schedule before the due date."