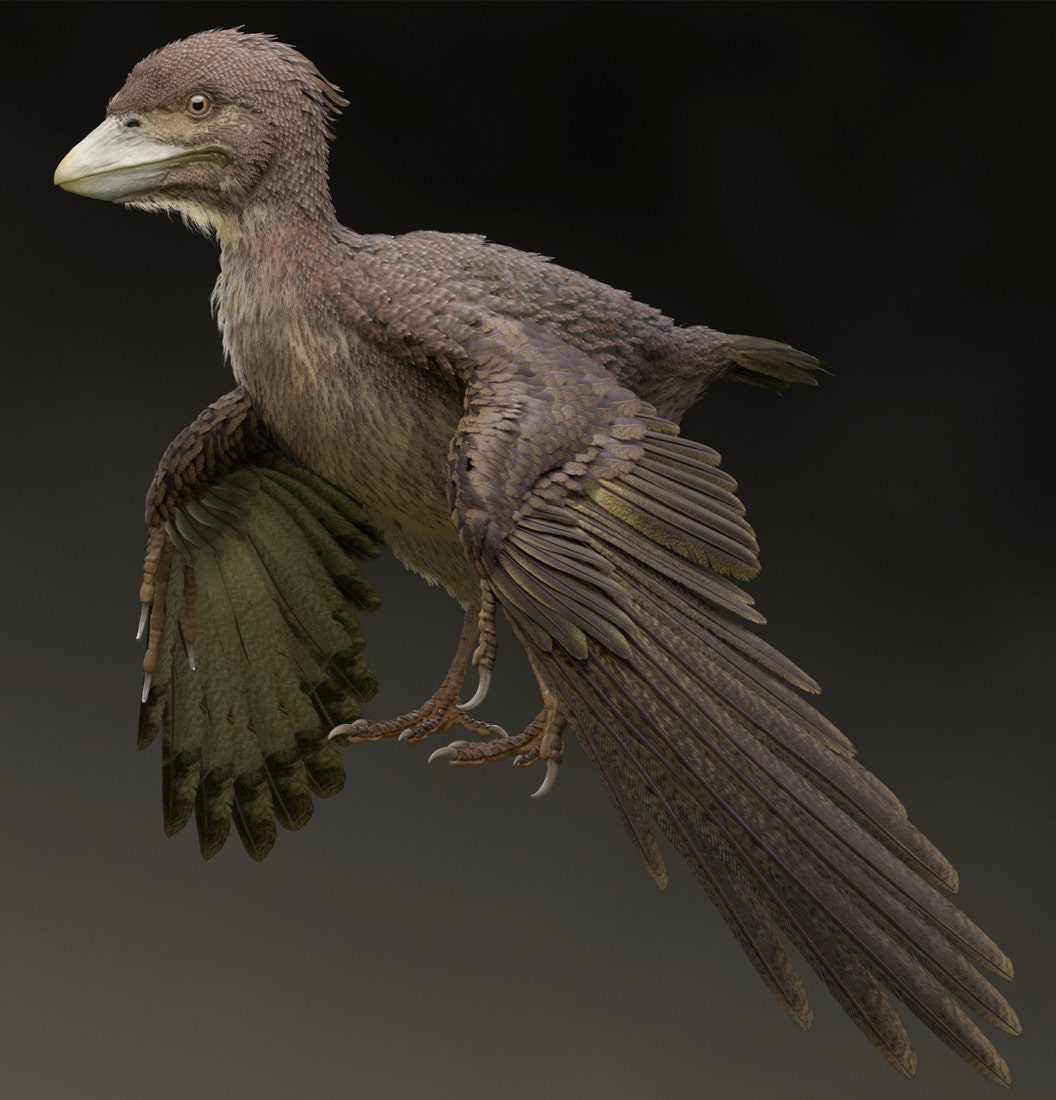 Bird fossils that lived 120 million years ago during the age of dinosaurs have been discovered in Japan.

Known as Fukuipteryx receives, well-preserved bones were captured in 3D and discovered outside Katsuyama, described as "a well-known dinosaur cemetery", according to the British news agency SWNS.

One of the lead authors of the study, Takuya Imai, noted that the bird has gray and brown feathers, can shake its tail and knit its wings, but cannot fly like today's birds.

One of the world's first birds flying over dinosaurs 120 million years ago has been discovered in Japan. About the size of the pigeon, the creature had gray and brown feathers. The fossilized remains were rooted in a rock dating back to the early creek. (Credit: SWNS)

"He slipped or waved to fly for a short distance," Imai said in comments received from SWNS. "It was flying, but it wasn't good at it." Imai also noted that the bird lived in a humid environment, with a temperate and warm climate, with a short, dry season.

1. receive is the first primitive bird of this time, the early cretaceous found outside of China, the study said. According to the abstract of the study, it marks "the first record of an early-Cretaceous non-ornithoracic avian out of the Hochol biotope and enhances our understanding of their diversity and distribution over time."

Imai said she did not know much about her diet and that it was "quite possible" that other predators at the time followed.

He also shared several features with Archeopteryx, considered to be the first bird in the world, including a strong knot, pelvis and front.

The study is published in the scientific journal Communication Biology.