Several videos: The new Facebook is just as worrying as the old Science and Technology news 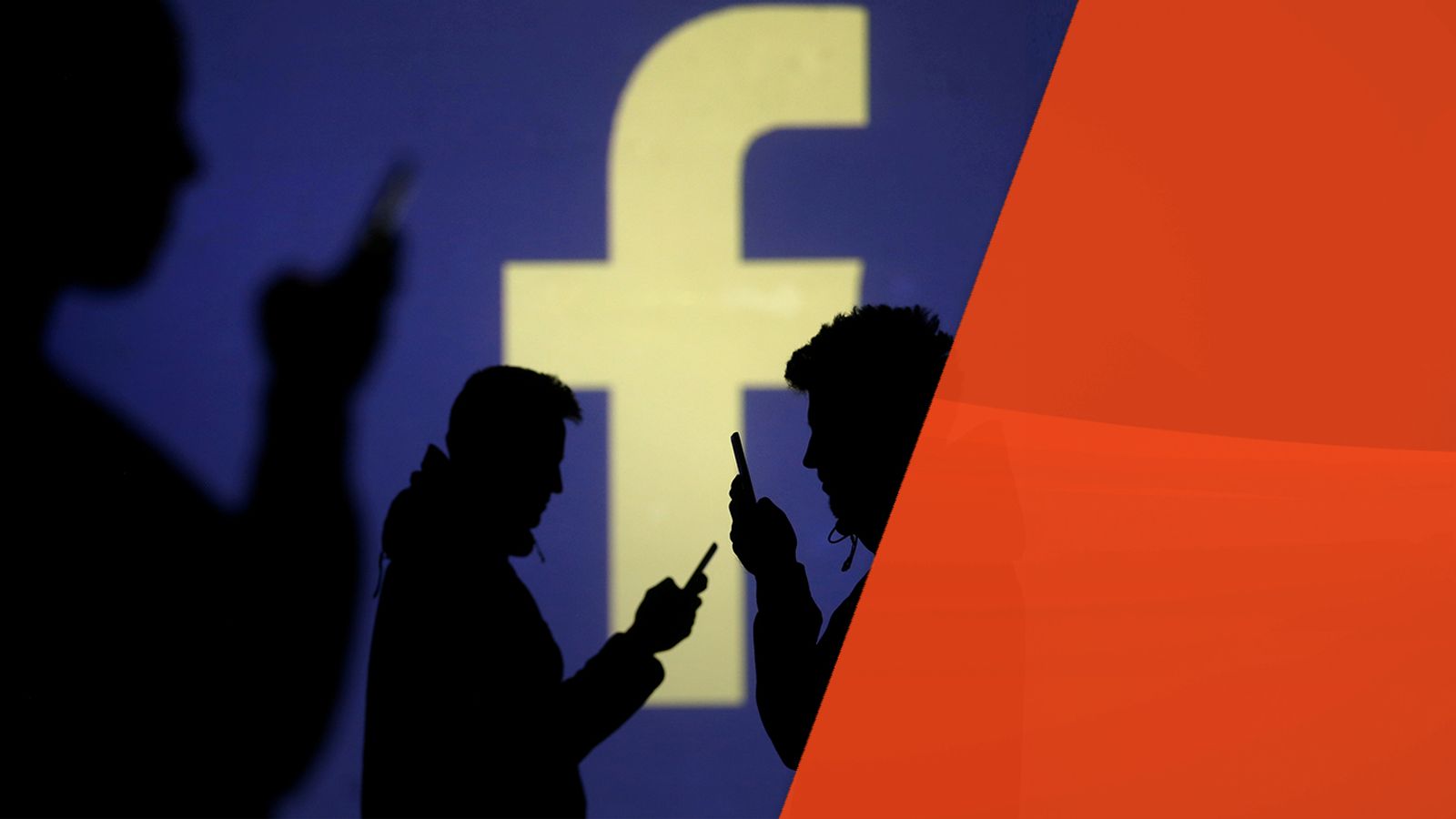 By Rowland Manthorpe, a tech correspondent

For the first time, Ian Lucas heard the rumor, he was – appropriately enough – on social media. It was the end of March, the week after the People's Voter's rally, and a veteran labor MP announced inter-party co-operation on his Facebook page.

Suddenly there was an answer, accusing Lukas and his labor colleague, Chris Matheson, to pay for coaches to relocate the remains in London for the march – an assertion that Lucas calls "complete lies".

Similar posts appeared on Twitter by Mr Lucas. "Will you look for costs to cover the cost of training coaches for traitors?" one asked. Others asked to know why he was trying to "stop Brexit," a politically powerful claim in his Rexham election district, where 59% of people voted to leave the European Union.

Mr. Lucas was offended, but also puzzled. Where did this lie come from? Who spread it? It could not be said, while the constitutive did not send him several screenshots.

For Mr. Lucas, this site was a problem. A 18-year-old lawmaker he was used to tough public debates, even in the vicious atmosphere created by social media. But this rumor – which, after the appearance, already attracted 162 comments – was shouted at the online equivalent of a locked hall.

Mr Lucas gave a firm denial to his website. He tweeted: "This is a complete lie". He argued with commentators on Facebook. But his options were limited. Without access to the group, he can not even post direct rejections.

"I can not get access unless Facebook or a member allowed me to see it," he told me last week. "If my composition did not call me, I would not know anything about it."

Mr. Lucas was not the only one who faces this dilemma. The domestic affairs board for the hearing two weeks ago, Yvette Cooper revealed that her family was endangered by people in Brexhite Protest and direct action – a group in which Charles Swart is an administrator.

I contacted the 55-year-old to ask him why he was referring to Mr. Lucas. He replied by throwing a screed claiming that "they were informed that they [the MPs] he kind of financially helped him. "Asked if he could provide evidence, he did not respond. He suspected that North Wales had previously lived in connection with another post that used a picture of a submerged Syrian child to criticize" claimants of services and chances " an empty excuse for so many Internet trolls, arguing that he simply exercised free speech.

But this story is not about an angry guy with the social media that follows.

That's the future of Facebook – which, as Mark Zuckerberg explained, will be defined by closed groups.

In a speech last week in the F8 Development Conference on Facebook, the Social Network CEO developed a vision of a "private social platform" that gives priority to intimate exchanges over public shows. After he made the world share it without worrying, he set off in another direction. "The future," he said, "is private."

The groups were central to the change. Zuckerberg announced that the Facebook Groups tab of the Facebook application has been redesigned to make it easier to find and join groups and that group recommendations will now appear in places like Facebook Market. To make it obvious that it was happening, the official Facebook website explained these changes with the title "Putting Groups First".

The other major change posted on the F8 was a move to messages, with greater priority on Facebook Messenger and WhatsAp (which Facebook also owns). But, as everyone who uses these services will know, also, it was a change to groups. Looking at the list of my last WhatsApp conversations, at least half come from groups, from small family gatherings to widespread collectives (although, in my case, they have continuously remained silent).

These online gatherings give real happiness to millions of people around the world. But, like many aspects of social media, they have an unpleasant advantage, one with dangerous implications for democratic societies.

To see how many harmful groups democracy can be, look at Brazil and India, where WhatsApp is routinely used for political communication. In recent Brazilian elections, activists sent horrible stories and misinformation viruses in big WhatsApp groups (created, according to the BBC, by scraping Facebook on telephone numbers of citizens). In India, at the moment in the middle of the election, the model is repeated. The Financial Times called the contest "WhatsApp Elections".

Redirecting Facebook to groups is a new headache for governments, just as they are beginning to align with the social network in the existing form.

In general, Facebook groups fall under the British government's proposed "duty of care", which obliges social networks to take responsibility for the material on their platforms. In practice, even the most regulated regulator will be difficult to intervene in conversations that are encrypted and defined as "private".

When Mr. Lucas asked the information commissioner, Elizabeth Denham, if she has the power to examine Facebook groups, she does not sound enthusiastic about the prospect. "We are not the Ministry of Truth," she told the newly-formed parliamentary sub-commission for misinformation, of which Lucas is a member.

"All I wanted was to get more information," Lucas told me later, almost unhappy. "We are currently relying on the goodwill of Facebook. We have to take the word that they are dealing with this responsibly."

What does Facebook do? I sent my team to the opinions that Lucas complained about. In a few hours, Ian Charlessworth removed him from his role as the administrator of the group and removed several comments about the violation of community standards (although this is not a malicious Mr Lucas and Mr Metson, who apparently did not). In the statement, she insisted that "it has greatly expanded our efforts to combat misinformation, but this is a complex and developing problem and we know that we have more work to do."

But after several years of broken promises, Facebook's obligations are hard to grasp seriously. And removing the summary of justice through journalism research is not the most effective way to run a global social network.

So, this is a difficult question: until it can prove that it can eliminate the violent threats on its platform, does not need Facebook to limit the size of the new WhatsApp, Instagram and Facebook Messenger groups?

But after several years of broken promises, Facebook's obligations are hard to grasp seriously.

From F8, many observers commented on Zuckerberg's privacy definition, which, according to his concept, meant that information should be shared with Facebook, but no one else. His notion of what we can call social security is equally unilateral.

As Zuckerberg describes, the groups are places for "meaningful interactions". But can you really have significant interactions in a group of 28,000 people, the size of the Brexit protest and a direct action when the opinion of Mr. Lucas appears? (Since then it has grown to 32,000.) At what point is the private group big enough to be considered public?

In response to political turmoil in Brazil and India, Facebook has reduced the number of people that can send the WhatsApp message – recognition that the reach of a group affects the transmission of harmful information. But should it go further? On Snapchat, the maximum group is 32, and the number is obviously modeled by the size of the average class. Should Facebook restrict all new groups of the same number?

When I suggested this to Mr. Lucas, he was not sure about the idea. Large Facebook groups were useful, he said. He did not want the social network to go that far.

Neither would I – but maybe that's necessary. While it will irritate users, it would at least be clear, while Facebook's current promise to "reduce the reach of Facebook Groups that constantly share misinformation" is unclear.

It will not happen unless Facebook is forced to enter it. Large groups are simply too attractive for engaging the social network. So, as always, we are left in the hands of the almighty Facebook algorithm, which is currently promoting groups of incomparable speed and power – selling its definition of privacy as a whole, regardless of the consequences.

"What's so dangerous about Facebook," said Lucas, "is that on the one hand, it's in the world, but on the other hand it's incredibly local."

Maybe he was thinking about the moment when he tried to explain to someone on Facebook that he did not pay a penny to take someone at the rally.

"I did not attend the march and I kept repeating myself that I am committed to delivering an agreement with Brexit that is right for my voters and businesses in Wrexham," Lucas wrote.

"You just need to see on Facebook," the commentator replied. "Put a search, it's clear to see."

Sky Views is a series of comments from Sky News editors and correspondents, released every morning.

Previously in the Sky Reviews: Bet Rigby – Turning the War Over the Release Date of May, Advocate of the Civil War Brexit