By Daniel Hussein for Mail

Prince Charles and Camilla arrived today at the Memorial to the War of Mont Roskill, their first engagement on a tour of New Zealand.

The couple laid a wreath at Cairo, southwest of Auckland, which was renovated in 2015 for the centenary of World War I.

Prince Charles appeared overwhelmed with emotion during the event, wiping a tear as he stood by the solemn Camilla.

In 2016 a memorial was erected to recognize men from Niue, an island in the Pacific, who fought with the Maori contingent during the conflict. 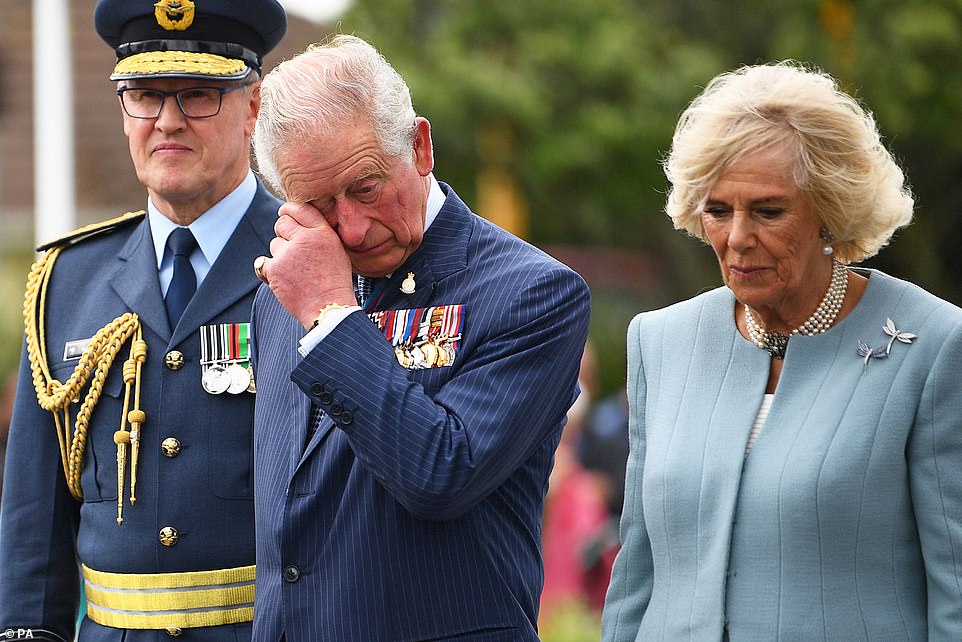 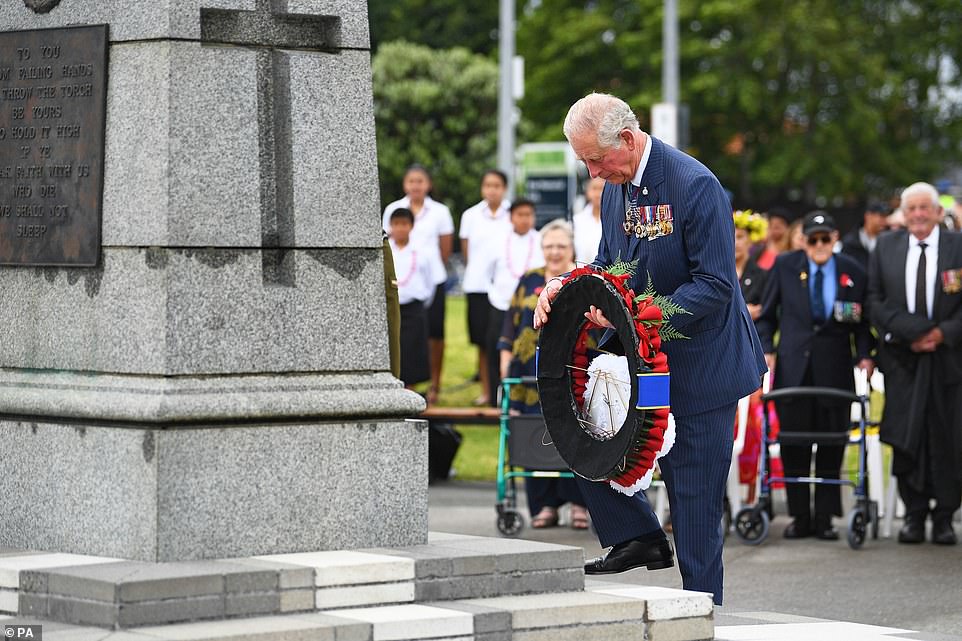 Prince Charles laid wreath on Cairo, south west of Auckland, which was renovated in 2015 for the centenary of World War I 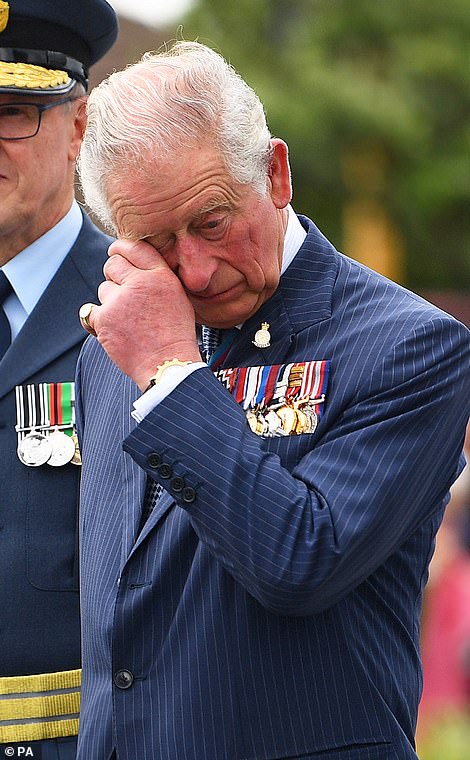 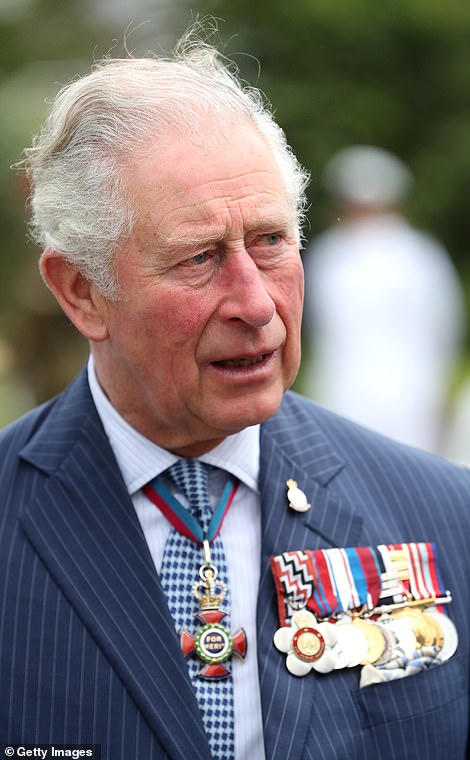 The Prince of Wales seemed overwhelmed with emotion during the service. Charles and Camilla are on their third visit to New Zealand

Members of the Niue city community sang a mix of traditional songs from the Pacific island nation before the royal family arrived.

It is the third visit of the couple to the country since traveling in 2012 to commemorate Queen Diamond's anniversary again in 2015.

After their first engagement, British royals will travel to Christchurch on the country's south island to spice up the city's regeneration from the 2011 earthquake and see the community gather after the March 15 terrorist attacks.

During their visit, their royal heights will also visit the northern Bay Islands region and the southern coastal town of Kaikura, which runs until November 23.

Kingdom lovers can spot a couple during public outings to be held at Auckland's Viaduct Port on November 19 and at Christchurch Cathedral Square on November 22.

The Prince will also conduct a solo outing in Kaikura on November 23rd. 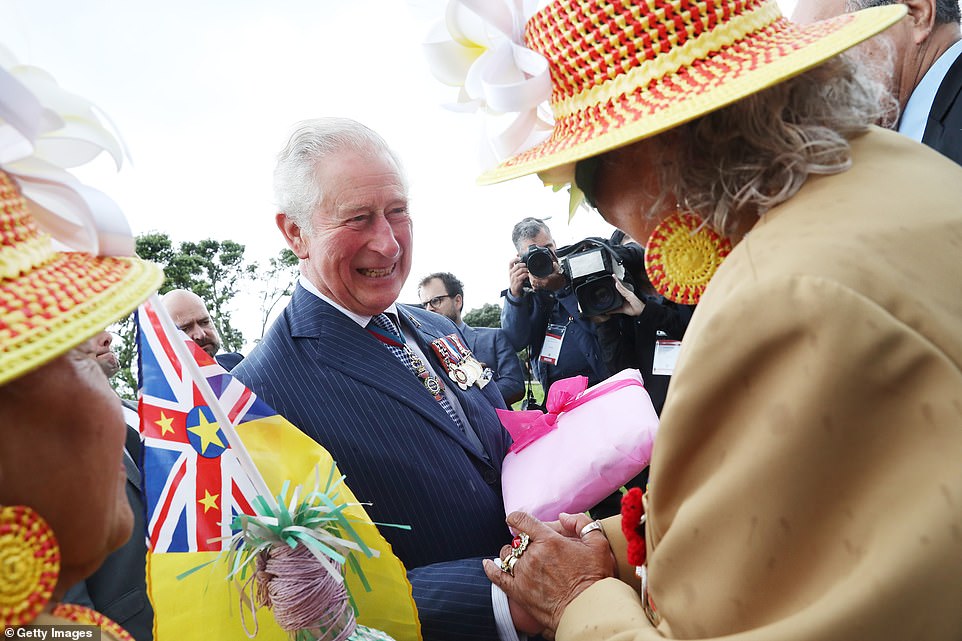 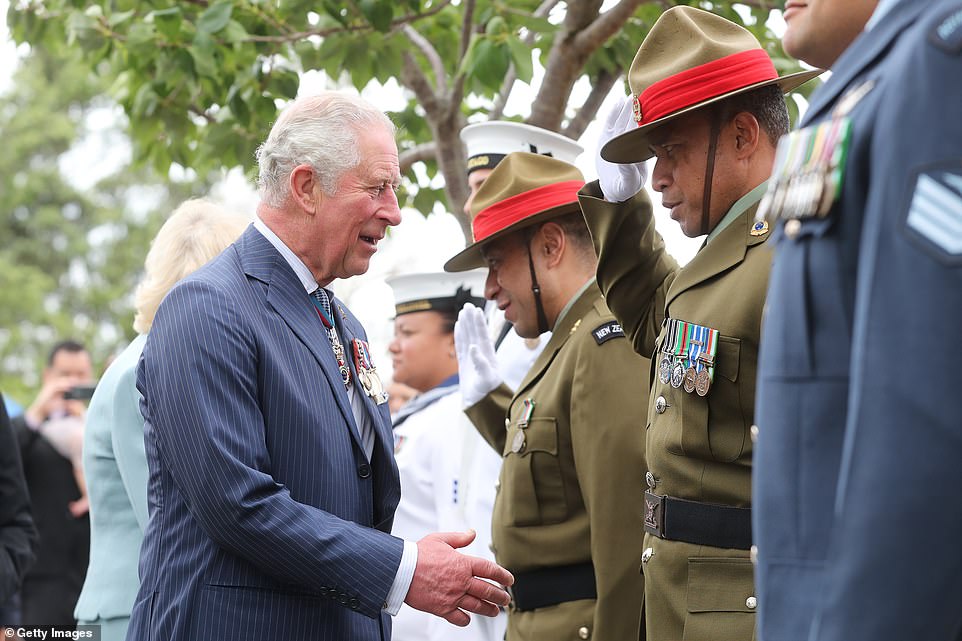 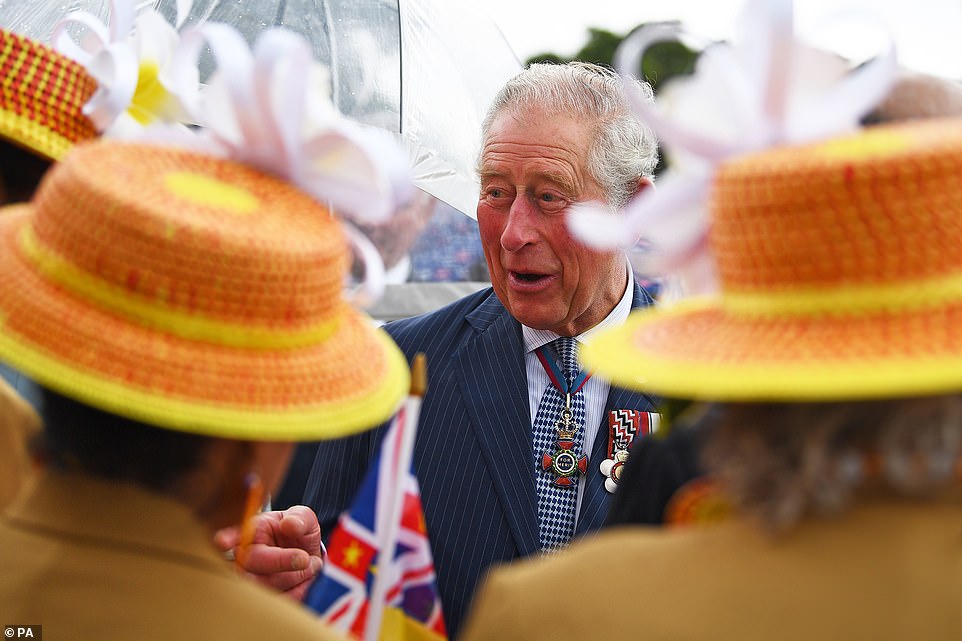 After first engagement, British royals will travel to Christchurch on the country's southern island to fuel the city's 2011 earthquake regeneration. 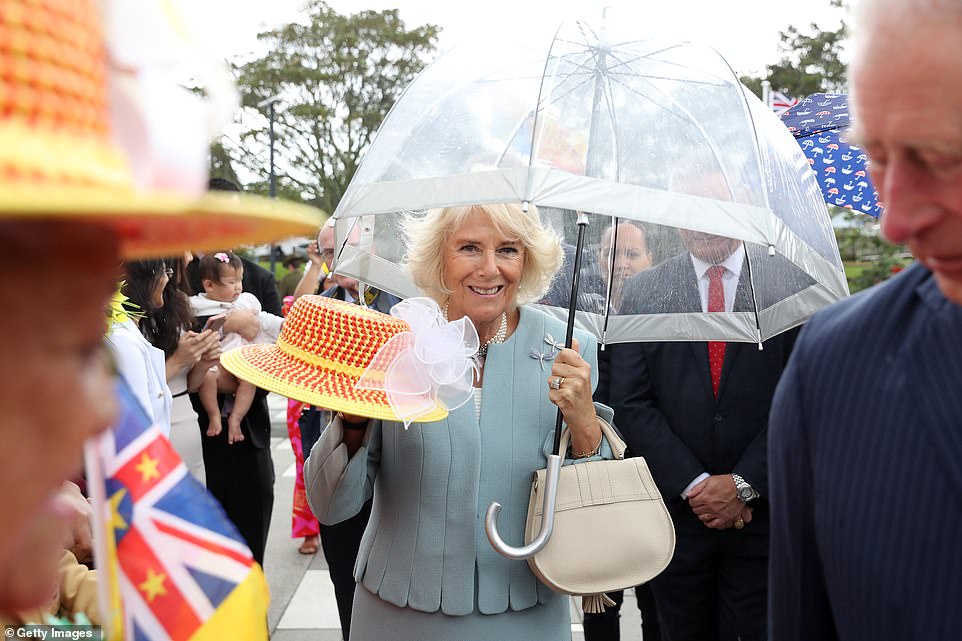 They will also look at how the Christchurch community has rallied after the March 15 terrorist attacks. 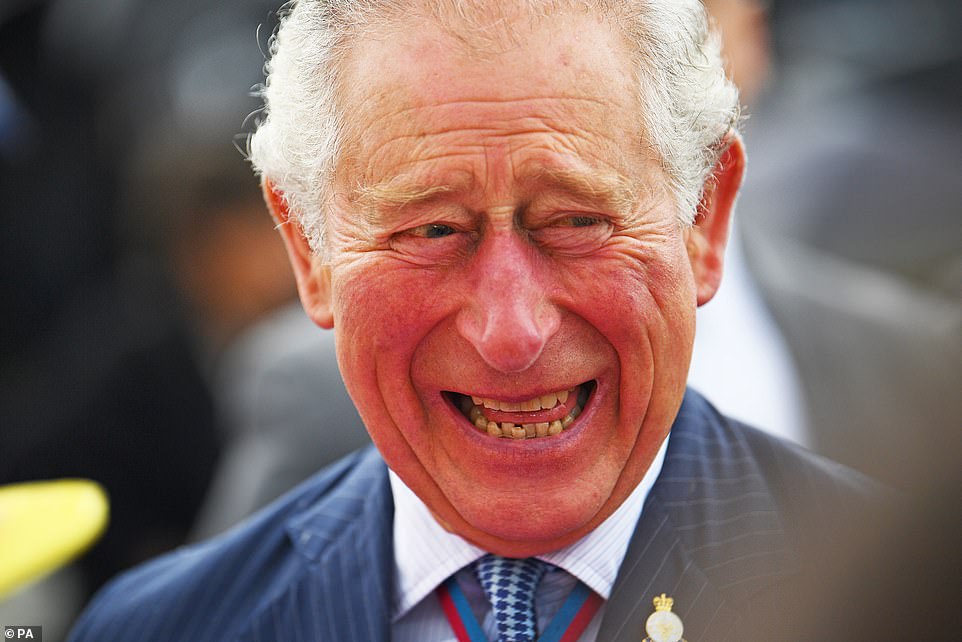 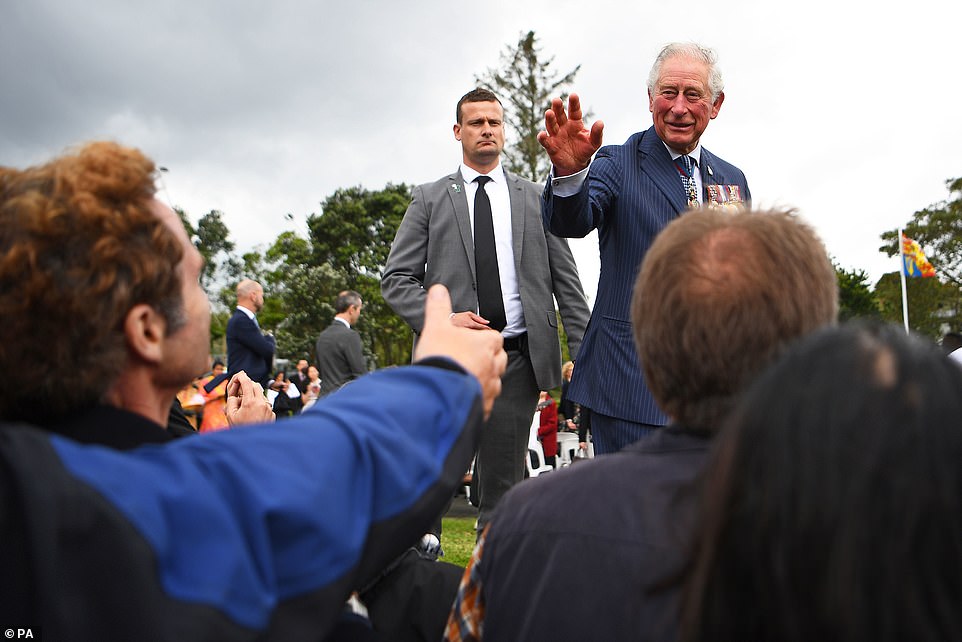 Before the visit, Prime Minister Jacquinda Ardern said in a statement: 'I know the couple enjoyed the warm hospitality of New Zealand … when they were visiting.

'The Prince of Wales for many years has been a strong advocate of environment, preservation and sustainability. The visit will provide him with opportunities to engage with New Zealanders on those topics and learn more about the ways New Zealand prepares for the future.