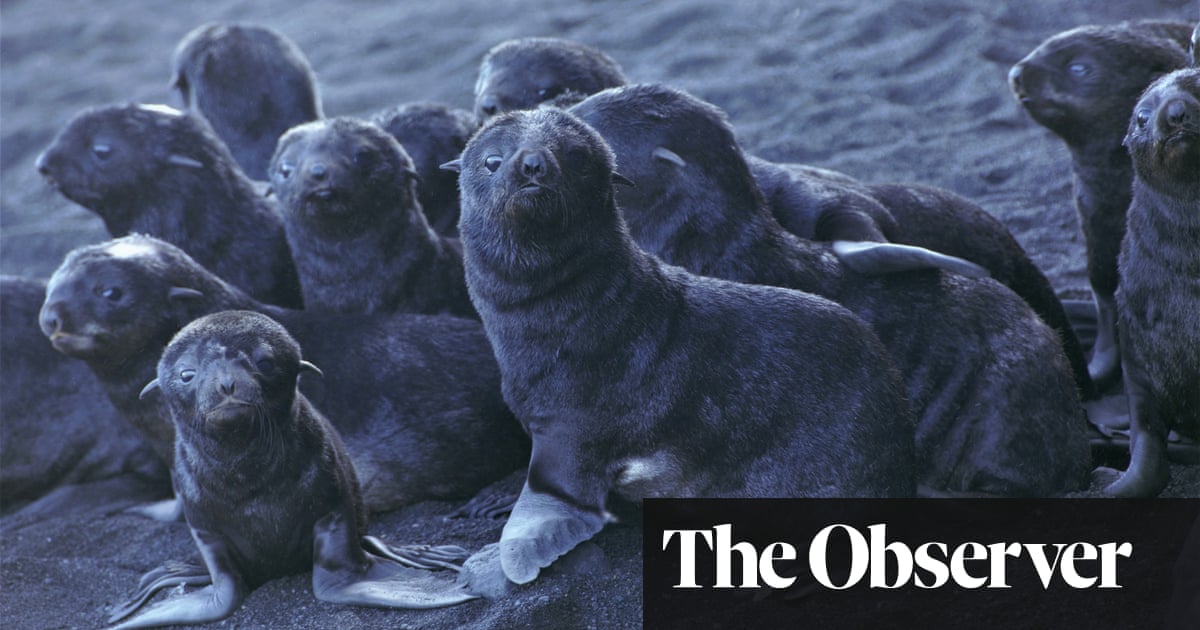 A potentially deadly disease affecting marine mammals, including seals and marine litter, has been transmitted from the North Atlantic Ocean to the North Pacific due to melting Arctic ice.

Experts have long been concerned that the melting of ice in the northern oceans, caused by global warming, could allow previously geographically restricted diseases to be transmitted between the two oceans.

Now scientists believe they have identified a distribution epidemic, similar to that suffered by dogs, that was transmitted from the northern seal population to seals in Alaska and the coast.

"There has long been concern that melting sea ice may allow diseases to cross the Atlantic and Pacific," said Tracy Goldstein, an expert on marine animal disease at the University of California, Davis and one of the lead authors of the report. "Now here we are."

The sealant distribution virus, or PDV, has long been a threat to seal populations in the North Atlantic, along with several strains of influenza, but have not been identified in the Pacific before. It was first recognized in 1988 after a mass epidemic in ports and gray seals in north-western Europe with a second event of similar size and scope in 2002. The 1988 outbreak killed thousands of British seals.

The virus attacks the immune system, leaving animals susceptible to pneumonia and in the most severe cases can kill the seal within 10 days of infection. The two outbreaks, both of which began on the Danish island of Anhalt in the Katgate Strait, killed about 23,000 ports in 1988 and 30,000 seals in 2002. The virus is believed to spread through contact between infected people and kill animals in the waters of Sweden, Norway, Denmark, the United Kingdom and Germany.

The new study, published in the journal Outdoor communications, based on their conclusions, on samples taken from seals, sea lions and sea otters in Alaska between 2001 and 2016, revealing that the PDV was incorporated into Alaskan waters.

"First there was concern that PDV could infect Alaska's marine lichens, so we decided to consider whether it was transmitted by overlapping populations of seals and lions," Goldstein said. "When we started testing the different species, the sequence of the virus was always the same virus, with the incidence frequency when the sea was open."

Research has been sparked by concerns in recent years that the virus could reach the Pacific by warming the Arctic and infect large Pacific seals and populations of elephant northern elephants or endangered mosaic castles in Hawaii. Genetic sampling of the disease also found that the same virus identified on the Atlantic appeared in Alaska, with the peaks of the disease correlating with periods of weak sea ice.

The study tested more than 2,000 animals of all kinds in Alaskan waters from the northern Beaufort Sea in the Arctic to the more temperate southern areas.

The report warns of the possibility of other diseases spreading while the sea is resting. "Reductions caused by climate change at sea level in the Arctic Ocean are planned to increase, and open water routes along the northern Russian coast have occurred every August and / or September 2008.

"The health impacts of this new Arctic normal are not known, but the connection of open water routes through Arctic ice with increased exposure to PDV or infection suggests that opportunities for PDV and other pathogenic microorganisms to cross northern populations and the North Pacific marine mammal may become more common, "the report said.

One of the concerns about the path of the disease from the North Atlantic to the Pacific is that it is unclear what impact it will have on the infected species. While some may have natural disease resistance, others may be more vulnerable, with a deadly outbreak in Europe in 1988 believed to be initially caused by an infected seaport from Greenland, where the disease has long been endemic and population has built up resistance. .