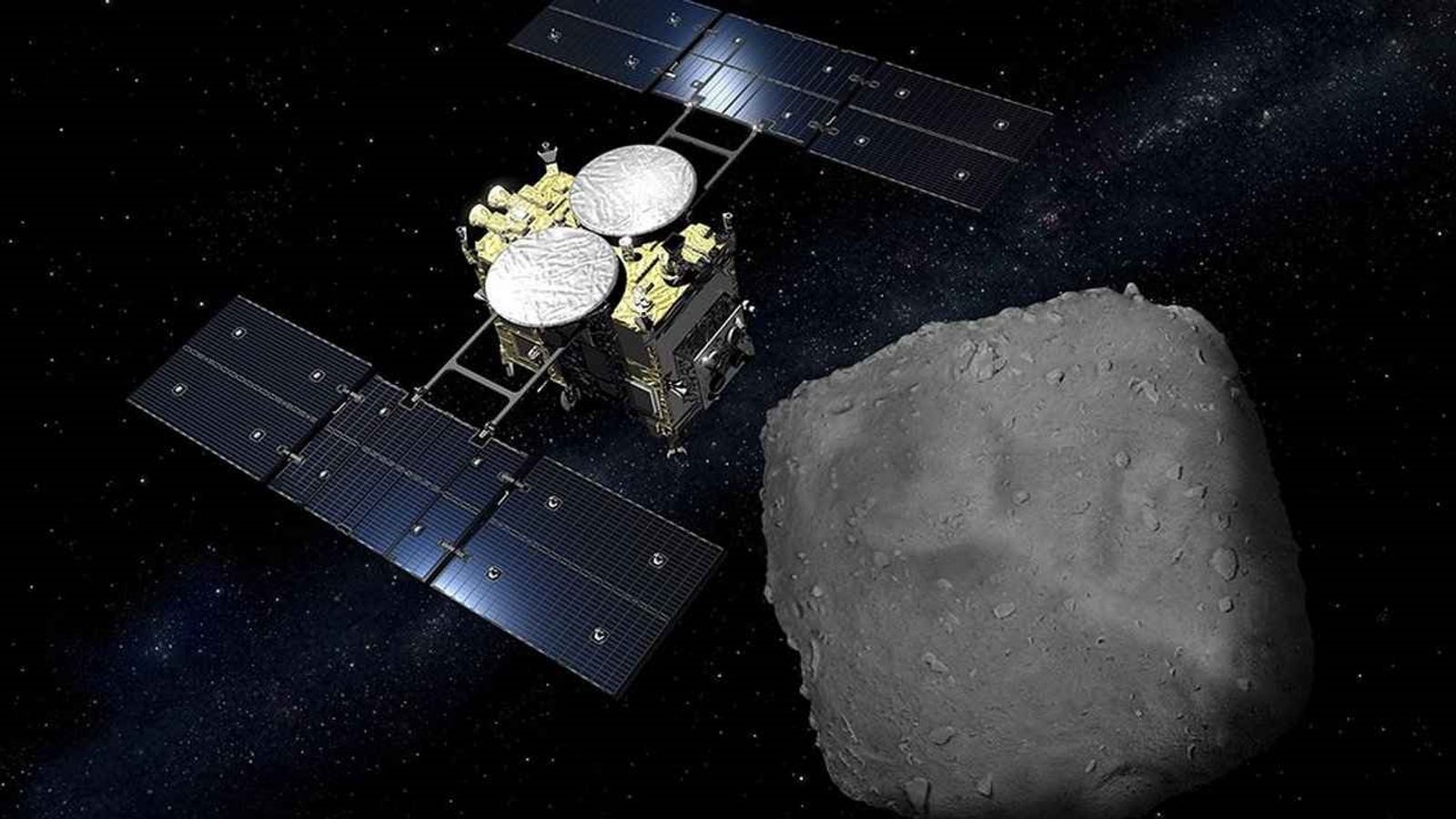 The Japanese space agency has released new images that show the effects of an asteroid's explosion in space.

The grain before and after the shots depicts the previously untouched surface of Rugu, an asteroid of about 186 miles from Earth.

The pictures confirm a turning point in what the Japanese Aviation Research Agency (JAXA) called the "first asteroid in the world" on Twitter.

[CRA2] The formation of the crater, where the Small Bearer collided with Rugu, is confirmed! These images compare the surface before and after the collision of SCI. pic.twitter.com/BZPYlHhSjs

JAXA sent a remote device packed with an asteroid explosive earlier this month. It destroyed an artificial crater on the surface of Riugu to try to find out more about the composition and formation of the space rock.

Unlike the surface of the asteroid, which has been exposed for billions of years, the crater reveals untouched materials from the earliest days of the asteroid. JAXA tweeted that it expects the crater to lead to "new achievements in planetary science".

[CRA2] This is the navigation image obtained on April 25 at 8:45 am JST. The height of the spacecraft was 2600 meters. Real-time transmission of real-time navigation images will end. From now on, observations at a small altitude will begin and we will inform you via Twitter! pic.twitter.com/QD7T606L2M

The total area of ​​the blast is about 20 meters wide, but JAXA says "did not expect such a big change," and the images of the new crater caused a "lively debate".

A small device carrying the explosive was deployed from Hybuba2 – a Japanese spacecraft that was launched in December 2014 and was stationed near Rugu last year.

[SCI] This is a picture taken with a wide-angle optical-navigation camera (ONC-W1) immediately after (a few seconds) separating the SCI. The SCI reflector sheet lights up white due to the image being captured with flash. This showed that the division was on schedule. pic.twitter.com/8FWWY470nI

The teams now assess whether it is safe to send the spacecraft to the surface to collect samples. If progress is made, Hayabusa2 is expected to be grounded sometime after May and return to Earth at the end of the year.

JAXA says that the samples, dating back to billions of years of mission, will help scientists "learn about the origin and evolution of the Earth, oceans, and life."

NASA is currently on its own space missions for asteroid samples. The OSIRIS-REx mission was launched in 2018 but is not expected to collect material from the surface of the Bennu asteroid by 2020.