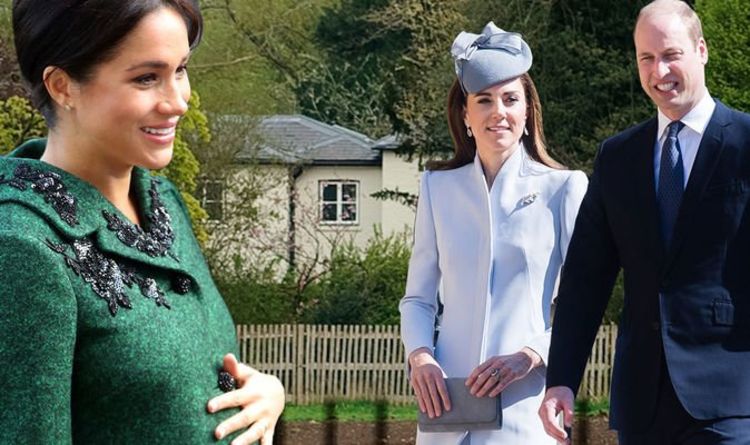 Megan and Prince Harry have already made it clear that they do not want to share the expectation of Babyby Sussex coming with the world. The royal couple instead announced plans to keep the details of the birth private. Now some royal fans are convinced that the baby has already arrived since Kate and William were spotted going to Frogmore Cottage over the weekend.

The visit of the Duke and the Duchess of Cambridge to the new residence of Sussex on Easter Sunday was particularly significant because it was the day they had to spend with the rest of the royal family to mark the Christian world and the Queen's 93rd birthday.

Therefore, the presence of Kate and William of the second-grader bolt raised eyebrows into royalist circles, with some speculating that they were there to visit the new baby.

From the improvisation gathered, during which the kings were told to enjoy a cup of tea, a source for Bazaar said: "William and Catherine visited because Megan could not attend the service.

"They wanted to be supportive and see how it works. It was wonderful afternoon."

"It's a really wonderful home and they've done such a great job with space.

"So much light and positive energy.

"I could not think of a better place to start a family."

During the rally, the so-called Fab Four was discussed for about half an hour and Kate was said to have asked Harry to give William an "olive twig".

Source of the Palace for Daily Mirror: "The duchess and Harry have developed a very close relationship over the years.

"Kate is aware of the importance of William and Harry to develop, not only because of perception, but also their collective responsibility to the monarchy as a whole.

"Harry acted as a defender of his brother through the war years of William and Kate, and the three of them continued to form the worst partnership."