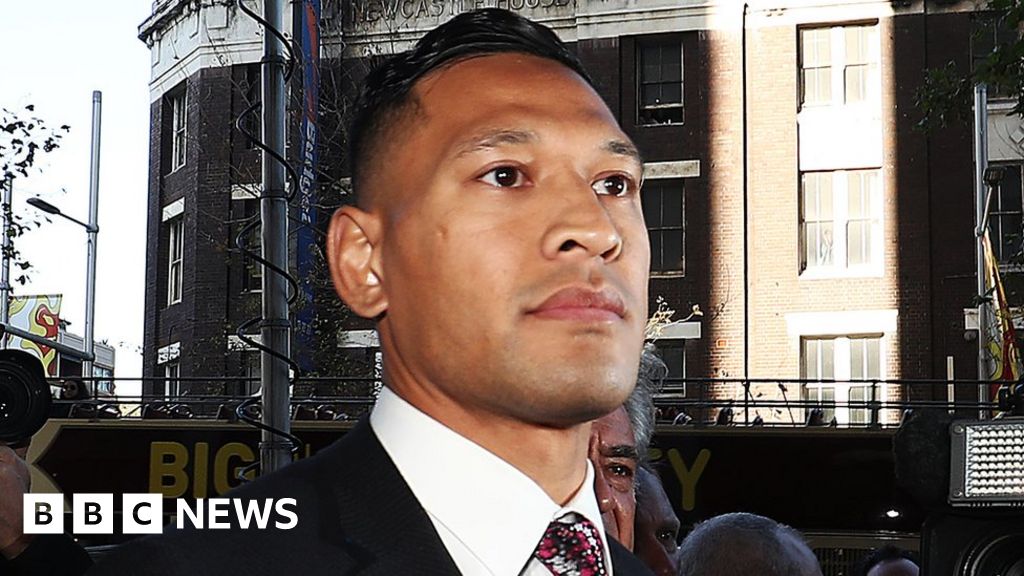 Rugby player Israel Holau has angered over the link between the crisis in Australia and the fire with the country's same-sex marriages and abortion laws.

Holau, who was fired from Australia in May for making anti-gay comments on social media, described the fires as "a small taste of God's judgment".

"He's a free citizen, he can say whatever he wants, but that doesn't mean he can't take the complaint into account. [and] an insult that would cause people whose homes are burned, "Morrison told reporters Monday.

Holau, a Christian, gave a sermon Sunday at his church in Sydney in which he said Australia's decision to adopt same-sex abortion and marriage laws went against "God's word", adding that the nation needed to "repent".

"Look how fast, these fires, these droughts, all these things happened in a short period of time. Do you think it's a coincidence or not? "He said.

His comments sparked outrage from many Australians on the Internet who saw widespread devastation.

He was also criticized by senior local figures who had previously backed him.

Rugby Australia (RA) fired the former Volabis player in May after he said on social media that "hell is waiting" for gay people.

The 30-year-old fullback has been convicted of these comments and others targeting transgender people, but he has also received vocal support from Christian groups.

Holau is suing the RA over his dismissal, claiming his contract has been unlawfully terminated because of his religious beliefs.

Rugby Australia has been firm in its decision to sack Holau, saying it violated the players' code of conduct. He was previously one of the highest paid athletes in the nation.