If you have Switch Lite, you should get this Nintendo flip case 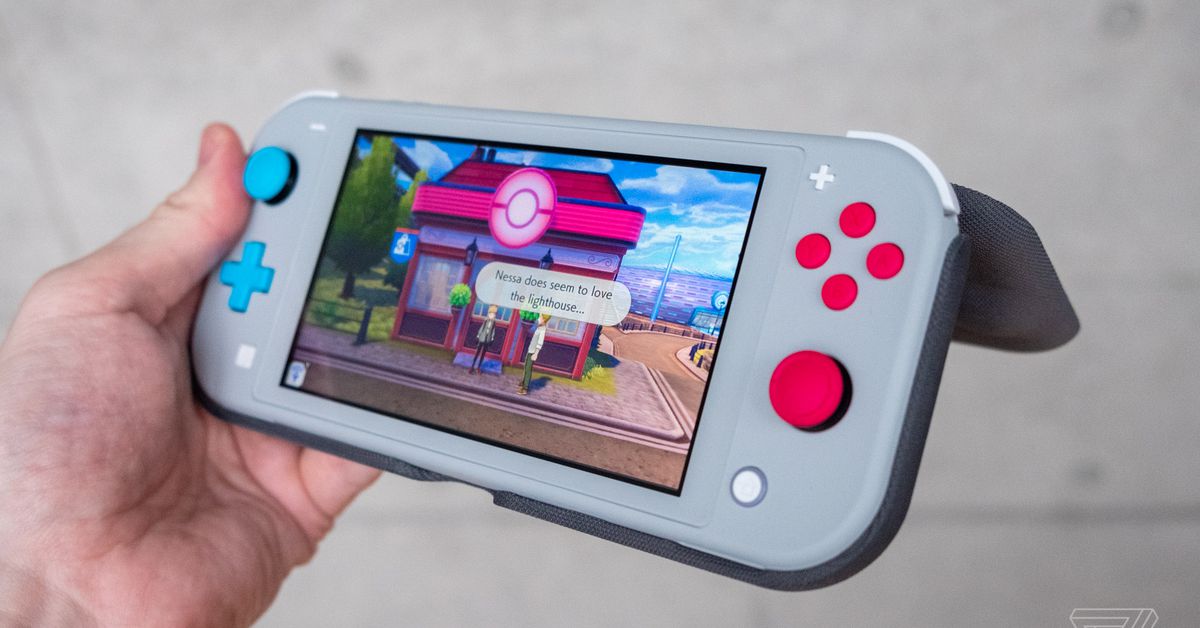 Nintendo has confirmed that it will begin selling its official, previously only Japanese Switch Lite Flip Cover in the US next month, with a release date set for January 9th. This is good news, because it's a great product and I recommend choosing when you find out if you use a newer, smaller switch. It does what I want to do, which is to protect the screen while adding as little as possible.

Flip Cover is a lightweight case in which the switch is coupled, with a magnetically fastened fabric and cover. It also comes with a plastic screen protector. I've been using the case for a couple of weeks now, as it came out in Japan at the beginning of the month along with Sword Pokémon and Shield limited edition Switch Lite, which I decided to wait for because, well, look at those pink and blue buttons.

The "Switch Lite" item is a portable version of the switch, but it is not that much smaller than an ordinary model. Lite is still a console that you will almost always need to carry in a bag. This is the best – I don't think I could play Fire Emblem: Three houses if the font size drops much further. But the overall size of the Switch-plus-case combination shrinks so dramatically with Flip Cover that it makes a big difference in system portability.

Specifically, Nintendo managed to make the case much thinner by covering the analog sticks with two slightly raised blows, rather than allowing them to take advantage of the dimensions of the whole case. Here's how it compares to the official Nintendo case I got with my original Switch launch in March 2017:

The result is that Switch Lite is now something I can just throw in a second thoughtless bag instead of a bulky luggage that I would only want to bring with me if I was sure to really use it.

Fortunately it's easy to turn on the Switch Lite in the case too, but you can still play the system with the lid attached and open if it turns out to be more comfortable. It doesn't overlap all the way back – it just swings down at a 90-degree angle without pulling. There is also a break on the USB-C port so you do not have to remove the case to fill the overlay.

I don't know why Nintendo didn't prepare Flip Cover for the launch of Switch Lite and available in many regions, because it feels like an integral part of the product to me, like Smart Cover when Apple first introduced it for the iPad. My only complaint, in fact, is not locking and unlocking the switch itself like the iPad Smart Cover, which would be nice.

However, for $ 39.99, I would recommend this to almost anyone. The point of Switch Lite is portability, so you'll probably want a case and this is the best I can imagine.