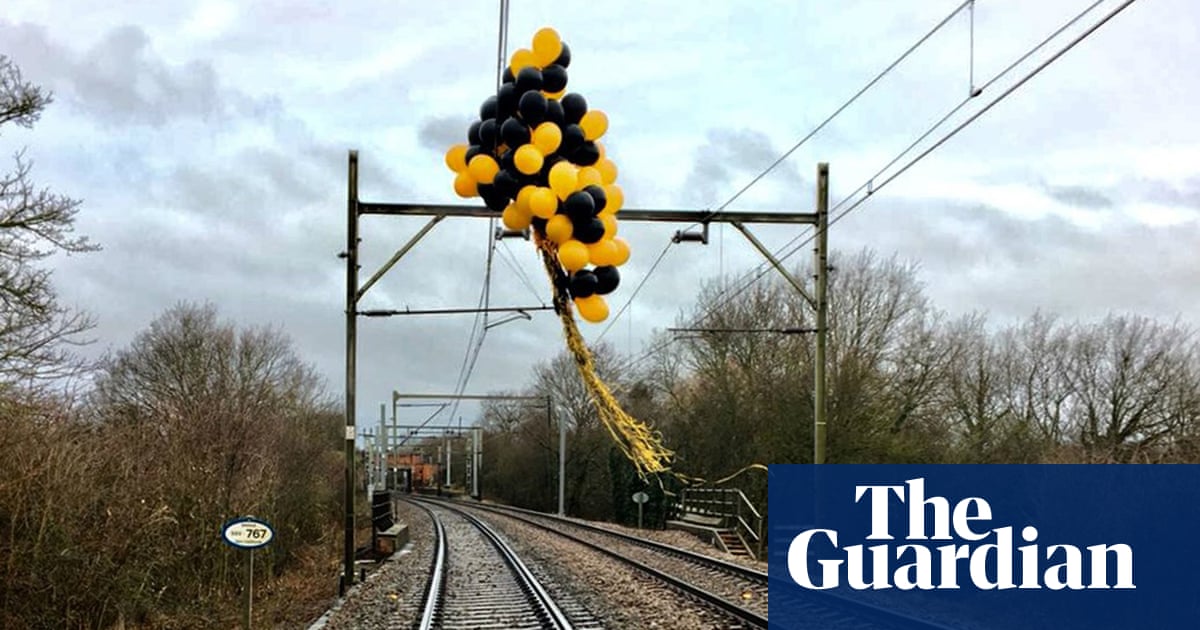 Railway passengers who are disturbed by a year of disturbance with time drops, strikes and seasonal weather are warned of another factor that causes delays: balloons on the line.

The Railway Network reported that there was a growing problem of balloons filled with helium, which it accused of causing hundreds of delays on the train annually at a taxpayer's price of about 1 million pounds.

Throughout England, Scotland and Wales, 619 balloon-related incidents – nearly two days a day – were registered by the company last year. Most of the delays were caused by helium balloons that clutched around the high voltage overhead wires, which could be potentially fatal for the person holding the balloon if they fail to fire.

Every time this incident occurred, the trains had to be stopped until the 25,000-volt electric power was switched off and the lines were made securely.

On at least one occasion, the trains could not move away from London to the main line on the west coast due to the Bologna question. Departures from Euston Station were discontinued in November when the balloon entangled in Haylem Hempstead's wires.

The latest incident, earlier this week in Birmingham, caused hundreds of passengers to be delayed, costing about 5,000 pounds, when the helium balloon was wrapped in overhead strings at Stamefield Rolf Street station.

James Dean, chief operating officer for the north western route in London, said: "If you're at a railroad station with a foil balloon filled with helium on the array and comes in contact with overhead wires with 25,000 volts, which can cause major injuries or death.

"Ideally, we would ask people not to carry balloons in our stations at all. Alternatively, carry them in bags so the risk of floating up is reduced."

Balloon artists reiterated the safety message from the rail network. The National Association of Artists and Balloon Suppliers has launched a campaign to stop the public who plays foil balloons, sky lanterns or other objects filled with helium with a plastic string or strip.

George Oustajaanis, president of Nabas, said: "Balloons carry entertainment and color and a sense of celebration at any event, but please take them responsibly and never throw balloons into the atmosphere. Respect the environment and prevent unnecessary hazards and delays – please do not play ".