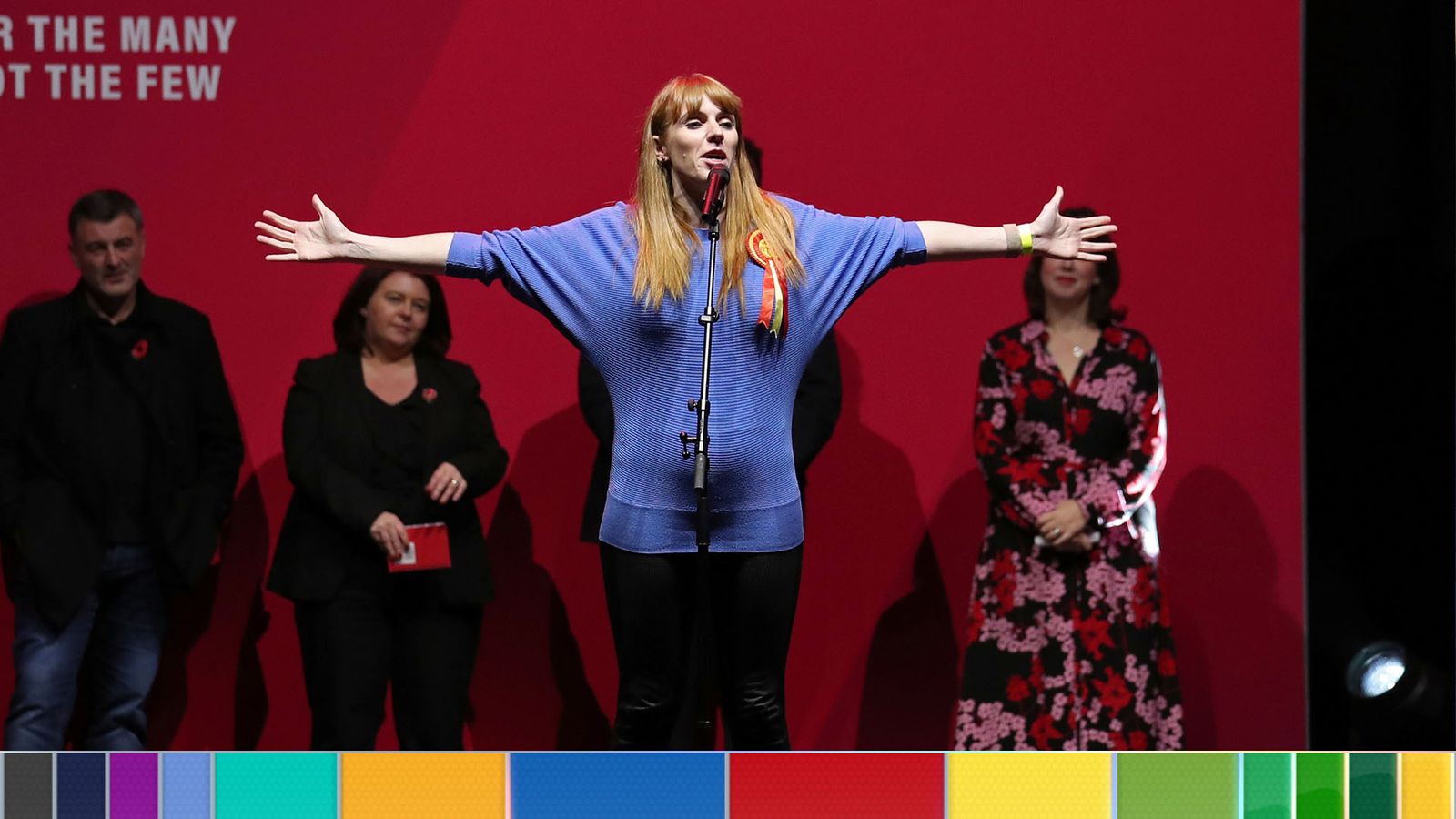 Labor's Angela Rayner has spoken emotionally about how Sure Start helped her as a 16-year-old mother, as her party unveils plans for 1,000 new centers and more free child care.

The shadow education secretary is joining Jeremy Corbyn to announce a Labor pledge to spend £ 1bn on new Sure Start centers and expand free childcare to 30 hours a week for all two, three and four-year-olds.

At a Labor Party rally in Manchester this week, Ms Rayner – now a 39-year-old grandmother – spoke passionately about her own disadvantaged upbringing and how going to a Sure Start center helped her become a better teenage mother.

She said: "A Sure Start center made me a better mum. It taught me how important it was to sit with my child and give them cuddles and read to them.

"You gave me a gift – to be a better mum than my mum had the ability to be, and you changed the lives of my children."

Now launching Labor's proposals, she added: "Investment in the early years can transform the lives of children and their families across this country, just like the last Labor government transformed mine.

"The Tories have slashed funding for Sure Start leading to a loss of 1,000 centers, while their so-called free childcare offer locks out those families most in need of support."

Mr Corbyn added: "The Conservatives are failing a whole generation of children. Labor will deliver the real change Britain needs.

"Parents are struggling to provide the childcare they need while many children are going hungry and growing up homeless."

Labor claims that under its plans an average two-year-old parent not currently eligible for childcare support would save over £ 5,000 a year.

Parents with children aged two to four who are currently only eligible for 15 hours will save over £ 2,500 a year according to the party.

But responding to the Tories, Nick Gibb, early years minister in the education department, said: "Giving children the best start in life is vital.

"That's why we are investing record amounts in high quality childcare and we have seen childcare quality improve with 95% of childcare now rated good or outstanding.

"Labor's plans to abolish Ofsted would leave these centers safe without anyone checking on their children."

The Conservatives are countering Labor's childcare and Sure Start pledges with a claim that they will boost GP appointments by 50 million, a 15% increase on the current figure of over 300 million.

After Boris Johnson announced an NHS visa for overseas recruits, the Tories are now promising to invest £ 2.5bn over four years in 6,000 more doctors and 6,000 more nurses, physiotherapists and pharmacists – and introduce more online booking.

Health Secretary Matt Hancock said: "I know it's often difficult to book an appointment with a GP.

"We all know the feeling of ringing a GP surgery first thing in the morning, holding on to get an appointment.

"We recognize our GPs are under increasing pressure, so we will put record funding into our GP surgeries, and help everyone get the care they need."

But Labor's shadow health secretary Jonathan Ashworth responded: "You can't trust the Tories with our NHS.

"They always make election promises which they fail to deliver on. Tory ministers promised us 5,000 extra GPs but in fact we lost 1,600 GPs under the Tories.

"After years of starving the NHS for cash, it's getting harder and harder to get a GP appointment under the Tories."

:: Listen to the All Out Politics podcast on Apple Podcasts, Google Podcasts, Spotify, Spreaker

Party leader Jo Swinson, who will launch the policy at a rally in Battersea on Saturday, said plans would close the gap between paid parental leave and the start of free childcare provision.

The Lib Dems have also planned to provide every child aged two to four with 35 hours of free childcare for 48 weeks of the year.

This would be extended to children aged between nine and 24 months where their parents are at work.

The Brexit Election: For the fastest results analysis and in-depth analysis watch Sky News live from 10pm on Thursday 12 December, with a KayBurley @ breakfast special election on Friday 13 December