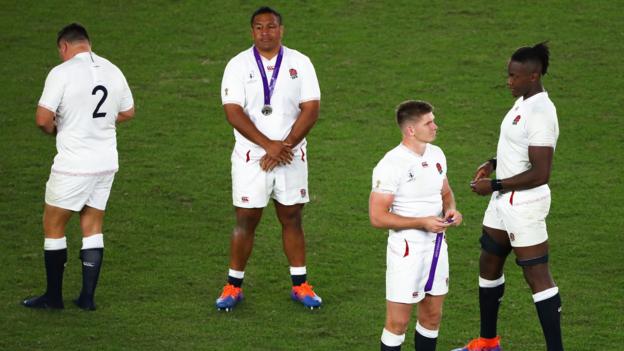 Subtraction leaves the Premier League champion at the bottom of the table. They have also been fined £ 5.36m.

Sarris provided six of the team that started for England in a 32-12 defeat to South Africa in the World Cup final.

"It can have a significant impact," Ons told BBC Sport.

"It's something we have to measure and look at very carefully."

The Saracens have decided not to appeal the penalties they have been given for offenses in the past three seasons, so go to the bottom of the Premier League at -22 points, 26th behind Leicester.

Onesons selected six of his players for the final in Yokohama, led by captain Owen Farrell. Others were Mako and Billy Wunipola, coward Jamie George George, sophomore Maro Itoye and full back Eliot Dali, who is yet to play for the club after his summer move from the Oscars.

"Obviously there may be some dislocation between the Saracens players and the other clubs," said Jones, who was the director of Saracens rugby in 2008-09. “It's a reality.

"So we may have to work to make those relationships a little harder and there may be some Sarasens players who feel like they have to play for their club instead of in their own country to make sure they don't fall. So we will weigh all those as they get closer. "

"I didn't realize how strong the class structure is"

Providing any problems between the Saracens players and the rest of the squad has done no harm is the last challenge Jones has to face as an England coach.

He had previously told BBC Radio 5 Live that the biggest hurdle he faced when he first took over the job in January 2016 was to deal with the cultural differences within the group.

"I didn't realize how strong the class structure in England is and how it affects the relationships between the players," the Australian said.

"When you look at the England team from the outside, it looks like a very homogeneous group, but it's actually very diverse and probably not well understood by the diversity of the group.

"We spent a lot of time preparing for the World Cup, making sure we understood the value of diversity."

A report this year reveals that 37% of male British rugby internationals come from fee-paying schools.

Oh, hailing from a working-class suburb of Sydney, he was asked if the difference was down to the stereotypical rugby division of "awkward public schools and state-run kids".

"If you have a group of people here and you have five Japanese, five Australians and five South Africans, they will tend to come together and it's good if they don't play as a team.

"But if those 15 play as a team, then you want them to be completely mixed, and they are subtle things that I was reasonably slow about."