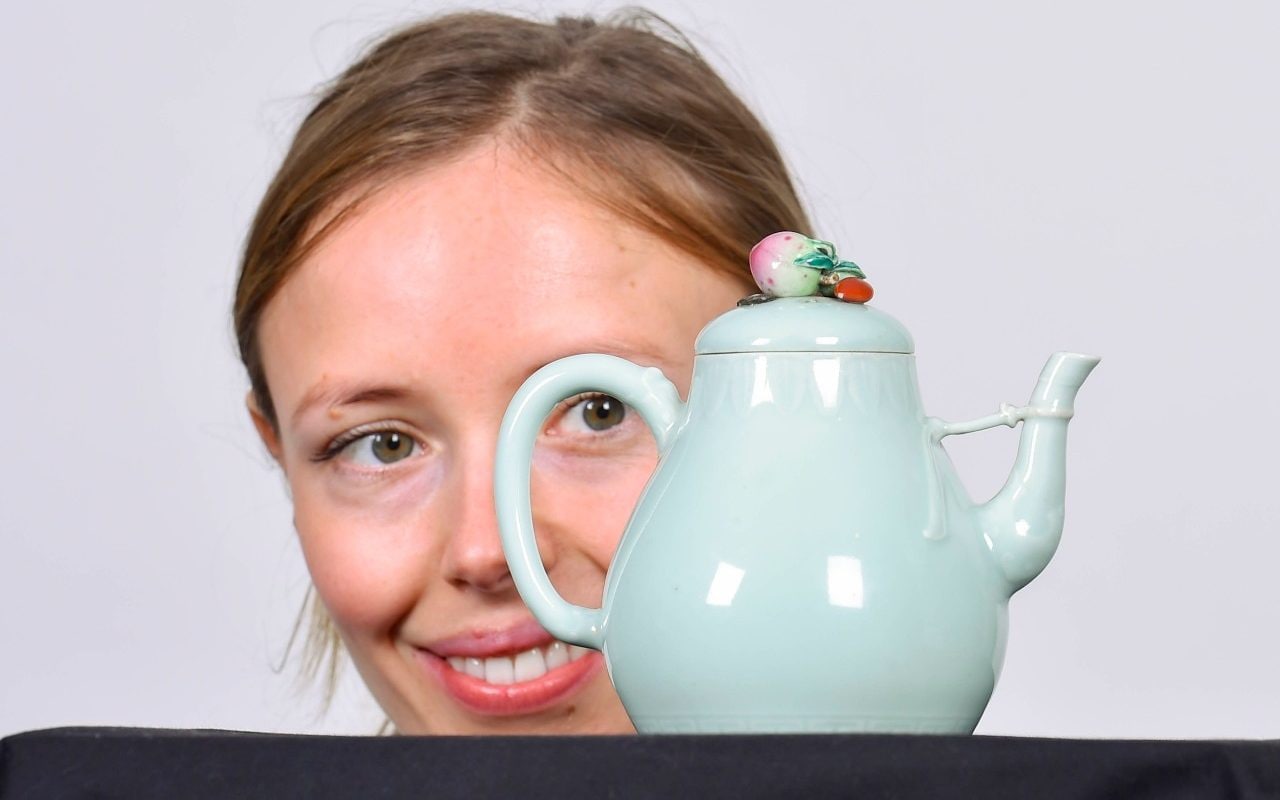 A. A Chinese teapot found on the shelf of a semi-detached house sold for a whopping £ 1m – despite having a damaged lid.

Its owner, unaware of its significance, put it down to show expert Lee Young, who was invited to a modest property in Dorset to appreciate some decorations.

Mr Young, of Duke Auctioneers in Dorchester, Dorset, identified the mark of his base as that of the Chinese Emperor Qianlong, who ruled between 1735-1796. On the cover was a fine peach, a symbol of immortality and unity in Imperial China, where peach trees were considered a "tree of life", and Chinese brides wore peach flowers.

Green tea of ​​5 celadon was conservatively estimated to sell for several thousand pounds, but interest in it began before the auction.

It sparked an international war with 10 bidders bidding for a successful phone bidder to pay a hammer price of £ 800,000. With the auction house's added fees, the total paid figure is £ 1,040,000. There was a startling applause at the auction house when the sale closed.

The seller, who does not want to be named, is a middle-aged businessman. The teapot has been passed down through the family for several generations, but its origin is unknown. He was sitting like a decorative piece on a shelf in the living room of the semi-open house he shares with his wife.