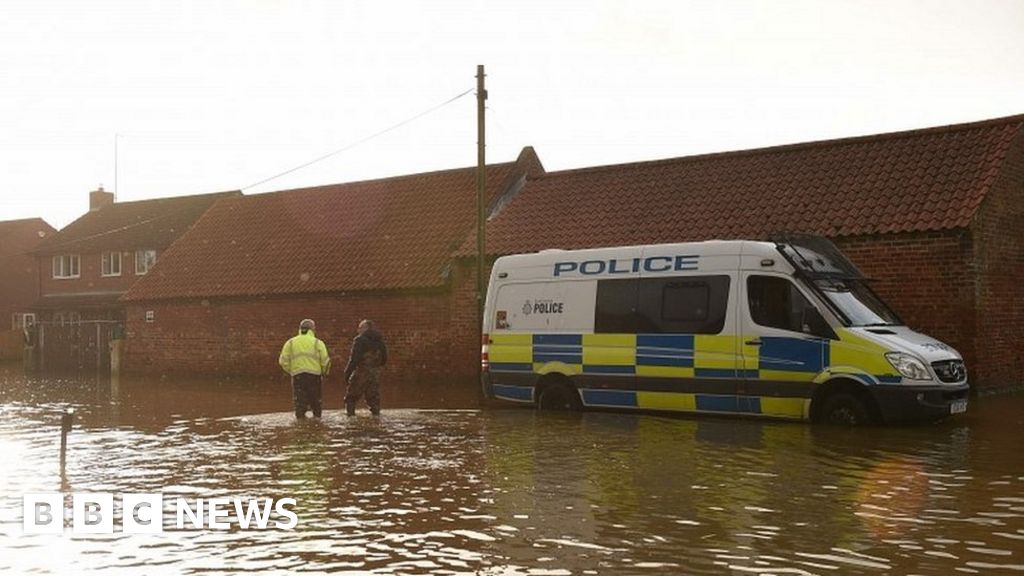 The prime minister is to chair a meeting of the Cobra Emergency Committee later in response to floods in northern England.

The Environment Agency has 39 flood warnings, including five serious warnings on the River Don in South Yorkshire.

Prior to the announcement of the government, Labor leader Jeremy Corbyn called on Boris Johnson to convene Cobra.

Mr Corbyn urged the prime minister to "take personal responsibility" for the situation and said he disagreed with Mr Nonson's assessment at the weekend that the floods were not a "national emergency".

He wrote to Mr Nonson, saying: "If this had happened in Surrey, not Yorkshire or the East Midlands, it would have been more likely that a national emergency would be declared."

A government spokesman said: "The prime minister will chair an emergency meeting … [Tuesday] to talk about the response to recent floods. "

The Parts Rain warning remains in place for parts of Yorkshire and the East Midlands on Monday, Tuesday and Thursday, and an urgent call for support for "displaced" families has raised nearly £ 50,000.

Doncaster council urged people to evacuate the village of Fishlake, saying it "can only offer dedicated support to people who are not in an area where there is a threat to life."

But farmers say they can't leave because they need to care for their livestock.

Oeo Housslam, 23, told the BBC: "I live in Fishley with my parents, brother and sister, but we all had to move out.

"In the history of Fishlake it has never been bad, according to some of the older members of our village.

"I am a HGV mechanic and run a family farm, so I borrowed a tractor on Saturday and helped rescue several people. I even saved my dad from the top window of the house.

"There are two feet down in the water, so the washing machine, the dishwasher, etc. are all under water and destroyed. We managed to get some things out of the living room, but not all."

He said he had heard reports of robberies in the village, but added that family members regularly returned to the area.

Four Environmental Agency pumps are located in Fishlake to remove floods from the village.

The local church collects food to distribute to residents and a roast dinner was given Sunday to those who remained in their homes.

Empty coffins were seen floating within the workshop of a flooded funeral parlor in the village.

Tractors and boats are used to try around the village, with many roads in the area under water.

According to the Salvation Army, some people have been rescued from their homes by boat since early Saturday morning, but others remain in their homes while military helicopters are used to help strengthen flood defense in the area.

Twelve flood warnings remain in Lincolnshire, where more than 1,000 acres have been inundated by Barreling Eu and some farms have been cut off, with some train lines still blocked by high water.

Said North its services at Rotherham Central did not work until further notice, with reduced services between Doncaster and Sheffield. CrossCountry trains are away from Doncaster.

The RSPCA is involved in a rescue operation to rescue 60 swans following a flood spill in Rotherham.

Further south, parts of Derbyshire are still affected by flooding.

The areas around Matlock – where former Derbyshire High Sheriff Annie Hall was in search of her death from the flooded Dervent River – continue their cleanup efforts, with further rain over the weekend leaving standing water on numerous roads.

Are you affected by the floods? Share your experiences by email haveyoursay@bbc.co.uk.

Please include a contact number if you are ready to talk to a BBC reporter. You can also contact us in the following ways: