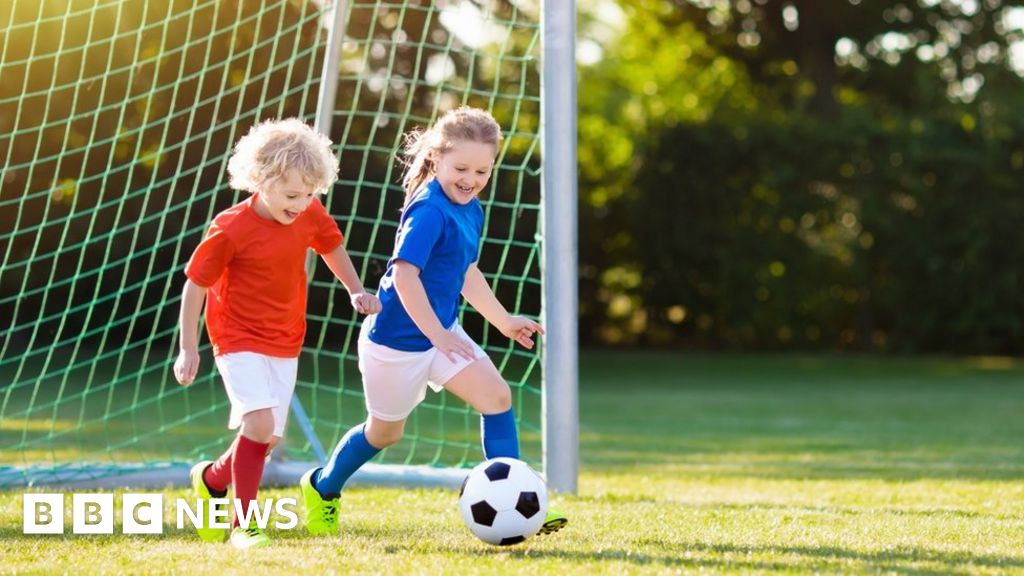 A Bristol University study found that between the ages of six and 11, children become 17 minutes less active per week each year.

The researchers monitored the physical activity of 2,132 children from 57 schools across the South West of England between 2012 and 2018.

The children in the study wore an accelerometer for five days.

This allowed the researchers to get an accurate picture of how many minutes a day the children engaged in moderate to vigorous physical activity (MVA) – enough to leave them slightly out of breath and sweaty.

The survey, funded by the British Heart Foundation (BF), showed that 61% of children in Year 1 did at least one hour of MVP a day.

But by year 6, only 41% had achieved this goal – recommended by UK chief medical officers – at one hour of MVPA each day.

The decline was particularly high for girls, falling from 54% to 28% by the time they finished primary school.

"We saw significant differences in levels of physical activity between boys and girls, with girls engaging in less MVPA and more sedentary time on weekdays and weekends than boys at six," the study said.

"Girls' MVPs have also decreased at a faster rate, so the gap between boys and girls is increasing between the ages of 6 and 11 years."

It also found that there were differences in the group of body mass indexes by age 11.

For example, a child who is over six years of age and remains so at age 11 participated in 10 minutes less MVPA per day at age 11 than a similarly healthy child at both ages.

But the study notes that "the data are from the area around a city in the UK, predominantly white British, which limits the ability to generalize to other settings, contexts and ethnicities."

The lead researcher prof. Russell Jago said: "These figures prove that more action needs to be taken to ensure that children stay active as they approach adolescence.

"This does not mean that children will exercise more, but they will maintain their level of activity.

"Developing early intervention strategies that help children maintain activity levels may include physical activity programs in schools, focusing on participation and enjoyment alongside popular sports – and a greater emphasis on promoting weekend activities."

Professor Jeremy Pearson, BH Associate Medical Director, said: "Almost a third of children in the UK weigh more than they should, while one in four primary school children does not meet recommended exercise levels.

"We know that children living with obesity are more likely to become obese adults – putting them at risk for developing heart and circulatory diseases and their risk factors, such as type 2 diabetes and high blood pressure, later in life.

"To stay active must be combined with policies that help families make healthy and informed choices, such as the 21-hour fast-food marketing watershed and limit the promotion of unhealthy food."

The research study is published in the International Journal of Obesity.