Barcelona Open: Rafael Nadal looks for a pleasant victory to reach the semifinals 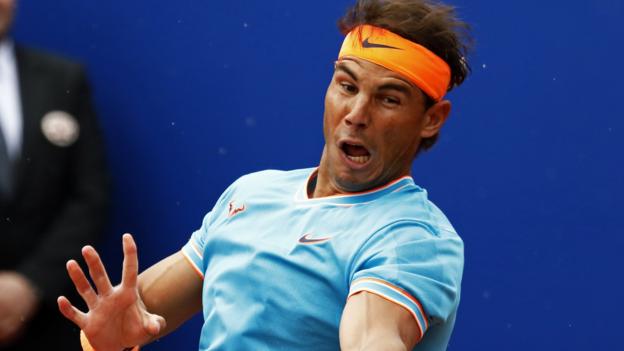 Rafael Nadal made a step closer to setting the ATP record when he softened in the Barcelona Open semi-final with a victorious victory over German Jen-Lenard Struff.

Nadal, 32, is hoping to become the first player to win the same event 12 times and celebrate this quarter-final match, winning 7-5 7-5.

Former world number one next will face 2017 finalist Dominique Tim.

"I feel better in my game," the Spaniard said.

"I hope to continue improving here at home," Nadal added, who last week suffered a semi-final defeat by Italian Fabio Fognini at the Monte Carlo Masters – an event he also won 11 times.

Nadal also fought in the early rounds in Barcelona, ​​losing a set of events for the first time in four years in his victory over Leonardo Mayer on Wednesday.

The Austrian team also had a comfortable crossing in the semifinals, surpassing Argentine Guido Pella 7-5, 6-2.

Nishikori will take over the Russian Daniel Medvedev on Saturday after the seventh offspring defeated the lucky loser Nicolas Jarry from Chile 6-3 6-4.