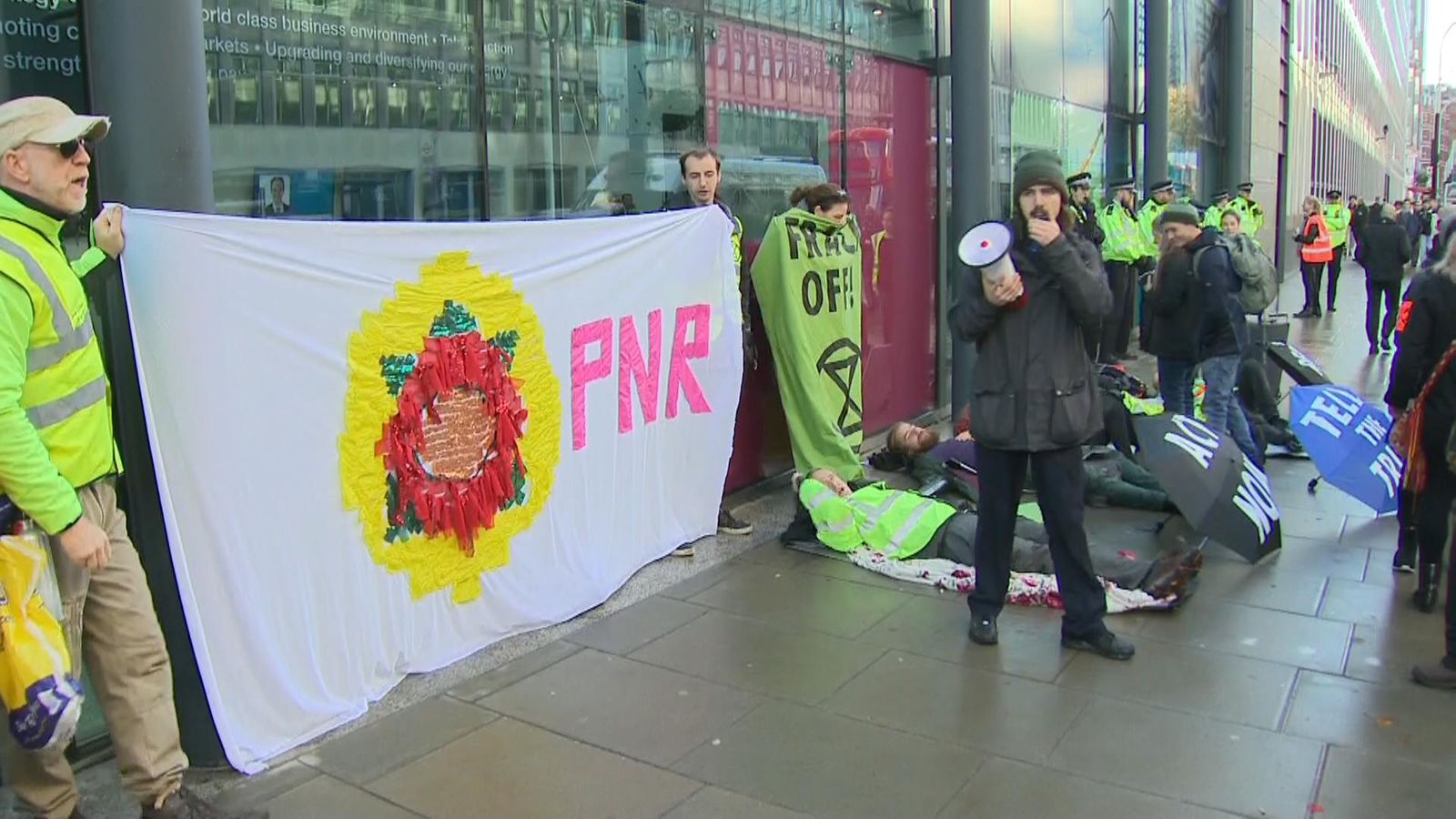 This weekend, we expect major disruptions in central London, as environmental activists are involved in a day of action called "Day of Rebellion".

The organizers of the Explosive Rebellion movement told Sky News that more than 1,000 demonstrators plan to block the Blackfriars, Waterloo, Westminster, Lambeth and Southwark bridges as part of the event.

The protest aims to draw attention to the group's campaign for immediate and dramatic actions by the British government on climate change.

"A small change will not help," said Miles Glyn, an activist involved in the organization of Saturday's protest. "This is just a huge change that can alleviate what is happening and perhaps provide a better future."

The group claims that scientific data, which show the magnitude of climate change, have been ignored by governments around the world and that an ecological disaster, followed by social collapse, is possible within one generation.

"I hear more and more information and I feel that I can not ignore this anymore" – said one of the volunteers for fighting the rebellion in Sky News. "You can not deny what is happening, and many people in the authorities know all this."

A leading climate scientist told Sky News that although Britain has ambitious climate change targets, it still needs to fully implement them.

Swenja Surminski, head of adaptation research at the London School of Economics, said: "On paper, Britain is in fact the world leader in terms of technology and also in terms of ambition. We have a climate change bill that specifies it must be done, but unfortunately the policy is delayed.

"If we wait, costs in terms of disasters, in terms of the impact on our economic system and problems such as water shortages that have already been seen, the longer we wait, the costs will simply be higher."

An insurgency for exploitation uses mass civil disobedience to draw attention to its concerns and stimulate change.

The group is comparing themselves with the suffragette movements and US civil rights movements, and claims that many of its volunteers are ready to be arrested or jailed for their beliefs. His demands include:

But Saturday's Rebellion Day is supposed to be the biggest of the previous ones.

The organizer Dr Gail Bradbrook said: "What really happens [our volunteers] "I tried everything else, I was on marches, I signed petitions, I donated money, I was in my MP." What remains to be done but break the law? Because you're saying enough in this spirit. "