The exoplanet could be visible in the visible range for the first time in history. 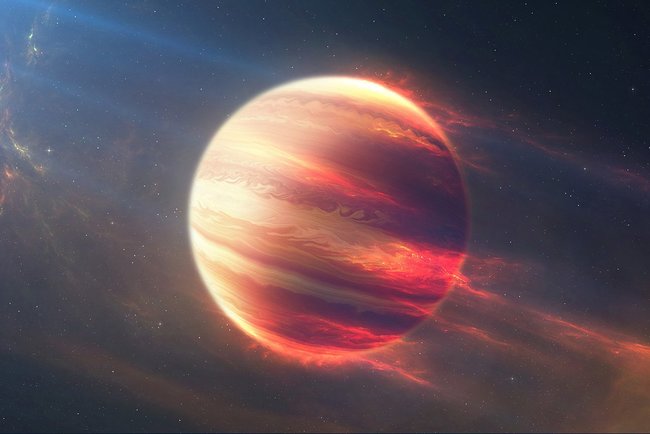 Technology, for the first time in history, has allowed planets to revolve around other stars

The astronomers of the European Southern Observatory for the first time in history have been able to trace the rotation of the planet around a star far away from the Sun. What's more, they even managed to get detailed images of this process in the optical field.

"For the first time, we could see the planet not by the method of detecting the brightness drop of the star, but observe its flight in orbit around the star, which is the beginning of a new era in the study and discovery of exoplanets," the scientists say.

The planet revolves around the painter Beta, the second brightest star in this constellation. The light is 64 light-years from Earth. The star is 1.75 times bigger than the Sun and shines 8.7 times more clearly. The star itself was created by cosmic standards very recently – only 20 million years ago.

The first star caught the attention of scientists in 1980. Because of the extremely intense infrared radiation caused by a disk of gaseous dust in which planets are actively formed. The first detailed images were obtained using the Hubble telescope in 2009, which examined the barely visible planet on the disk.

Subsequent observations of this rising planet revealed several peculiarities, including its record size and unusual, oblique orbit. Trying to understand how this system was created, planetologists are watching almost all the time Painter's beta, using various terrestrial and cosmic telescopes.

Then, using the NACO instrument of the VLT telescope in Chile, for four years astronomers observed the planet in detail, establishing the orbit of the planet. The device allows you to "remove" the star from the field of view using a special coronagraph that makes its planets visible to the human eye and computer algorithms.

Due to ultra high temperatures, life on the surface of the extrasolar planet and its moons almost does not exist. On the other hand, observations of such worlds will help planetologists understand how planets form and what determines the position of the "living zone" for bright and large stars.

Recall that earlier astronomers have discovered mysterious planets of rogues that are wandering through the universe without stars. Also in the solar system they discovered objects from the world of the dead.