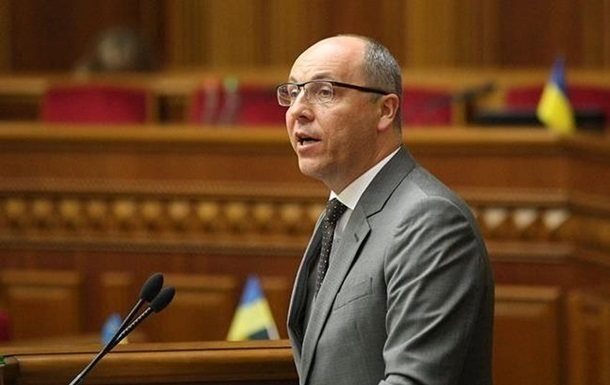 Photo: The press service of the Verkhovna Rada

Parliament Speaker urges Kuchma's initiative to ban the return of the fire in Donbass "a step towards surrender".

President of the Verkhovna Rada, Andrei Parubi, sharply criticized the initiative of the former President of Ukraine, the head of the Ukrainian delegation to the Trilateral Contact Group in Minsk, Leonid Kuchma, to ban the return of the fire in Donbass.

"The ban to return is not a step towards peace, but a step towards surrender. We will not allow Ukraine to surrender to Russia," the president said, opening the morning session of parliament.

Paruby also recalled the losses of Ukraine in the Donbass over the past day.

In turn, the head of the radical party, Oleg Lyashko, speaking from the public debate of the Rada's morning meeting, called Kuchma's initiative "absolutely idiotic".

Recall, Kuchma pointed out that when preparing an agreement for the introduction of a silence regime in the area of ​​hostilities in Donbass, a clause banning the return of the fire should be introduced.

"This is a matter of principle, since neither side wanted to be placed in an awkward position, and then be responsible for it. And today, we need to show the whole world that we want" silence. "It needs to be saved to but the ban is also imposed on the shelling of civilian objects, such as schools, kindergartens. The group must develop proposals before June 19. We will approve them on the 19th day, "said Kuchma.

As reported, Minsk is preparing a new truce in Donbass, which will come into force on June 10. Also at the end of the meeting was announced the abolition of the LDNR blockade.