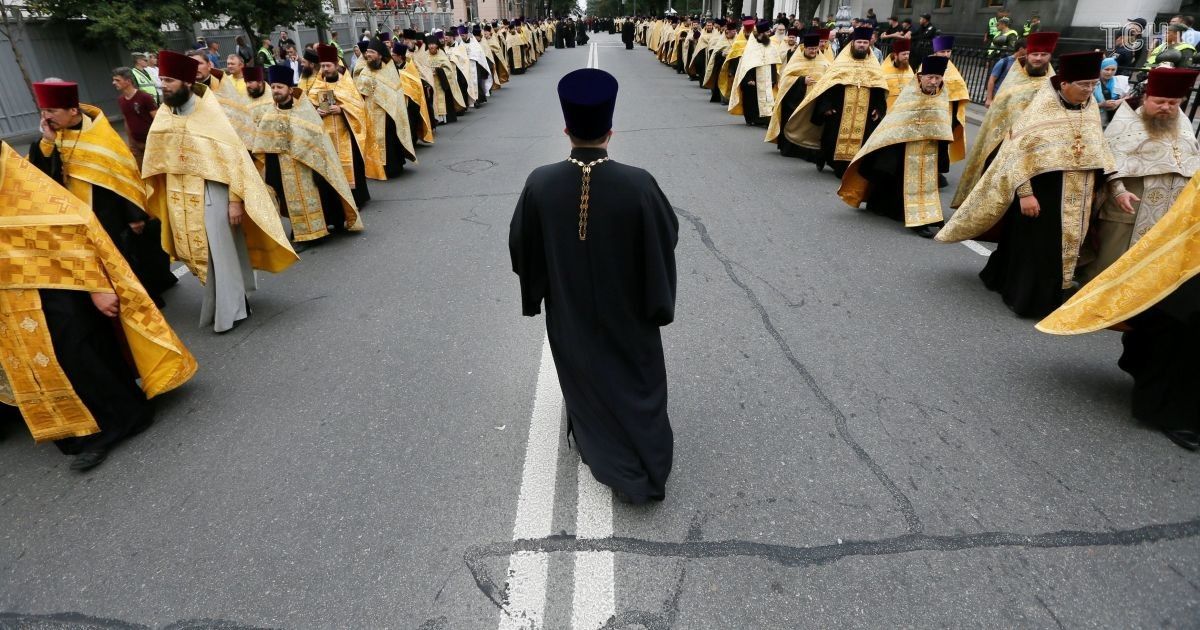 The event was attended by representatives of the Church supporting the association.

The President of Ukraine Petro Poroshenko met with representatives of the Ukrainian Orthodox Church of the Moscow Patriarchate. As reported by TSN, The meeting took place on the evening of November 13 at the Ukrainian House.

According to religious truth, three bishops of the UOC parliamentary assembly met at the meeting with Poroshenko: metropolitan Perejasław-Chmielnicki and Wiszniewski Aleksander (Drabynko), metropolitan Winnica and Barsky Szymon, and Archbishop Nowowachowski and General Filaret.

Director of the National Institute for Strategic Studies Rostislav Pavlenko told the reporters after the meeting that they were representatives of the UOC-MP, who support the unification of Ukrainian churches, reports of the Ukrainian Bi-bi-si service.

According to Pavlenko, at the meeting Poroshenko spoke about his talks with the Ecumenical Patriarch, and representatives of UOC-MP expressed their support for the autocephaly of the church in Ukraine.

He added that supporters autocephaly among the bishops of UOC-MP is much more than those who were at a meeting with Poroshenko.

See also:
In UOC-KP he told how the Moscow Patriarchate disrupted Poroshenko's meeting with his bishops

The head of the UCC-MP Department of Information and Education, Archbishop Klemens, said in a comment to the BBC that he did not know about this meeting. According to him, to meet with the president, "everyone can be, we have free bishops, citizens of Ukraine with the full scope of all rights, and can meet with everyone."

There was no meeting between President Petro Poroshenko and the Episcopate of the Church of the Moscow Patriarchate. Throughout the day, the negotiators waited for each other in various places: the priests in Lavra, the President prepared the Ukrainian House for this occasion.

Earlier this was reported meeting of the President of Ukraine Petro Poroshenko with the UOC bishops of the Moscow Patriarchateto be held on November 13, canceled. The head of the Department of Information and Education of UCC-MP, Archbishop Klemens, said that first the meeting place was moved from the Kiev-Pechersk Lavra to the building of the Ukrainian House. And then it turned out that it would not be there at all.

The Archbishop of UOC-KP Evstratiy Zory, for his part, said that the bishops invited to the meeting "are sitting behind the closed door in Lavra". He added that "The MPVU synod went in the morning with a clear clue: if any of the hierarchs do not comply with the Metropolitan decree (in fact – instructions from Moscow) – then, by the decision of the Synod today, he will lose his position."

He Bank noticed this Poroshenko remains open to dialogue with representatives of the Ukrainian Orthodox Church of the Moscow Patriarchate. A few weeks ago, the president initiated a meeting with all the hierarchs of the Moscow Patriarchate in Ukraine and invited them to the Ukrainian House. "But the one who does not want the result looks for reasons to refuse, so most of the UOC (MP) hierarchs have begun to seek explanations not to come to the meeting: they say that the place is not appropriate" – explained the administration.