Green's inauguration: when and how much 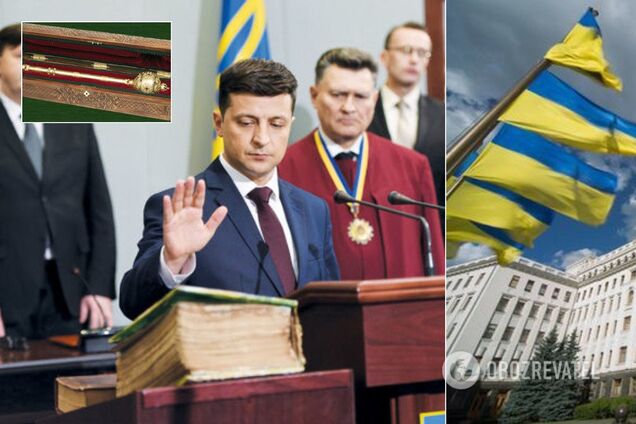 Vladimir Zelenski's inauguration should take place before June 3. Although the winner of the presidential election publicly declares that the Central Election Commission takes time, formally all the norms of the law have so far been noticed.

When and where the inauguration of Zelensky should be held, how much it will cost and what will lead to it – THE CONVERSER understood.

"The victory is there, but there is no power, someone is hiding from me." What is happening, I explain: the CEC postpones the official announcement of the results, so the Verkhovna Rada may postpone the appointment date for the inauguration, so that the inauguration will be after May 27. President Zelenski even did not have the opportunity to think about the dissolution of the Verkhovna Rada. This seems to be unfair, "Zelenski said on April 25.

Officially, Ze will become president only after the inauguration. To that end, the Central Election Commission must publish an appropriate resolution, which is not yet available.

On April 26, the CEC received all protocols with wet seals. It is also a matter of locations in Ukraine, and beyond its borders. Electronic protocols are considered on April 23.

According to the Constitution, the commission has 10 days to determine the results, that is, by May 1 (inclusive). This is done so that the participants in the process can complain about the decision. Furthermore, the newly elected President of Ukraine takes office no later than thirty days after the official announcement of the results (until June 3).

That is, from a purely legal point of view, there is nothing illegal in the process of taking over the role of Vladimir Zelenski.

That is why circulars around the political circles are spreading information from the oath may pass after May 27. The main disagreements of the People's Deputies and the SE are related to this day! Teams, because before that Zelensky can hypothetically dissolve parliament.

After the results of the vote were announced, the Verkhovna Rada took over the organization process. The time of the ceremonial meeting, the list of persons invited and other organizational issues, the president of the Rada coordinates with the newly elected president and the head of the Constitutional Court.

Watch the video on:

Where and how will the inauguration be held?

Details of the inauguration are listed in the decree of December 2004. It is stated that the procedure should take place in the hall for sitting on the street. Grushevskogo, 5. True, for example, in 1999, the newly elected President Leonid Kuchma took an oath in Ukraine's palace.

Therefore, with a strong desire, Vladimir Zelenski has a field for creativity. But does this make sense?

The process consists of a number of conventions, which, however, are quite important. The ceremonial meeting begins with the head of the parliament, and then everyone plays the anthem of Ukraine.

Inauguration of Vladimir Zelenski in the role of Vasily Golobrodko

The speaker publicly announces the guests at the meeting (including the foreign ones) and gives the CEC head the opportunity to announce the results of the election. Then, the head of the CCU declares that the newly elected president meets all the conditions for appointment, invites him to the podium, where he reads the oath:

"I, Vladimir Zelenski, elected the President of Ukraine with the will of the people, assuming that this high office, solemnly swear allegiance to Ukraine. I am committed to protect the rights and freedoms of citizens, to respect the Constitution of Ukraine and the laws of Ukraine Ukraine, to fulfill their duties in the interests of all compatriots, to raise the authority of Ukraine in the world. "

The excitement around the place of inauguration, as well as the consequences for Zelenski, grows every day. Betting companies are already betting on the likelihood of impeachment or the resignation of the president within the first 100 days of taking office.

As the OBLIGATOR in the "Favorite Sports" published, the most likely scene for the inauguration is the Verkhovna Rada – coefficient of 1.05. However, more non-standard options are being considered. The possibility of Zelenski to choose another place to mark – 3.00.

Do not forget about "secret signs" during the inaugural program. For example, the doors of the parliament were simply closed to Viktor Yanukovych, and the guard of honor's troops fainted for a moment near President Petro Poroshenko.

Bookmakers believe that during the inauguration, as in the previous time, a soldier from the guard can fall – a rate of 7.00. Or Zelenski will close the door – the rate is 10.00.

Among the guests will be the former presidents, deputies, as well as the heads of countries friendly to Ukraine. Given the warm communication of Vladimir Zelenski with the President of France, you should not reject the idea of ​​visiting Emanuel Macron in Kiev.

Also, the closest neighbors of Ukraine can make friendly visits: leaders of Poland, Lithuania, Moldova. Among the participants in the ceremony, we should expect senior officials from the European Union.

At the inauguration of Petro Poroshenko, for example, were the Vice President of the United States Joseph Biden, the Swiss President Didier Burhalter, the Polish President Bronislaw Komarowski, the OSCE head, Lamberto Zannier and others.

How much will it cost?

The cost of the President's inauguration is a complex issue. It all depends on the location, the number of foreign delegations and other nuances.

For example Poroshenko's inauguration cost the budget of 800 thousand hryvnia (at that time 67 thousand dollars). The largest graphs in the estimates were the transport costs, as well as the relocation of members of official delegations.

Do not forget that Vladimir Zelenski can take some of the inaugural expenses. For example, President Poroshenko after the official part of the program called the Arsenal delegation for an informal meeting, for which he paid around 200 thousand hryvnia from his pocket.

Are you still not subscribed to our Telegram? Quickly press!