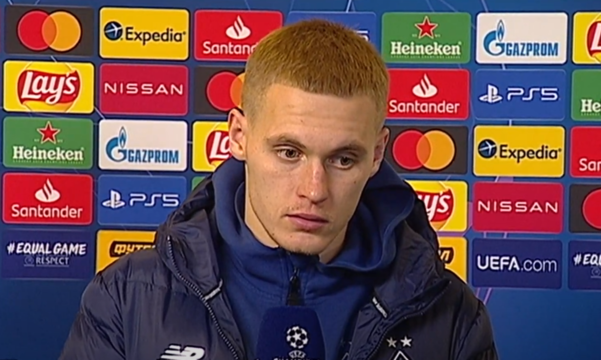 Attacking midfielder ““, the captain of the team in the match of the Champions League with Barcelona (0: 4) Vitaly Bujalski commented on TC Football the biggest defeat of the Kievans against Lucescu.

Nothing happened. And that is all. We played not only against a team, but also against Barcelona, ​​whose players cost 30-40 million. While we were strong, we tried to play, but it is difficult to play the whole match without the ball. Why did you stop playing after the second goal? It was psychologically difficult to get the match back. We played a lot without the ball.

After the break it was necessary to play in the same way as in the first half and more to run into counterattacks. Barcelona Squad Failed? When players do not play for a long time and go out to prove themselves, they enter the field with triple motivation, they succeed. As for our moments, each of them can decide the fate of the match. But when you play against Barcelona, ​​you can score two and receive three.

It is a pity that in the first half we played well, and in the second half we acted badly. After the first goal, everything fell apart.

Read alsoDinamo – Barcelona 0: 4. Video for the purpose and overview of the match

They did not know about the result of the match in Ferencvaros. We already found out in the locker room. Everything will be solved with us at home. After the match, the locker room was destroyed. Everyone understands that four goals is a lot.

We must forget and move on. We did not get the best group in the Champions League. You need to be realistic. Until recently we could not beat “Lugano”, but now there is such a jump. We are probably not psychologically ready yet, but we should get to this soon.