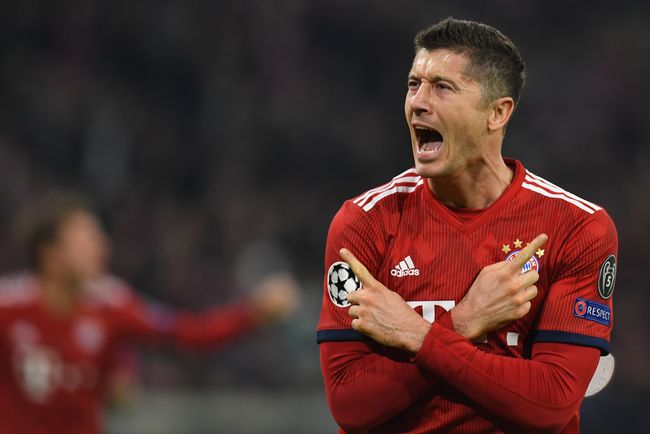 In the fourth round Group stage of the Champions League "Bavaria" beat Greek AEK with their score 2: 0 on their pitch. The victory of the German champions brought in a double Robert Lewandowski who scored in every half. The Polish legionnaire scored in the 31st minute from the penalty shootout and 71st from the match. In the Greek club in defense, the Ukrainian footballer Dmitry Chygrynski played for all 90 minutes.

The advantage of "Bavaria" was overwhelming. Statistics on the corner 11: 1, shots on goal 7: 1, percentage of possession of the ball 65:35.

In the next match of group E of the Champions League, Benfica and Ajax were linked. The match in the field of the Portuguese club ended with the result 1: 1.

Recall that on Wednesday in the match of the champions of England and Ukraine "Manchester City" with the score 6: 0 defeated "Shakhtar". Brazilian Jesus was spotted for hat-trick winners, and in one episode, match referee, Viktor Kashshai, mistakenly received a penalty kick to Pitmen.

You are viewing the news "Chygrynskiy did not help: Lewandowski's doublet brought Bavaria victory over AEK in the Champions League". For other football news, see block "Latest news"