As a result of a massive traffic accident in the Dnieper, three people suffered 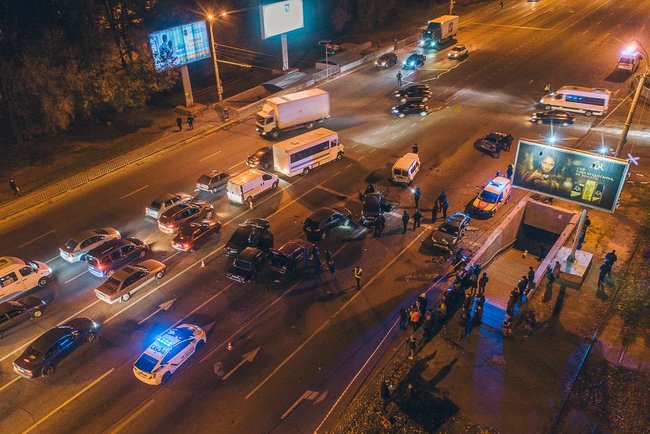 Their ambulances were taken to the regional hospital Mechnikov Dnipropetrovsk.

On Monday, November 19, great misfortune with the participation of ten cars, as a result, at least three people were injured.

According to the information from the scene, the cars clashed at the intersection of the Zaporozhye highway and the Cosmic Street around 8 pm.

As a result of the crash, three men were born from 1981, 1984 and 1976 – BMW, Subaru and Fiat Doblo. Their ambulances were taken to the regional hospital Mechnikov Dnipropetrovsk.

We will recall, earlier, the police announced that in the first ten months of 2018, more than 122 thousand road accidents in which 2,651 people died. Many accidents happened due to drunk drivers.

You are currently viewing the news "Ten cars collided in the Dnieper, three people suffered." Other news on the Dnieper River, see the "Latest News"