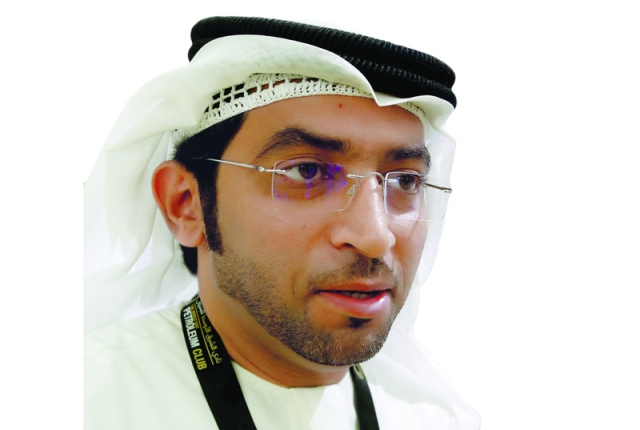 The UAE is committed to any collective decision to reduce production at meetings of the Organization on December 6 in Vienna, Ahmed Mohamed Al Qaibi, the UAE governor in the Organization for the Export of Oil, said.

Al Qaabi said in an interview with the "economic statement" that the United Arab Emirates is the main supporter of all efforts of the Organization and non-member states to make oil stability markets, noting that there is a principled agreement to reduce production, but so far, the amount of reduction has not been determined, Reduction of production The market is considering and will raise its final recommendations in quantities for ministers before the Vienna meeting.

Al Qabbie pointed to the importance of the flow of oil investments in international markets, which can help stabilize the markets in the short and long term.

Pointing to the first step of the UAE to invest $ 486 billion in the oil and gas sector over the next five years. He pointed out that the foundations of the oil market now, especially in terms of supply and demand, are positive and good, and the oil price reserve for the past five years is calmer and below average. 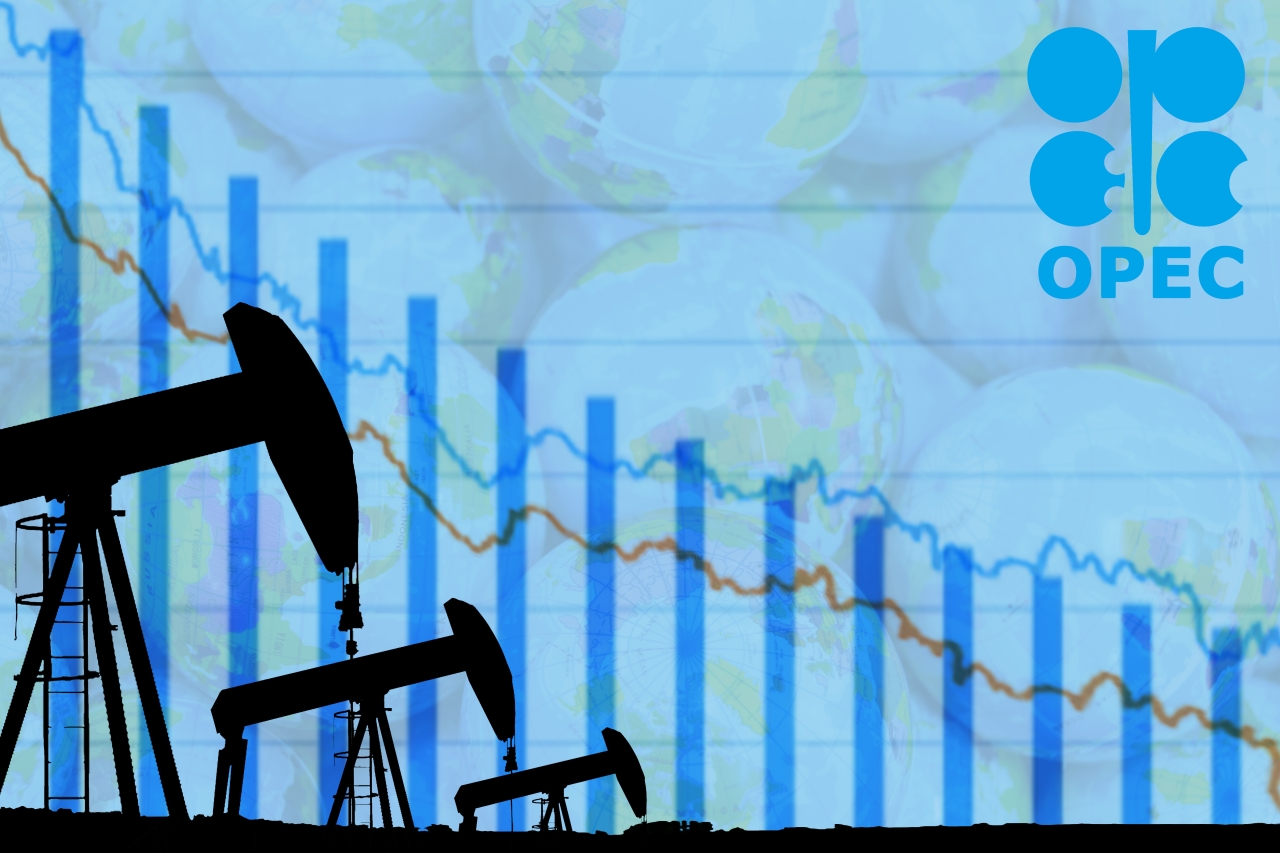 He noted that it is difficult to determine the price of a barrel of oil, which points to the control of new factors in prices, led by speculation and a revolution in technology and geopolitical factors, not just the supply and demand equation. The text of the dialog:

At the 11th meeting of the Committee of Ministers held in the United Arab Emirates, recently discussed several topics. Are you looking for more details?

The meeting took place at a very important time in world oil markets, preceded by a meeting of the technical advisory committee set up by the organization and delivered its final report to the Committee of Ministers at its meeting on November 11 at the Emirates Palace.

Technical committees met and reviewed all current market and price data, changes in supply and demand, assessed the implementation of a contract to reduce production, the commitment rate, and the degree of commitment of each country in its share.

The committee submitted a recommendation to the ministerial commission to monitor the reduction of production, which at its meeting decided to discuss all recommendations at the next OPEC meeting of ministers on December 6 in Vienna.

The ministerial committee reaffirmed the commitment of member states and the continuation of their efforts to balance the markets, serve the producer and consumer countries and promote the growth of the world economy, and stressed that Member States are capable and ready to meet the needs of the markets in case of lack of any product.

Currently, the Technical Committee continues its work and studies several scenarios that take into account the current state of the supply and demand markets. I would like to emphasize that at present there is a high probability of reducing production in comparison to the previous period, but we are still preparing our studies for the ministerial meeting in Vienna. There is a meeting of OPEC member states, followed by a one-day meeting of non-member countries.

We are still looking at market data, the Technical Commission continues to work and the market is falling every day. I confirm that the market is dynamic and there are many variables almost daily, and we will rise before the meeting. The Ministerial Committee in Vienna gave our recommendations, and today there is no formal agreement on the amount of the reduction, but we still have time.

What is the position of the United Arab Emirates for the commitment to the reduction decision and its efforts to push the markets towards stability?

The United Arab Emirates fully respected the contract for reducing production in the last period and is ready for any collective decision to reduce in the next period in cooperation with other countries in the Organization. The UAE is a strong supporter of any work that supports OPEC and its decisions and is aimed at the stability of international markets. Especially as the demand for oil and gas increases.

Where studies show that demand continues to increase from 97.7 million barrels per day in 2017 to 111.7 million in 2040. According to the latest OPEC reports, the sector should invest $ 11 trillion in new investments by 2040, and here we emphasize the importance of the strong step taken by the United Arab Emirates predecessor invested 486 billion AED over the next five years in the sector for oil and gas.

The move underscores the true vision of the future leadership of the United Arab Emirates and emphasizes the magnitude of these investments on the role of the UAE in pushing markets to stabilize as the market will not be resolved until new investments enter.

These investments underscore the strong desire of the United Arab Emirates to meet the global demand for energy in the coming years, especially when demand for hydrocarbons grows.

There are rumors of the weak commitment of OPEC countries and countries that are not members of the reduction decision, especially Russia. What's the problem?

OPEC also believes that the presence of non-member countries in their cooperation to reduce production is very important and necessary for the stability of global markets, such as OPEC and OPEC, with a balanced economic outlook that focuses on market fundamentals, in particular supply and demand.

I believe that cooperation with non-member countries is very important and their presence in any new agreement is essential for maintaining market stability, but it is also important for the flow of investments. I think there is a very great need for cooperation between the OECD and the non-EU countries in the upcoming period, More investments that will not come from a vacuum, but through collective action and a strong alliance, and that's what we expect to happen.

For the first time in the history of the Organization, Russia is joining this cooperation. Today, we have two countries that play a major role in the global oil production map and encourage stability markets, namely Russia and Saudi Arabia, as well as other countries that have contributed to the success of a 1 January 2017 deal to reduce production. Serves consumers and producers together and serves the stability of the global economy.

What is the fair price of a barrel of oil from the perspective of the United Arab Emirates and OPEC?

The United Arab Emirates and OPEC work to stabilize the market and balance between supply and demand, I assure you that there is no concrete price for a barrel of oil. No one can set a fair price today or next year, because oil is commodity.

It is a commodity that is not like all goods regulated by supply and demand. It is a commodity regulated, inter alia, by speculation on markets, suppliers, manufacturers, consumers, geopolitical factors and technology, especially when the entry of technology and smart devices in the oil sector drastically increases, reducing costs and increasing production. We do not know which technology will surprise us tomorrow.

There are also climate change and their impact on oil products. All of these factors are too much and control the price of oil products and can not control the majority of them and it is very difficult to set a certain price. I emphasize that OPEC does not appreciate oil prices, but works to achieve a balance between supply and demand, as it will provide a fair price.

I assure you that the fair price of a barrel of oil is achieved on the ground when we see an investment returning to the oil industry, since the entry of investments means that investors are sure about the feasibility of investments at the current price, and fair price attracts investments and achieves stability market and balance between supply and demand.

Markets are now improving well compared to yesterday, and most companies are gradually investing in new projects. There is an improvement in oil prices and most OPEC countries are rushing to pump more investment and the situation is improving.

«Adebek 2018» .. The most successful and most important

"I am a citizen of the Emirates and I am proud of this edition of ADIPEC," said Ahmed Mohammed Al-Qaabi, governor of the Organization for Exporting Oil of the OPEC (OECD) to the UAE. In my opinion, this is the most important event since its launch in 1984. This session achieved great success compared to previous years. The major investment course, discovered by many oil companies, especially ADNOK.

He added that the number of visitors in this session was the highest, reaching 145 thousand visitors, which is 45% more than the previous session, and was characterized by ministerial meetings and many scientific conferences and workshops compared to previous sessions.

"We have a standard for monitoring oil reserves in the OECD and America countries, where we take average prices over the last 5 years. I confirm that this rate is currently below average and we do not have any concerns at the moment and on all market grounds, especially in relation of supply and demand, Positive, but closely following market data for next year.

As expected next year's production increase, especially from non-OPEC members, noting that there is a rise in demand for oil by about 1.3 million barrels per day.

As OPEC's recent reports and research have shown, I also point out that market fundamentals are good, but we can be surprised by the large quantities of oil from non-member countries, and here we have to work hard on the stability of the oil markets, and this stability needs close cooperation between OPEC and non-member countries.

The market is dynamic and changes very quickly

"The oil market is dynamic and rapidly changing, dramatic and unexpected," said Ahmed Mohammed al-Qaibi, the Governor of the United Arab Emirates (Organization of Petroleum Exporting Countries) in the Organization of the Oil Exporting Countries. "If we return to the 1990s, the supply and demand equation was one that heavily controlled prices. Oil from America and European countries, but the situation has changed now.

The growth prospects of the world's population are increasing substantially, and expectations of increased demand are no longer limited to Europe and America. There is a high demand from Africa, Asia and Latin America, especially those with growing economic growth. Technology will greatly impact the supply and demand equation, as well as climate change policies and speculation on financial markets.

"OPEC is a purely economic organization that looks at the world oil market with purely economic criteria and data," Ahmed Mohammed al-Qaibi, the governor of the United Arab Emirates (Organization of Oil Exporting Countries), said.

"All of these are taken into account and no doubt OPEC decisions are purely economic translation of market conditions. OPEC works to meet the needs of the world oil market and does not impose a price, but its first and last goal is the stability of the market. has nothing to do with anything else. "