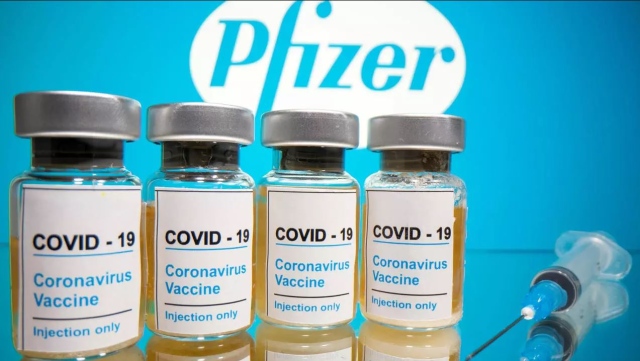 The Pfizer director came out of his silence after a campaign of criticism against Britain for being the first country to give the green light to the Coronavirus vaccine, reaffirming his full confidence in the safety of the vaccine, to the extent that he is ready to take it today and give it to his mother as soon as possible.

The UK approved the emergency use of a vaccine developed by Pfizer and Biontech last week to lead a global race to launch the most important mass vaccination program in history.

Earlier in the week, Britain announced plans to launch the Covid-19 vaccine this week, making the vaccine initially available in hospitals before supplies could be distributed to doctors.

The first doses are scheduled to be given on Tuesday, and the public health authority gives the highest priority to vaccinating people over 80, health professionals, nursing home staff and residents.

In total, the UK has demanded 40 million doses, enough to vaccinate 20 million people in a country of 67 million. About 800,000 doses are expected to be available during the first week.

And on Saturday, Pfizer UK CEO Ben Osborne said he was “very confident” in the safety of the vaccine, to the extent that he was “ready to take it today and give it to his mother who is as soon as possible. “

Osborne, 43, said he would not receive the vaccine until it reached those who had priority to get it first, according to Sky News Arabia.

He told Britain’s Daily Mail: “I will receive it voluntarily today. “I hope my mother, who is at the top of the priority list, will be in a position to receive our vaccine or any of the other companies if she gets the necessary license in the coming weeks.” .

He continued: “I do not hesitate to recommend my family to join the waiting list (to receive the vaccine).”