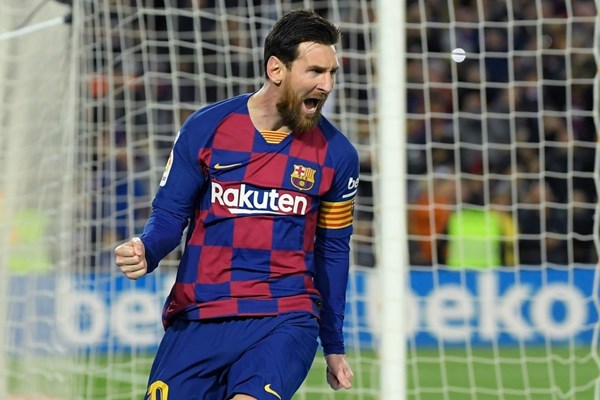 Anwar Ibrahim (Cairo)
Polish international star Robert Lewandowski, the Bayern Munich striker, did not hide his great admiration for the talent of the Argentine star Lionel Messi, his good skills and the difference from other players. One hundred years after the appearance of the “new Messi”. He added: “He is a unique innate talent and a wonderful player, and what he has achieved during his football career, maybe no other player could have achieved that, and maybe it took him a century to be born a player like him. “What Messi has done in the ‘green rectangle’ is incredible and exceptional,” said Lewandowski, who places him among the best players in the history of world football.
Lewandowski, who led the Bavarians to winning the Bundesliga, the German Cup and the Champions League, referred to the discussion about the Golden Ball award that was canceled by France Football magazine this year due to the pandemic of the new virus. Corona, who was a strong candidate for it, said: “It is sad that I canceled this year’s edition because I was looking forward to winning it, after what I achieved with Bayern and the testimony of football experts who unanimously agreed that I deserved it this year. .
Lewandowski expressed astonishment and ridicule to those who chanted the idea that Messi had become bored and bored with the many individual awards and I told them: I know perfectly well that the “flea” wants to win more awards, and this is logical as long as he continues to play on the highest level of competition, And in return, we do our job to the fullest.

The price of the dollar in Lebanon today, Sunday, December 6, 2020 … the pound wins