Bashir announced the opening of his country's borders with Eritrea 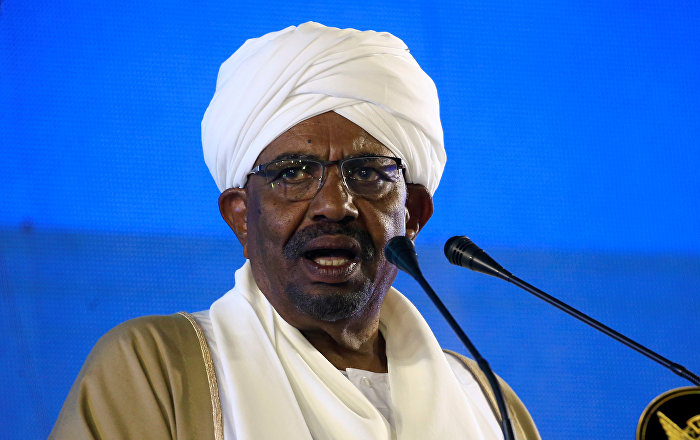 Sudanese President Omar al-Bashir announced the opening of his country's eastern border with Eritrea on Thursday.

Bashir said: "We send greeting to the neighboring countries, especially Eritrea, the president, the government and the people, and we declare to open the border with Eritrea because they are our people and our brothers and our situation and theirs."

"We have divided politics, but the one bringing us together is bigger than the one who divides us, and it grows, because it has history, geography, and blood relation," he said.

The border with Sudan and Eritrea has been closed for nearly a year after reports of the arrival of military forces from the Darfur region on the border with Eritrea.

The Eritrean state has accused its neighbors Sudan and Ethiopia of planning to back the Eritrean opposition by funding the country, according to an Eritrean Information Ministry release.

The Sudanese Foreign Ministry expressed regret over the repeated accusations of the Eritrean government for "unfounded", stressing the firm determination of the Sudanese government to adopt a policy of good neighborly relations and non-interference in the internal affairs of other countries.

What is the quality of the effective nutrition carrier system due to the sensitivity of the molars? – Al Arabi

For the invention of the "Space Zoom" concept, my preference is the Samsung Galaxy S11.