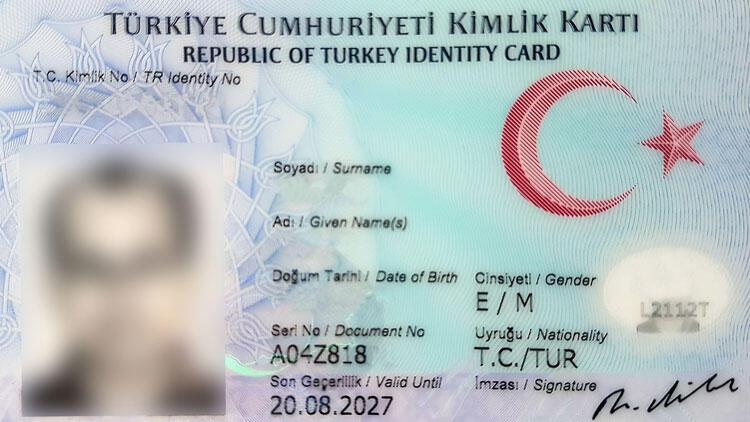 A person living in Istanbul last year abolished the ID card around his school to enter a public-choice election (CPSU) election.
When the examiners said they could receive a temporary examination certificate from the nearest governor of the district, the candidate who went to the governor of Fatih County returned to the school where the examination was to be done by the government of e-Government after it was closed and wanted to takes the exam. However, the person who was not accepted at the exam, is registered with the KDC.

The applicant requested that public officials be punished with negligence on his victimization, that the missed exam did not repeat, and that his material and non-pecuniary damage should be met.

During the period sent by SSI to examine the application, ÖSYM reported that ÖSYM has no obligation and obligation to ensure that the population directories are open for the exam days, except for the official working days and hours.

With the current identification document, the candidate who did not attend the test facility during the test period, indicating that there is no violation of the ÖSYM legislation legislation, the official working hours outside of the official working hours to decide to remain open for the Ministry of the Interior works. The ÖSYM's article, "on the day of the exam to be held open to the directors of the population" was not given any information.

The Directorate General for Personnel of the Ministry of Internal Affairs has no orders or instructions, therefore it is necessary to ask the population of the regional office not to be open and that the population directions should be opened at the central examinations conducted by ÖSYM for the days and hours the examinations given by the relevant institution. was open.

The MEC, which reviewed the application, rejected the applicant's requests for re-examination, material and non-pecuniary damage, as well as the authorities to take action Bashv.
The body advised the Ministry of Internal Affairs with ÖSYM in order to hand over the application to the caretaker's office for all examinations in the centers.

It is stated that it is not possible to take part in examinations held by ÖSYM without a photo and identity document. The decision stated that no announcements or announcements were made about the fact that the directors of the population were open or not on the day of the examination in question.

The fact that the loss of IDs at each level of the age is an event that can happen to all, therefore, the need to execute the official duty in all exams in order to prevent complaints.

The decision stated that ÖSYM was responsible for undertaking the necessary steps to keep the directors of the services in the test centers open.

YKS, KPSS Secondary / pre-license examinations within the framework of the application of the Population Directorate of individuals within the principles of security, predictability and stability in accordance with the principle that the administration can act by reliance on a similar application, made the following decision:
"It is understood that the candidate applied to the Governor of Fatih County in the particular case and the fact that the directorates for the population are not open is not compatible with these principles.