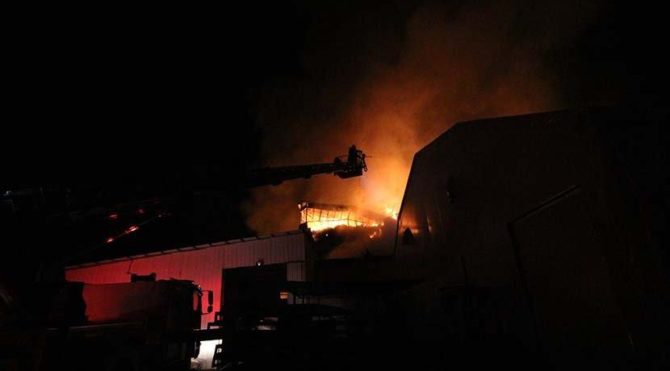 Fire, the area of ​​Pamukkale occurred in the neighborhood of Korchuk. In the textile factory at 3.30pm, for a reason that has not yet been identified, a fire broke out. Immediately after the fire, a large number of teams were sent to the Denizli Fire Department. The teams of the scene began to mix with fire with water and foam. Fire airports at the plant are located in an area near the travertine Pamukkale, one of the most important tourist centers in Turkey. The fire brigade firefighters at the factory in which the textile production and the store were made intervened with over 20 vehicles of about 2.5 hours.

On the other hand, factory workers tried to save the material inside.