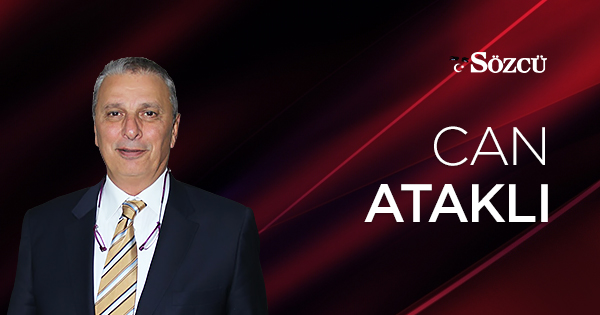 Relax on the north highway for cheaper traffic in Istanbul

Since the opening of the North Highway, the criticism has not stopped.
The reason is simple.
because when you try to use this highway You pay for the world.
This doesn't stop there, that way. as users pay, never use actually pays money.
From Edirne to Kars, from Sinop to Mersin once living everywhere in Turkey without even knowing highway In the pocket of AKP contractors cash flow.
Because that's the deal.
AKP contractors, they built bridges and roads; to cover costs they impose very high tolls.
But that is not enough Dear Government, Daily Guarantee for Transit of Vehicles for Revenue Collection in Needed Time He has given.
You already know that.
On top of all this, there is a way to build this highway. Northern Forests in Istanbul sacrificed.
We fought for days The number of trees cut down in the Qaz mountains is 200,000 on finding Nearly 2 million trees have been cut downLet's not forget that.
Now that the road is built, bridges have also been established In favor of Istanbul Let's use.
I say power, let go of his stubbornness, put aside his ambition to make extra money and a toll on the north highway with a TEM highway.
If so a victim traffic in Istanbul. relief It happens.
And I would argue that if the cost of these highways and bridges is equal to others an explosion in the number of vehicles passing by daily It happens. So much so that the state does not even have to close the gap.
a lot a simple example I want to give.
Gebze, Sabiha Gökçen's TEM to get into the passing car up to 5 lira pays money.
The same person from the turn of Sabiha Gakcen If you try to use the North Highway, you will pay 46 liras It happens.
When that is the case tens of thousands, even hundreds of thousands of vehicles, even if the traffic is very busy Prefer TEM That is.
However, if prices are normalized these hundreds of thousands of vehicles will use the North Highway and use many outlets on the Anatolian and Rumeli side of town. and traffic in Istanbul will relax.
also, Connecting roads on the North Highway mercenary.
Connection paths should be free, just like the TEM paths.
In this case, for example, Tens of thousands of vehicles using the Checkmate line, The North Highway can slip into connecting roads, TOPThis will also reduce the traffic on the connected roads.
Highway, Traffic Directorate of Istanbul, Metropolitan Municipality of Istanbul common calculation of traffic flow this may reveal the situation.
My advice to the AKP, "Our money is missing exc they are the initiators of this feasibility without having to worry.
A little now for the benefit of the public The ruling party should consider that work needs to be done.

You need to write it down

in the account We always stand before America right?
This is what they are telling the nation.
Millions of people swallow it.
Although what is happening at our Syrian border is obvious, epic And there's a lot of faith in that, to say the least.
Part of the nation against America epic You inanad, Another order of America we met.
No foreign agencies we will never learn actually.
look on Bloomberg's original website Now that we know from the news, Zirat Bank, He ended his private relationship with Venezuela.
Central Bank of Venezuela, so far pay contractual fees, make money transfers and import products into Turkish Lira Services of Zirat Bank That benefit ..
Zirat Bank, White House National Security Adviser On Bolton, Companies and institutions working with Maduro management, "Move very carefully, you may be subject to severe sanctions" to warn accepting orders ended its financial relations with this country.
We are an independent and very strong state Oh, that's what happens.
In this "New Turkey" They say I'm very bored.

Negative ideas for President Turk-Yash are now in place

Sometimes extended friendly hand, another bad situation?
Yes, for sure.
The last example of this President of Türk-İş Ergün Atalay is the case
Atalay, worker will protect government's right to accept increase in aircraft speed and minister, "We have to mix it. At least I turned off the böyle came a few days ago
Of course, both workers and politicians to the president of Turk-Hash intense reactions It has arrived.
of course pro media he didn't say much about it.
However, yesterday, a period of AKP leading names, who also served as a View all Yalçın profile He wrote a piece that protects and praises Atalay.
According to Akdogan Türk-İş which is a very difficult task for Ergun Atalay 'Yellow syndicate & # 39; He couldn't do it. He knows everyone recognizes Atalay, all for the development of union rights in Turkey dedicate his life, this power is not power, not fully with the support of the workers someone who came.
"Atalay does not sell what workers do, nor does it take a position as a government." Akdogan in his article praising Atalay, Karshi Against an indirect intervention or attempt to regulate politics, he was portrayed as a lion and advocated for democracy. He never practiced cannibalism and did not bend to the wind. " he said.
According to an article by Yalcan Akdolyan, the president of Turk-Hash Sincere friendship with Erdogan and long-standing law. Had.
I say sometimes hand extended as a friendly hand, it actually puts you in a much better way of who you are.
Contact Yalçın directly Thanks to this, we have a better understanding of the President of Turk-Hash.
he thanks Our debt.

The presidential logo on the posters is not a light bulb

He criticized Erdogan's billboards for all the street holidays. "On such a holiday, there should be no discrimination in accepting and integrating the nation. I said.
By alerting a friend after the article is published worse I saw him.
In these billboards, under the photo and message of Erdogan's celebration, President and Chairman of the AK Party She writes.
The bad thing is on the billboards. The AKP emblem instead of the presidential logo used.
So does Erdogan AKP president, before the presidency It is coming.
He probably thinks there will be no AKP presidency and he is giving his weight to his party.
But let me tell you, even if it's technically true, someone who is president cares more about his party than this office. that things are getting worse Is a sign.
From what I understand Erdogan is aware of this bad trend and does everything he can to stop it.
Is it a cure?
I do not know.

Dmitry from Istanbul to Izmir in two hours

the singer Photographs by Demet Acalan likes the new highway in Izmir and Thanks to Erdogan was the event on social media.
Deputy of the PE Contact Mahmut directly More about Demet Acalan investigation wanted to open.
According to Tanal, he went to Izmir in two hours. Demet Acalan, exceeded permitted speed limit on highways, therefore it must be punished.
Thanal, also for Erdogan Ten Commendations for someone who has committed a crime for his work. " wanted an investigation.
Of course, so did Thanal beautiful joke for me
Demet Acalan for two hours Ini that the world is going its own way ” He says so.
Here I would like to say to Demet Acalan; "My beautiful daughter, you liked the Izmir highway, you found the normal price and you wrote that money was taken in Italy. However, I wish I had made a comparison with Turkey. The Istanbul-Ankara motorway and the Izmir motorway are of the same quality and length. But when you go to Ankara, you only pay 25 lire, you pay 254 lire for Izmir. That's the problem, it's being criticized, or, frankly, the highway was like skiing, it's another thing. "