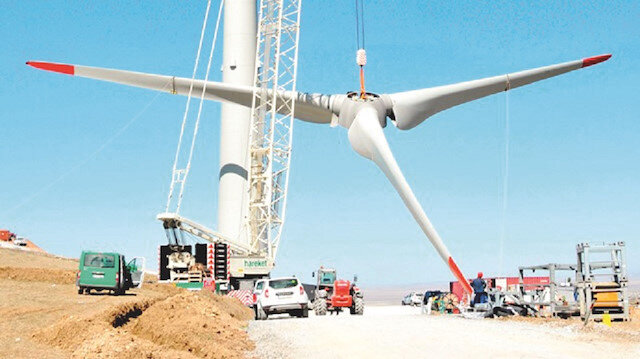 Energy Market Regulatory Office (EPDK) President Mustafa Yılmaz said la The installed capacity of installed RES power has increased by 50 percent in the last 3 years and has reached 6,800 MW. When we look at investments made only by wind energy investors in our country, we have invested 260 million dollars in the 10 months of 2018 Ül.

EMRA Chairman Yilmaz, Turkey 88,000 MW installed in about 8 percent of the electricity generated by wind electricity, he said. Yilmaz said 6% of the 295 billion kWh of electricity consumed in 2017 came from wind farms.

Yilmaz stated that the contests were conducted in accordance with the procedure of offering the lowest price of YEKDEM and that the powers were allocated to investors who gave the lowest bid, starting from the price of 7.3 USD / cn. KWh. Competitions won. The remaining 16 projects were allocated with a capacity of 447 MW and offer prices. The average weighted offer price in contests was minus USD 0.11 per kWh