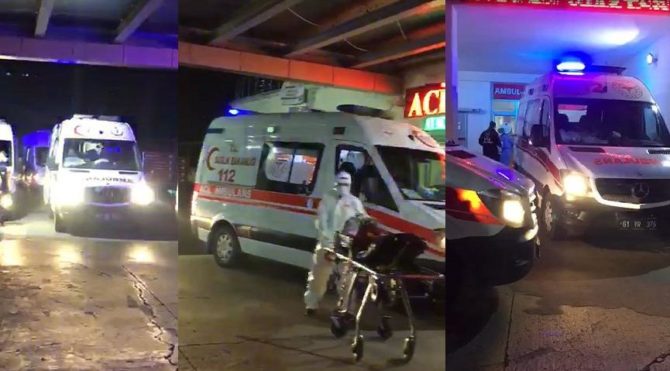 The measures were stepped up in Trabzon, announced by Health Minister Fahrettin Koca between the provinces with a significant increase in the number of coronavirus cases. As the number of cases in the city increased by 50 percent, some residential areas began to be quarantined. City health teams, which say the occupancy rate for intensive care beds is 75 percent, are making intensive efforts to train patients with coronavirus in the hospital in ambulances.

In the emergency room at the Kanuni Training and Research Hospital, where polyclinic services were removed and patients with Covid-19 were cared for in the city, ambulances were called in to evacuate patients in case they were scared the night before. A citizen who witnessed the moments of intensity when the ambulances lined up while the emergency center was busy at certain times, captured these moments with a camera on a mobile phone. Many followers of the social networks where the pictures were shared called on the society to respect the epidemic measures. (DHA)